Mind the Gap: History and its Role in Rising Racial Tension 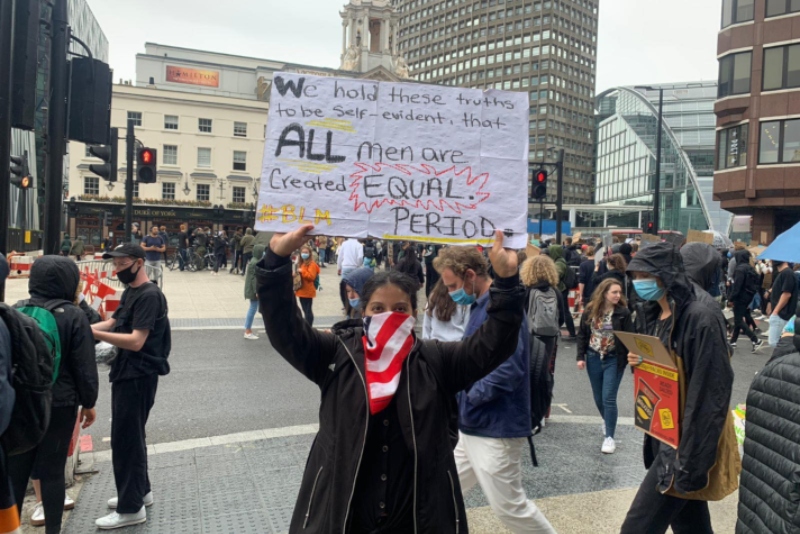 Racism is not a sexy topic and one we didn’t think we’d need to address on a parenting community that values inclusivity. The conversations make people uncomfortable, and rightfully so since it is not an easy issue to discuss. It’s polarising, it causes hurt, reflection and anger.

However, racism is alive and well in the world and we are being exposed to it more and more every day. A prevalent topic in current events is the preservation of historical statues and the links to racial biases in storytelling. The aim of this blog post is to walk you through some uncomfortable truths but also offer some perspective into why there are rising tensions between race and heritage.

A look at who’s who in history

The UK and many European countries were superpowers in the rise of imperialism and colonialism and history is often told from their perspectives. Don’t believe me? Then ask yourself, whose museums are filled with treasures from all sorts of far away lands and how did they get there? Whose stories get to be in the textbooks? Which conquests
or battles are covered? Which figures get to be seen as heroes? Whose statues get erected in our cities? What holidays do we celebrate? The list goes on and on. Whose heritage is at the forefront?

What we fail to recognise is that for every victory, there is a dark side that is conveniently left out. We forget that violence, deception, destruction and the expense of life also came as a price of these conquests. Historically speaking, the lives of those who made the history books were those who won. History then glorifies them accordingly. Those who lost, well- it’s really no surprise that those details fall by the wayside-. The reality is we aren’t taught to think about
those whose stories don’t get covered in class. We aren’t conditioned to question why we don’t learn their stories or heritage. As a result, we continuously fail to mind the historical gap.

These missing stories are no accident. Someone didn’t just forget to write them into our textbooks or into our curriculums. I mentioned earlier that those at the centre get to define the rules, get to prioritise what we focus on and what we don’t.

Take Columbus day, in the US, for instance. We celebrate that Christopher Columbus discovered the Americas and
“put them on the map”. We don’t really talk about the genocide of native Americans and the Indigenous tribes that already inhabited the Americas and the Caribbean Islands. Instead, history doesn’t focus on those dark bits but
highlights what serves us best; Discovery, adventure and advancement. Never mind the pillaging, the enslavement, the torture and other atrocities.

The UK has their fair share of historical biases in their storytelling of colonialism and the British empire. While other countries retell imperialism for what it was, the use of force to extend a country’s power, trade and resources. Yet our history lessons prefer to label it as something much more benign by avoiding the dark side, the oppression,
the expense of life, abuse and/or mistreatment of people at the receiving end. Take arguments over some of the controversies surrounding one of the nations most beloved heroes, Winston Churchill.

These subtle acts of omitting less than flattering facts, events, actions, crimes or vices throughout history contributes to the racial history gap. The correct term for the biased presentation of facts, as I mentioned above, is called “whitewashing”.

Why is whitewashing a problem?

Because it prioritises the experience and history of one group over the others. By presenting a biased history, the predominantly white and overtly nationalist heritage, we neglect to acknowledge other contributors (quite often, people of colour who were exploited and abused throughout history). We diminish the struggles and experiences
of those who we have continuously, and often purposefully, left on the sidelines. Then you have the argument of. “we need to learn from history, not erase it!” But if the heritage and stories of people of colour aren’t even told, we are only prioritising what the people of yesteryear wanted us to know, that the white nationalist side is the one that
matters.

Movements like Black Lives Matter aren’t asking to remove all other history, they just want fair and historically accurate representation in it. A seat at the table if you will. It also wouldn’t hurt to not have symbols of hatred and oppression paraded in front of them, enter statues of Edward Colston or Robert Milligan.

Fast forward to 2020 where people are now taking to the streets demanding social equality and within the systems that are meant to serve and represent us (political, educational, the justice system, finance institutions, etc.) Yet we still have some who think “Why can’t we just preserve and learn from history?” Why are people destroying my history to highlight theirs? Why are people destroying property? Why is everyone so angry?“

The wilful ignorance of keeping a mentality rooted in excuses like “we can’t move forward if we hold onto the past” keeps us at a standstill. It is naive and problematic in that it fails to acknowledge the hurt, the struggles and lived experiences of those who have been marginalised, minimized and left behind or forgotten throughout history. It also
doesn’t call for an accurate or inclusive telling of history. We would much rather sweep these issues under the rug then face them head-on and try to fix them. We continue to allow for the systemic silencing of the history of people of colour and continue the status quo of favouring the biased telling of events. And that is just a conversation about
history- we’ve yet to reach the tip of the iceberg on wider race issues like institutional racism that by design hold communities of colour back and like policing, the justice system, mass incarceration, to name a few.

But that is a conversation for another day.

The next time you read or see that people are challenging representation in history or questioning the symbolism of a statue in your community, ask yourself.“why?”. Does it simply boil down to anger or is it a symptom of a wider issue? The point is, by failing to recognise that we have historically sidelined the history and heritage of people of
colour, we will continue to do so, fuelling the tension of racial inequality, especially within British heritage.

A Hispanic-American mom now living in the UK. My day job is being a kick-ass social media marketer but I'm also a supermom to my two little rugrats and wife to my amazing husband. I'm always hungry and busy whipping up yummy foods. I can also be found binge watching RuPaul's drag race or playing with makeup.