My Three Year Old Has a ‘Past Life’ 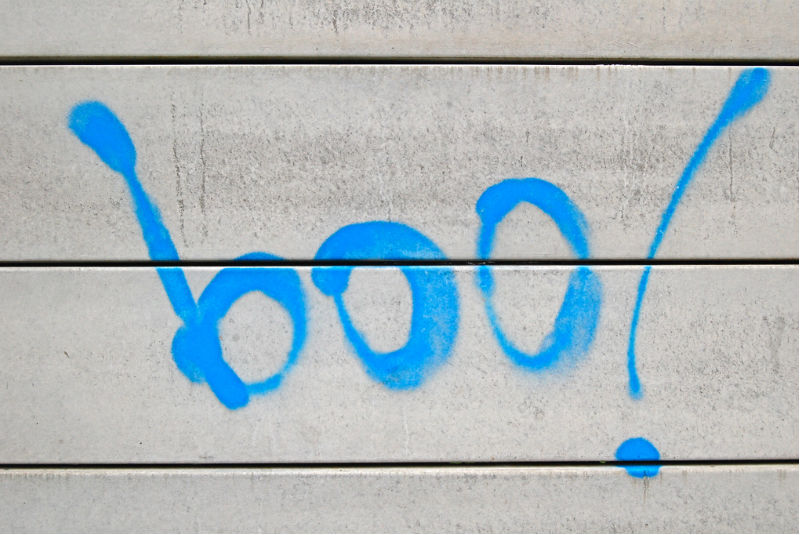 Children come out with some strange things at the best of times, but one MOLO in our fabulous Facebook group started a thread about being spooked by something her son said and it led to a whole load of goosebump-inducing stories. Here’s the one which started it all…

Nicole Graham “So yesterday my four year old boy managed to send shivers down my spine when he casually came out with “before I was born I was a man and worked on an oil rig” Please tell me I’m normal for being a little bit spooked by this??!!”

And it got worse, or better, depending which way you look at it…

Lisa Jayne “My daughter did this to me when we were walking near an old fort. She said “I’m not Bee, I’m Frank and this is where I used to sleep and we used to run up here and go bang!”

We went home very quickly! It was so freaky I got home and googled the fort and there was barracks where she was playing.

Joanna Clay “Apparently I explained things in detail to my mum and dad as if I was a chimney sweep when I was about this age! I also described what a house looked like before it had been knocked down and I had never seen it before at the time of describing it. They didn’t tell me until I was in my 20s but it really freaked me out”

Hollie Robinson “When my eldest was around the same age he used to say really strange stuff! He told me once that he was happy that he chose me. He also used to wave at nothing when we walked passed a graveyard, and tell me about his other mummy, and his imaginary friend that I had when I was the same age as him! He’s 5 now and doesn’t talk about any of that anymore!

Laura Ireland “When I was little I used to tell my mum about when I was a man and worked down a mine.”

Jennifer Wooldridge “My son woke one night when he was about 3 and started talking. I went in his room and asked what was the matter. He said ‘It’s okay mummy, I’m talking to the man in my room, he is always here, his name is Joe and he says that’s why my middle name is Joseph.’

We live in my grandparents old house, my grandfather was Joseph (Joe), he died in my house 4 years before my son was born.”

Claire Nicklin “When I was a kid I would frequently be found talking to no one and would often say I used to be called Susan and lived on a farm and died from a cough! It used to freak my mum out!”

Kerry Molloy “Not related to a previous life type story but my sister had a video baby monitor. One night she heard her husband whispering during the night. She rolled over to see him fast asleep. As she turned back over she noticed the volume lights flickering on the baby monitor, as she glanced at the screen she saw a shadow standing over the baby’s cot. That was the whispering she could hear!”

Helen Maddison “Do you remember when my mummy died? Not you mummy, my other mummy. I had long hair and was wearing dungerees and lived with grandad.” He was referring to my dad who died 16 years before he was born. FML

Tammy Barrett “My daughter told me during prayer time at school that God came down and told her that tomorrow I’m going to die, shot apparently. She looked at me sadly and said ‘I really will miss you!'”

Kerry Atterbury “We took our kids to Warwick Castle when they were little. We were in a room by ourselves and my youngest (who was probably about three at the time) asked why ‘the princess lady was crying’. She was most concerned about the crying princess, but it frightened the crap out of me, so we left pretty sharpish!
Cathy Dillon “My four year old is constantly telling me about the ghost doggy in the garden. And then this weekend he asks me if I want to meet his ghost mummy? Who’s that?? Well apparently she’s a lot like me but she’s a ghost! Back off creepy ghost, he’s my boy!
Hands up if you’re sleeping with the light on tonight? *raises hand* Feel free to add your own spooky kids’ tales to the comments. And thanks to all the MOLOs who contributed to this article. Wooooooooooo!
Love this? Give it a share and spread the MOLO love! You can read more from The Motherload® Facebook group in our MOLO Life section, and for the latest brilliant blogs from our writers, pop over to The Motherload® homepage