The Antenatal Class: Welcome to Parenting 101 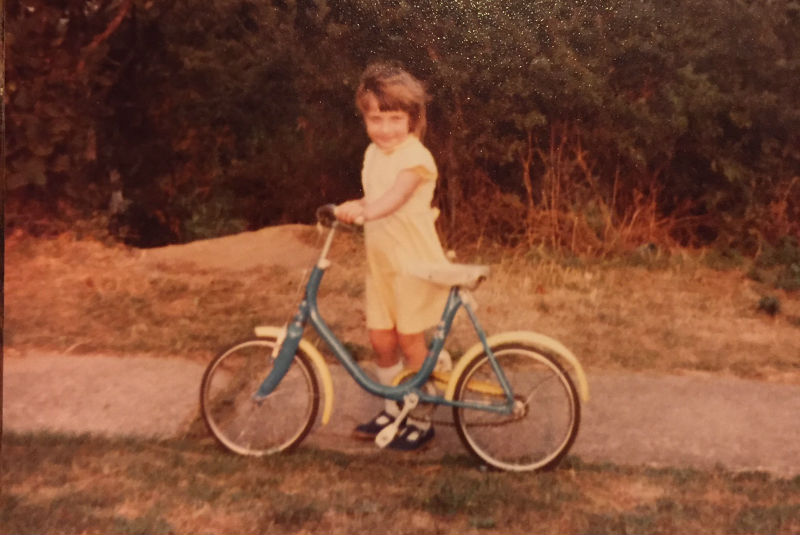 Here’s a handy-dandy guide to retro-parenting.

Here we are – the generation bringing up the next generation. As parents in 2016, what on earth must we look like to our parents and grandparents? Off we go, attachment parenting, baby wearing, co-sleeping, baby-led weaning, with our breastfeeding and pregnancy apps, scans and tests, risk assessments, technology at our fingertips, giant networks of support for women, car seats that look like spaceships, cranial osteopaths and acupuncture, Dr Google, video monitors, iPads, childcare that costs more than the rent and a whole lot of very modern parenting anxiety.

Meanwhile, in 1975, my husband was born and, as a third child, travelled in his carrycot on the parcel shelf of the car because there wasn’t enough space elsewhere.

I, like many children of the 70s, wonder how the heck we all survived. I also wonder what my mother thinks of all this. She said to me, a year back, when my youngest was being his usual breast-obsessed, adhesive-baby self, that she and a friend, “had a right good laugh about all this stuff you girls do these days.” My indignant face probably said it all. Parenting can be un-fun sometimes and just when you’re at your wit’s end, there’s always some ‘helpful’ advice from the former generation to really wind you up. And the gentle dig my mum gave me is NOTHING compared to what her mother told her.

Aside from the selective memory on how to bring up kids my parents and grandparents’ generation seem to have, the unsolicited advice can be more than a touch perplexing. So, gleaned from genuine examples from hundreds of mothers on The Motherload®’s Facebook group, here’s my guide to retro-parenting. Don’t try this at home, kids:

No car seat? No problem! Simply get a relative to hold the baby or plop them into a basket on the back seat, because, as one mother-in-law said to her daughter, “Car seats are just cruel”.

What should we do if baby isn’t sleeping? Well, helpfully, our mother’s and grandmother’s generation have some GREAT tips for this one; “Dip the child’s dummy in gin, whiskey or brandy, that’ll soothe them.” Or, how about, “Just loosen up a bit of mashed potato with their milk, that’ll fill them up and help them sleep all night.” Or maybe it won’t… But when it comes to sleeping arrangements, many grandparents suggested to their daughters: “Don’t buy a cot, just put baby in the bottom drawer.”

If baby cries, just ‘Put him in the garden’ – some sound advice there, from more grandparents than you’d believe. This was a ‘thing’ in days gone by, apparently. And not just for a few minutes – we’re talking hours, here. And a whole other version of ‘cry it out’ was also an option: “When you were a baby, we just put you in the downstairs loo, then you couldn’t hear the crying.” said one woman to her daughter.  Crying, it seems, is also ‘good for baby’ according to quite a few of our wonderful mothers and grandmothers.

The other overwhelmingly popular piece of advice on this front was ‘not to spoil the baby’ by picking it up and cuddling it.’ So, that’s us in therapy for the rest of our lives, then. And, for some inexplicable reason, tickling – yes, tickling – was seen as a very dangerous activity by some grandparents that, as well as potentially contributing to ‘a stutter’, according to one helpful great-grandma, can give baby “a funny brain.”

More great advice on how to feed baby in those early days included, “Condensed milk!” or just “Give her a cup of tea.” That’s right – include the well know stimulant, caffeine, in your newborn’s diet – that will help settle them down for a good night’s sleep.

Ah, we’ve all been there, baby writhing in agony and struggling to poo. However, help is at hand according to more than one new parent’s helpful relative, would you believe: “Put some soap up baby’s bum.” Yes, you read that correctly. Soap. Up the bum. Other suggestions have included ‘pureed liquorice’ or ‘brown sugar’.

What do we know, eh? Let’s ask mum what the best thing to do to prevent household accidents is. And here’s her advice: “I just let you use a knife or fall off things. How else are you going to learn not to do it again?” Okay, we might have severed a limb off, but hey-ho, that’s taught us, right?

Sometimes, we’re up against some seriously ridiculous suggestions. Topping the charts on funny advice some poor mothers were given by their own mum or grandma were: “Put baby in her own room (at a few weeks old), maybe she needs her independence?”, “Sterilise baby’s face with lemon juice to stop him getting colds”, “Don’t laugh too much, or be too happy – you’ll give baby bellyache.” And, spectacular in its weirdness and winning the award for the craziest advice, ever: “Don’t eat fish for a week after giving birth or you’ll get an itchy hoo-hoo.”

This is my favourite, because it sort of sums it all up really, and leads me on to my final conclusion on the generational divide. Many a grandparent has offered their son or daughter this advice when it comes to keeping the children entertained, spoken with a withered look, “Let the kids get bored. It’s good for them. We were always bored.”

Here’s the thing, while all the advice we get from our wonderful parents, and let me be clear – they are wonderful, and we do love them very much, we have to see it from their point of view. It must have been hard parenting in the previous generation. Really, really hard. Imagine no internet, nowhere to get support and advice in the middle of the night, no help with childcare and almost no sensible advice on basic health and safety. Since the 1970s, thankfully, we have drastically reduced SIDS, improved car safety and child health and wellbeing and made massive advances in detecting and preventing childhood disease and problems in pregnancy. Our children have never been safer, and it’s fair to say that much of that is through the dreadful trial and error our poor parents went through. They may give us some bizarre advice, but let’s cut them some slack – because we’ll be the grandparent one day.

I am a working mum of two high-octane boys who absolutely run rings round me. I am interested in art, feminism, politics, health, fitness and housing and currently work in the public sector. I have also been a writer for 17 years.