Motherhood and the Case of the Lost Identity 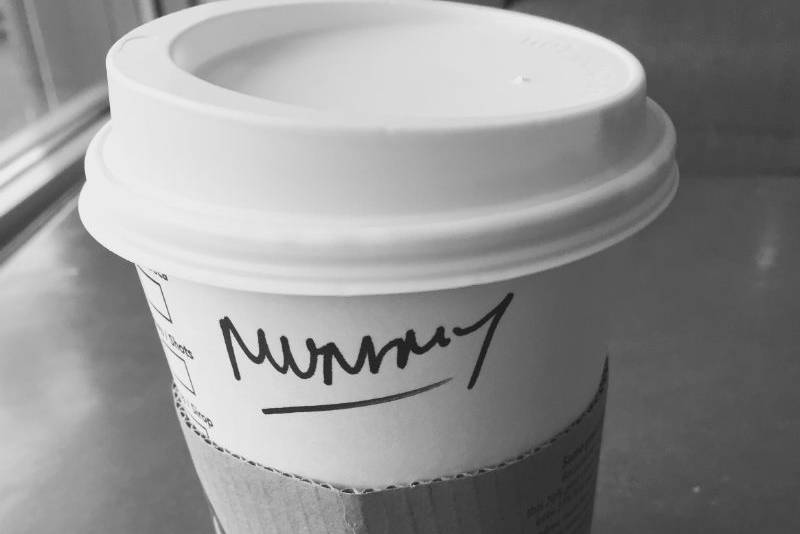 When I was pregnant with my first son, I knew that his arrival would change everything. I didn’t know it would mean an entirely lost identity…

I was as prepared as anyone can ever be for months (alright, years) of sleepless nights, and the emotional rollercoaster that is motherhood. What I wasn’t quite as ready for, was that from the moment the midwife put my baby boy in my arms, my whole identity would change forever.

In that instant, I became ‘Mummy’ and it felt incredible. Less than an hour later, a member of staff came bustling into the delivery room and asked: “And how is Mum doing?” My first reaction was to think: “I don’t know, I haven’t had a chance to speak to her myself yet, but I imagine she’s over the moon about having a grandson.”

And then it hit me. They were talking about me. Bloody hell.

From that moment on, I stopped being ‘Geraldine’ and became ‘Mummy’– firstly to one happy, cheeky, bright little boy, and then – two years later – to his adorable, loving, calm little brother. But I also had to get used to grown adults, whom I had never previously met, referring to me as “Mum” everywhere I took my sons – from the GP’s surgery to the playground, the nursery gates to the Health Visitor’s clinic.

In fact, when I was thinking about whether or not to blog about this, I took the boys to a local coffee shop and, instead of asking for my name at the counter, the barista said: “It’s ok, I’ll just write ‘Mummy’.  I rest my case.

More to the point, I know I’m not alone in experiencing this. The total and overwhelming transformation of a woman’s identity – which goes hand in hand with motherhood – is a wonderful thing. But it is also extremely surreal.

PBM (Pre-Baby Me) was a successful, ambitious, career-woman with a chic wardrobe, a voracious appetite for reading and a love of the Australian soap Neighbours. MM (Mummy Me) can’t find five minutes to drink a hot cup of tea let alone read the papers, wears jeans, t-shirts and a jauntily placed muslin, and has an encyclopaedic knowledge of Mr Tumble. But at least I still watch Neighbours, so some things never change!

But seriously, we spend most of our time putting everyone else’s needs before our own, and that is exactly why we shouldn’t lose sight of our old selves. Couples with young children are advised to go on date nights to help them reconnect in the fog of sleepless nights, stress and raging hormones.  The same premise applies to us all: a little “me-time” is a wonderful thing.

Now, I know what you’re thinking: “There aren’t enough hours in the day to do what needs doing, so how the hell am I supposed to find time for myself?”  But it doesn’t necessarily mean you have to drop everything and jet off for a spa weekend (although, if you get the chance, that sounds brilliant- so why not?). It can be something tiny, which makes you feel more like the old you.

Just over a year ago, I joined a local choir for mums with young children and it is one of the best things I have ever done. I take the boys along to rehearsals and they play while I sing.

It has been fantastic to meet other like-minded women, all singing our hearts out and enjoying having an amazing outlet for our creativity. I have never really had a hobby before and it is a revelation. I am not the only one either; a friend of mine has started taking a sewing class and absolutely loves it, another has started going running regularly, and a third has joined her local WI.

Running, dancing, cooking, sewing, singing, painting your nails, lying in the bath with a glass of wine and a box of chocolates, or all of the above… enjoy, ladies: we deserve it!