Mum Mantras (or, How I Find My Happy Place) 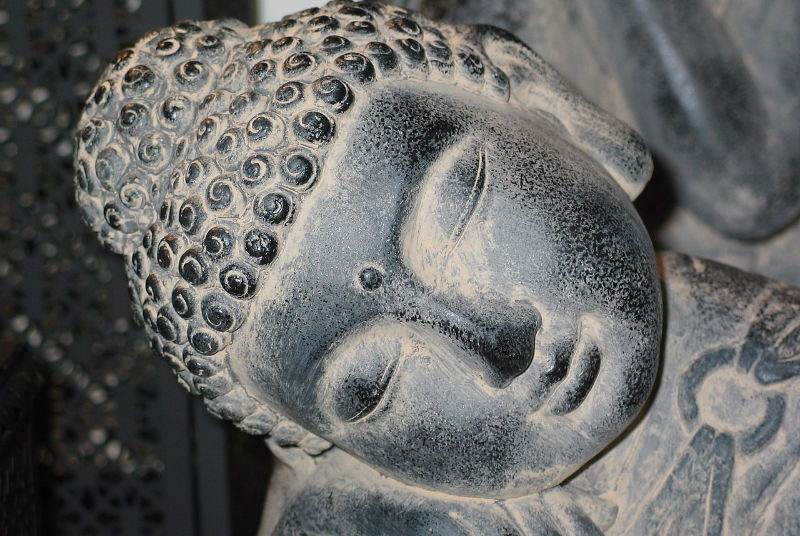 I don’t have any tattoos (I love them, I’m just not edgy enough to carry them off) but if I was into inking, I’d probably have a sleeve made up of random phrases.

Sometimes, in an act of quasi-rebelliousness, I make semi-permanent markings on the inside of my wrist.

I take a black Biro and write cryptic messages on the patch of skin just below my palm.

Because sometimes, just saying these things in my head, isn’t enough.

I need a visual prompt, a reminder to Calm The Fuck Down, or to take a breath, when my blood begins to boil.

Those are my go-to Mum Mantras.

I have a few of them, little chants I say to myself, which help me to get through the more stressful moments of parenting my almost 11-year-old daughter and my three-year-old boy.

Each child prompts the use of different mantras.

When, at the age of 18 months, my son still wasn’t sleeping through the night, I remember thinking, as I rocked him to sleep at 3am, “this too, will pass”.

It helped to keep things in perspective and enabled me to give him the comfort he needed during that period.

I knew those sleepless nights would come to an end, eventually, having survived the first round with my eldest child.

And now, 18 months down the line, he sleeps all night, well, most nights.

That phase has passed (although I have probably just jinxed it).

I now mutter the same words to myself, every time he decides to pee in random receptacles, like my favourite coffee mug. I am pretty sure he won’t still be doing that when he is 18 (then again…).

Tantrums are an issue, but he’s a threenager who is becoming more independent, pushing the boundaries (and me ever closer to the brink of insanity).

When he is in full meltdown, I often sing, quietly.

I imagine myself as Sigourney Weaver’s character, Ripley, in the final scene of Alien, as she faces a jaw-gnashing motherfecker of an extraterrestrial and instead of panicking, sings a nursery rhyme to keep a level head.

It works. In the end she blasts it into space.

When my child is losing his temper (writhing, gnashing his jaws, drooling), I sing: “My child is not giving me a hard time, my child is having a hard time” to the tune of Pop Goes the Weasel.

It helps me to channel my inner Ripley.

It also reminds me that at three years old, not being able to have his ice cream served in the orange bowl is a big deal. It is one of the few things my child can control in his world and it matters, a lot.

With my tweenage daughter, the mantras are less textbook.

She has mastered the art of button-pushing, I think she sees me as a sport.

When things don’t go her way, she knows exactly what to say or do to infuriate me.

When provoked, it takes a great deal of restraint not to open the air lock and jettison said tweenager into outer space, Ripley-style.

It also requires a ridiculous amount of self-control not to ban all gadgets for THE REST OF HER LIFE, which as we all know would only hurt me in the long run.

And I breathe, like a bull (actual steam has been known to come out of my nose).

Sometimes, the mantras don’t work and I don’t rise above it. I am only human, after all.

Other times, I become aware of old mantras being replaced by new, inappropriate ones.

Forget “rise above it”, when my tweenager is spoiling for a fight over doing her chores, I find the phrase, “only seven more years until university” has an equally calming effect.

And when it has been a really long day, there’s always the classic, “only thirty more minutes until bedtime, then I can shop online for crap I don’t need”.

That helps to keep me focused on the task in hand.

Parenting is a tough job.

I believe having a mantra or two can help to calm those moments of madness.

Yes, sometimes the chaos wins but for me, having a word with myself can make the difference between having a bad day, or having a really bad day.

So, if we meet, take a sly glance at my arm.

You’ll probably spot a stream of consciousness etched into my skin in black ink, something like: “It will pass look for the good it’s a phase soon be bedtime he’s only little it’ll be fine life is too short be patient don’t shout let it go tomorrow’s another day YOLO the only way out is through hug it out relax love saves the day” scribbled on my arm.

At this rate, I’m going to need more limbs.

Of course, when all other mantras fail, there is the perfectly simple “wine”.

I just use whatever gets me through.

Sam Curtis, 46, lives in Lincoln, in a house that’s not as clean or tidy as she’d like, with her husband and their two children, a tweenage daughter  and a threenage son.