The Reality of Foodbanks 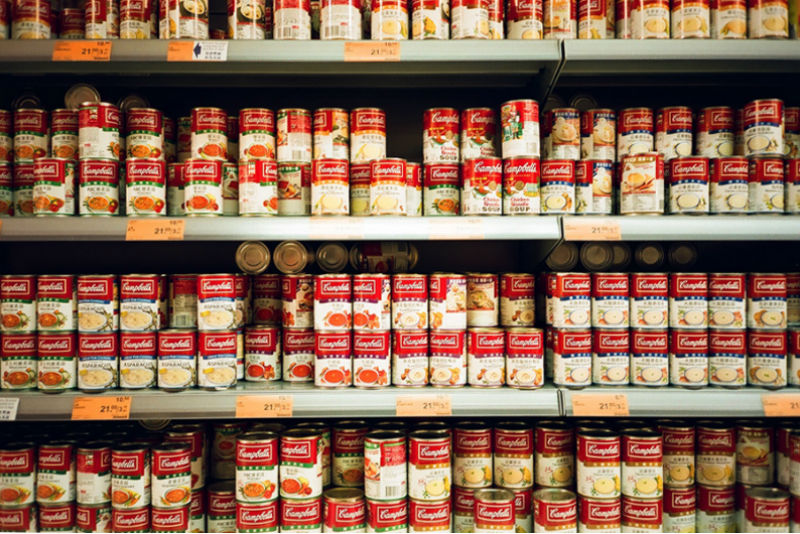 When you see people collecting for foodbanks in the supermarket, what’s your gut reaction, honestly?

Maybe it’s, ‘For God’s sake, not them again’, or ‘people who use foodbanks get enough from me already, in the tax I pay to fund their benefits’. Or maybe you just look away, get very interested in the newspaper stand, and pretend not to notice them standing there, smiling encouragingly, proffering food lists. I know, I’ve been there too. It’s uncomfortable for us to think that there’s a need for foodbanks, as it underlines just how broken our society has become.

What if I told you that in the financial year 2016-17, foodbanks in the Trussell Trust network, gave out 1,182,954 emergency 3 day food parcels, (up from 1,109,309 the previous year), and that 436,938 of these parcels went to children. That’s right, to children. Kids like yours and mine, living in towns up and down the length of the UK. Kids who, through no fault of their own, (and often no fault of their parents) are regularly missing meals and all the important nutrients they need to nourish their growing bodies.

Kids who have the same dreams and aspirations as your kids and mine, but find themselves struggling to concentrate at school because they are so hungry. Or kids who have to drop out of college because their Dad has been diagnosed with terminal cancer, meaning they have to try and find work at the age of 17 to support their Dad and younger brothers, as their Mum is no longer around. You try keeping the tears at bay when you are speaking to an articulate 17 year old, born in the same city as your sons, who is shouldering all of that. You try not feeling insanely guilty at how privileged and safe your life feels in comparison. Speaking of his desire to become a doctor to help to find a cure for the disease which is tearing his family apart, he was referred to the foodbank for some emergency supplies as his younger brothers hadn’t eaten in two days.

I volunteer at a foodbank every week, and constantly meet families and single people who have to make the decision whether to heat their house, buy new shoes for their kids, or feed the family on a daily basis, and it makes me angry. No scrap that, it makes me bloody furious, that in 2017, in my home city, there are kids who go to bed hungry every night.

Our foodbank is part of the Trussell Trust network, which operates over 400 foodbanks in the UK. Contrary to popular belief, people don’t just turn up at the foodbank to get food – they have been assessed by a professional and deemed to be in an emergency before they are referred to us; by doctors, health visitors, social workers, housing charities, mental health charities and organisations supporting asylum seekers, amongst others. We also operate a clothes bank providing second hand clothing, and basic home supplies; duvets, bedding, pots and pans.

Our foodbank ‘guests’ are;

1)  People on zero hours contracts with shitty employers, who have had a succession of weeks with not enough hours to cover their bills.

2)  People subject to benefit cuts or sanctions down to changes in entitlement, such as no longer being disabled enough (!) to claim disability benefits. The roll-out of Universal Credit is meaning people face weeks of delays with their benefits.

3) Pregnant young women, often from eastern Europe, with little English and unwilling or unable to talk about what has happened to them since they arrived in the city.

6) Refugees, mainly from Syria and Iraq.

8) People with alcohol and drug problems who are accessing support through an agency.

9)  Those who have simply had a string of bad luck and are down on their arses.

You may have heard the saying that any of us are only two or three paydays away from needing the support of a foodbank, and the stories I hear from our guests back this up. One of the families I spoke to on my first shift at the foodbank were just a regular family. They had two young children and had recently had a third baby. Mum wasn’t working, Dad had a job in a bar, and they just about managed to make ends meet with the addition of benefits. So far, so normal, no? But then baby number three was born prematurely, and had to stay in hospital for six weeks, so Dad had to take time away from work to look after the older children, meaning a substantial drop in income. Due to all the stress of the new baby’s arrival, a letter was missed about the family’s benefits, meaning they were put on hold. The family ended up with almost zero income, yet bills to pay and three kids to feed. Is it not that much of a stretch of the imagination for you, or I, to end up in a similar position?

If one thing sticks with you from reading this, then let it be to buy an extra bag of porridge oats, some long-life milk or a few tins of soup every now and again and donate to your local food bank, which you can do at most supermarkets. Many foodbanks, including the one I volunteer at, rely completely on donations from people like you and me. With the cost of living increasing, wages staying stagnant, benefit changes kicking in and an apparent unwillingness from the current Government to do anything at all to help the most vulnerable in society, demand at foodbanks is predicted to increase year on year, with more and more families needing their support.

The 17 year old whose story moved me so much a few months ago came back in recently. Whilst his Dad was still very poorly, he had found a part time job at college and his tutor had agreed that he could study part time around his work, so things were looking up. As he left with his food, he said he hoped not to be seeing us again. And that’s how we measure the success of our foodbank, when we see people move on and become self sufficient again. Nothing is more inspiring.