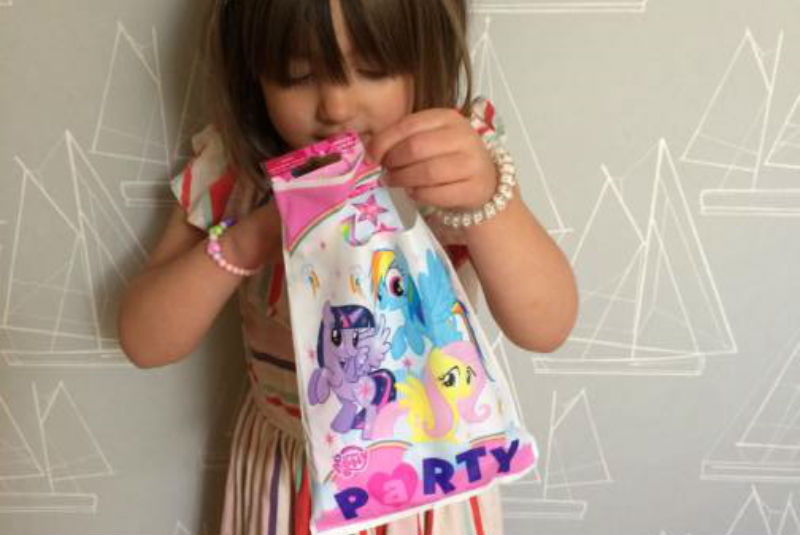 Ah, your child’s birthday – a time to celebrate their achievements, the fact you’ve all survived another year, and when you decide for one day of the year you should be a master baker, able to whip up a Nigella-worthy sponge for twenty complete with unicorn horn and sprinkles and where your event organising skills are put to the test more than planning your own wedding. So why not cut corners and take the strain out of things anywhere you can?

After the great disaster of  2014, I simply refuse to even lie about baking the cake and get one from some insta-worthy independent or Tesco, it’s easier and less likely to kill people. No one yet seems to have invented pre-prepared pass the parcel (HOW many layers?!) but they HAVE invented pre-filled party bags, hallelujah!

www.partybagsandsupplies.co.uk offer you every theme you can think of from Pokemon to Ponies, Telly Tubbies to Trolls, and cover every event of the year, they sell all sorts of party decorations, table kits and yes pre-filled party bags. My daughter is four. An age where the favourite TV show, favourite party theme, even best friend changes on a daily basis, so I opted for My Little Pony – a classic I hoped could last at least until her party. I did wonder after ordering if this theme could be favoured by girls and shunned by boys, but in the spirit of refusing to be dictated to by gender, I stuck with it (and was proved four-year-olds don’t care as long as they get a party bag!)

The kit comes with enough for eight kids: A tablecloth, 8 cups, 8 plates, 8 napkins and 8 party bags already filled, and costs £28.

It takes the strain off completely. The thought of a dash to the shops to get all this stuff with an overexcited toddler in tow leaves me cold. So the Ability to grab it all in one click of the mouse and sit tight til it arrives on the doormat is pretty cool.

If luxe is what you’re after however, these aren’t it. These bags though are your old-school plastic fantastic bright basics – and my girl loved them. So much, she didn’t want to give them away (make sure you don’t show the whole box to your child when they arrive)

The number eight is curious, I’m not sure what market research suggests eight is the peak number for a kid’s party – but I should have heeded it. Apparently though, I’m the only person I know who only has one child, and apparently only inviting kids and not their siblings is a social faux pas, so I ended up with way more than eight at our party. It’s easy with partybagsandsupplies.co.uk to buy extras though,  the bags I’d received can also be bought individually for £2.15 each (pre-filled).

So, what’s in them? The party bags I got had a pencil, sharpener, notepad and stickers. My daughter used it easily and enjoyed sharpening her pencil and scribbling away in the notepad. Her favourite bit though was the sheet of stickers which ended up all over pretty much everything that day.  To be honest when I saw the contents I did wonder if they would be better suited to slightly older children, but my daughter did like what she got, so maybe 4+ is an ideal age for these – certainly they need to be able to hold and use a pencil and sharpener, so maybe no younger. When I asked if there was anything missing from them my daughter said the inevitable ‘sweeties’. Maybe a slice of the cake would be enough or a pack of Hairbo, and it’s certainly easy enough to add something, especially as the pack includes lovely matching napkins.

Overall the pack is great, kids love a theme if they have a favourite show or toy and  partybagsandsupplies.co.uk have thought of most of them. It’s nice for everything to look so pulled together and great to take credit for it, when really someone else has done the hard work – you’ve simply ordered it online. They’re bright and cute and had enough in to keep kids amused.

I do wonder if maybe the bags should have a little more in them, although if that’s what you want, you can buy extras, or do it yourself on the website, ordering bags and fillers separately. But as mums (and dads) will know, it’s all about the value of your time.  Maybe if you could be bothered to shop around you could do it yourself for the same price, but really, is it not just easier and simpler and cheaper to order from partybagsandaupplies.co.uk ? Personally I reckon so.