We Need To Talk About: Parenting Without Your Parent 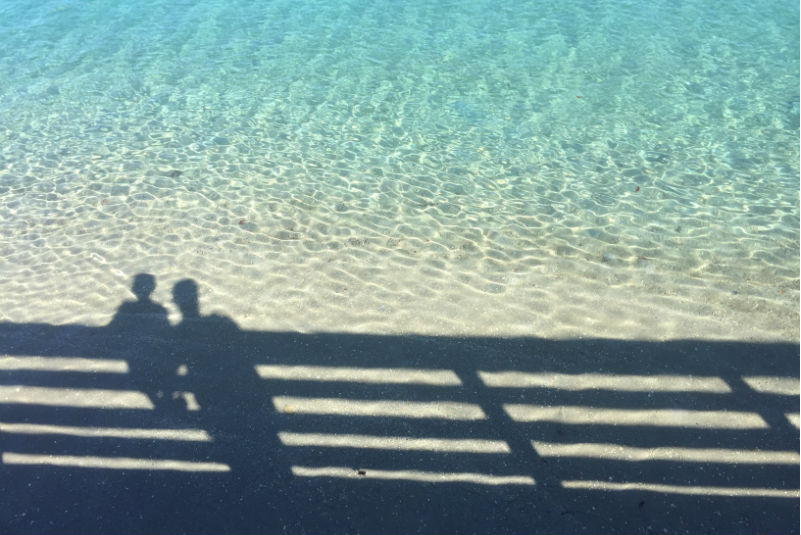 I’m probably not alone in thinking this but my dad was The Best Dad Ever.

He was always relaxed, never stressed and his catchphrase was “If you worry, you die. If you don’t worry, you die. So why worry?”. There’s some very black humour in that.
He was the sort of dad who would give you the last of his wallet change for bus money and then pick you up from town when you ‘lost’ the return ticket.
He was the fount of all knowledge. The only person I would call during a pub quiz to get a cheeky answer (pre-smartphones, obvs).
So naturally when I got the call to say it was cancer I was distraught. Anyone (even those with a less than perfect relationship with their dad) would be. I cried, got angry, I was terrified. But we were told it would be okay. The cancer wasn’t one of the nastier ones. Chances were good.
Many operations and hospital stays later things were looking up. The cancer was gone and with a few follow-ups, Dad could look forward to a long and happy life.
Then he started getting poorly again.
None of the doctors or specialists caught it this time, not until it was far too late. About 2 years after the first diagnosis, I woke up on a hospital floor (my mother, sisters and I hadn’t wanted to leave his bedside in those last days) and realised I couldn’t hear him breathing anymore. I woke my mother up, and told her that Dad was gone.
Any loss has a huge ripple effect. My father’s passing left a gaping hole in so many lives. My mother, now a widow in her early 50s, my sisters who had also lost The Best Dad Ever*, my niece and nephew who needed lengthy bereavement counselling, not to mention dad’s brothers, sisters and friends, all of whom were grief-stricken.
But I was okay.
This may seem heartless, it may seem deranged but I was honestly okay. Obviously, I was grieving but I was more heartbroken for my mother, niece and nephew than myself. There were no big howling wails or big cries. No huge outpouring of grief.
I carried on as before, making the odd joke and when asked how I was feeling I’d say how lucky I was. And I felt it. I’d had a brilliant father for 26 years of my life. How could I complain?
The funeral came and again I was okay. Misty-eyed during the service but I can say I enjoyed the wake. It was a celebration.
The following summer was my wedding. As you can imagine the speeches were filled with toasts to my late father. The one person who should have been there, walking me down the aisle. Again I was okay. A few close friends asked me in those first two years if I’d broken down yet. Had I let the grief out? After two years I gave the same answer. I was okay. Lucky to have had him.
Three years later I sat playing with my now oldest girl. She was about 5 months old and all smiley and gorgeous (and teething and wakey, but that’s another post) and the enormity of it all hit me. My Dad would never see my baby’s beautiful smile, hear her giggle, watch her toddle.
We would never pop over to my parents house to have my dad cook for the kids or sing them a silly song. Suddenly I felt all of it.
The grief hit like a cannonball. Chest-crushing, breath-robbing grief that physically hurt.
My daughters will never know him or how brilliant he was. They will never know how lucky they could have been to have the Best Bampi Ever*. All they will have are my second-hand memories.
Since becoming a mother I have met other mums who have too lost a parent and have successfully managed to never talk about it.
It’s always going to feel raw, and speaking openly about the loss of somebody so integral is difficult even with your closest family members, but opening up a dialogue with others who have a similar experience lets you know you’re not alone.
So I am now vowing to be the Talky McTalkingson of parent bereavement. Because it’s actually okay to not be okay. It’s hard to open up, but brilliant to share. The bad points and the good…
One amazing outcome from my loss is how much closer it has brought my family together. Not a day goes by without my speaking with my mum and sisters and we are sometimes referred to as being ‘weirdly over involved’ in each other’s lives which is bloody brilliant.
I also have such respect and appreciation for my mother who is practically a third parent to my girls. She’ll always put everyone else’s needs before hers and I’ll never take her for granted.
Some days the feeling of sadness is still overwhelming. Some days I just miss him. Some days just rush past me in a toddler-blur and I don’t have a chance to feel anything other than tired.
But everyday I do still consider myself lucky that I had the Best Dad Ever.
Like this? Share it, and spread the MOLO love. For more blogs about relationships you can head here, or for the latest from The Motherload®, pop over to our homepage.

I’m a sleep deprived mum of 2 from Wales who runs on coffee and cake which we bake pretty much daily. Our recipes and parenting chatter journey is documented on Instagram and, there’s more on my blog.
Photo by Steve Shreve on Unsplash

Worn out Welshie with two small children in tow. Often seen at soft play wearing odd socks and drinking a large Americano. If seen approach with caution and/or gin. Compulsive baker and recipe blogger at baking-with-kids.com and via Instagram @baking_with_kids