We Need to Talk About: Teaching Consent and Forced Affection 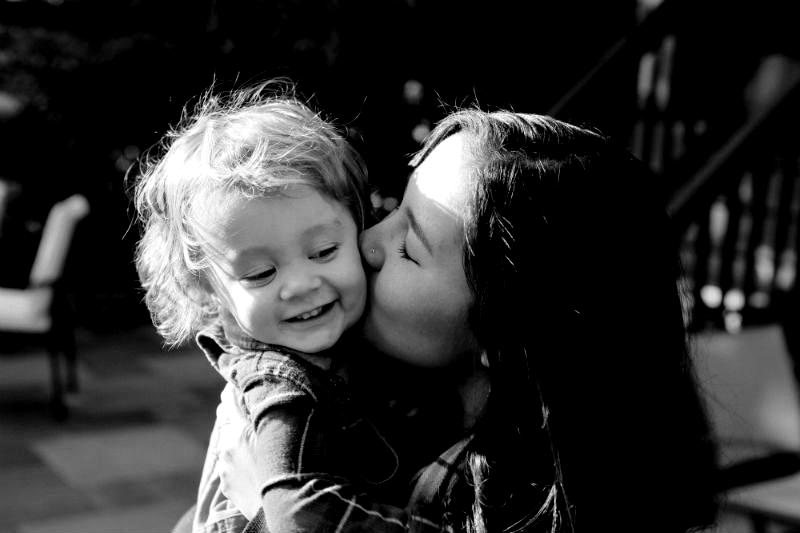 As a mum of two boys, I feel the responsibility of teaching them about the importance of consent heavily.  In fact, my husband and I both do.  For their own benefit, as much as any future women or men they may meet, ‘no means no’ is an important phrase.  It isn’t just a lesson for boys though.  Girls need to be taught and have confidence in this too.

They’re still only small, so sitting the boys down to talk about consent in a sexual context seems a long way off yet, but it’s an idea we’re keen to instil so it becomes second nature to them.  To that end, when we are playing a game such as tickling them if they ask us to stop, we stop.  Family members have been asked to do the same.  We hope that this will teach them bodily autonomy.  Their bodies are their own, and if they don’t want something to happen to it and ask someone to stop, that person should stop.

But what about forced affection?  I mean, as a child how many times were you made to kiss a grandparent goodbye?  What if they don’t want to give a kiss or a hug?  What are we teaching them if we force them into a show of affection they are either uncomfortable with or unwilling to give at that time?  We are teaching them that it is OK to ignore someone when they say no.  That no doesn’t mean no, and it’s OK to take affection if you want it or to force someone to give affection they have said they don’t want to give.

So far, so good.  Nothing too controversial and generally our friends and family are very supportive of the message we are trying to teach.   Plenty of their school friends are taught similar messages and it’s great they are learning this with their peers.

But…what about the thorny issue of the giving and receiving of gifts, both big and small.  I’m sure we all remember being made to kiss Great Aunt Mabel to say thank you for the Mars Bar or hug that Uncle who isn’t really an uncle to thank him for the £2 book token.  And that’s just the people you knew.  What about the long-lost aunties, uncles and old school friends that your parents knew but you had no idea who they were?  You might vaguely remember meeting them once before, but they were essentially strangers.  All that forced affection, all those mixed messages.  Here’s someone you don’t know who’s giving you a gift – give them a hug!

This flies in the face of everything we are trying to teach our boys.  What if they don’t want to give a kiss or a hug?  If we force them to give someone affection in whatever circumstance, are we not teaching them a terrible message?  Nanna buys you some chocolate, you have to give her a kiss.  Stranger gives you a gift and says he knows your mum, give him a cuddle.  We feel it’s important to teach our children that there isn’t a direct link between the giving and receiving of a gift and the obligation of affection.  As if there is, then surely we’re just one step away from ‘Well I bought her a drink…’.

Kids are kids though, and chocolate and sweets are very tempting.  We have encouraged the boys to tell us if someone offers them a gift in return for affection and reassured them that they will never miss out if they turn down such an offer.

We also teach them that the same rules apply to everybody else too.  If the person they choose to offer their affection to refuses, then that’s OK.  They know if someone doesn’t want to give them one of their kisses or cuddles, they can’t just take one anyway – just like they wouldn’t like someone taking a kiss or a cuddle from them regardless.  Giving another person a gift does not change these rules.  That’s not to say of course that should they wish to, we would ever discourage them from showing affection to loved ones with or without the receipt of a gift.  But affection should always be a two-way street.

We ask all our family and friends to respect this.  Some understand more than others.  My mother-in-law is particularly good, always offering a goodbye kiss or cuddle, but never forcing it or taking offence on the rare occasions they decline.  For those that are less accepting, they are gently reminded, then more firmly if necessary.  It’s difficult as people don’t always make the connection between what we are saying and what we are trying to achieve.   However, we hope we are laying the foundations that will ensure our boys grow up respecting other people’s personal space and boundaries, and also help them to keep safe and have the confidence to speak up if they were to ever find themselves in the sorts of situations that have been prominent in the news over the last few weeks.

Like this? Share it and spread the MOLO love! You can read Wendy’s blog Preparing for a new Sibling. For the very latest from our writers, visit The Motherload® homepage

Outnumbered. Wife to one man. Mother of two boys. Owner (slave) of one cat. Sales Account Executive.  Football nut. Follower of cricket and occasionally golf. Lover of American TV dramas. Once an avid reader, now occasional peruser of books I’d love to read. You can follow me on Twitter