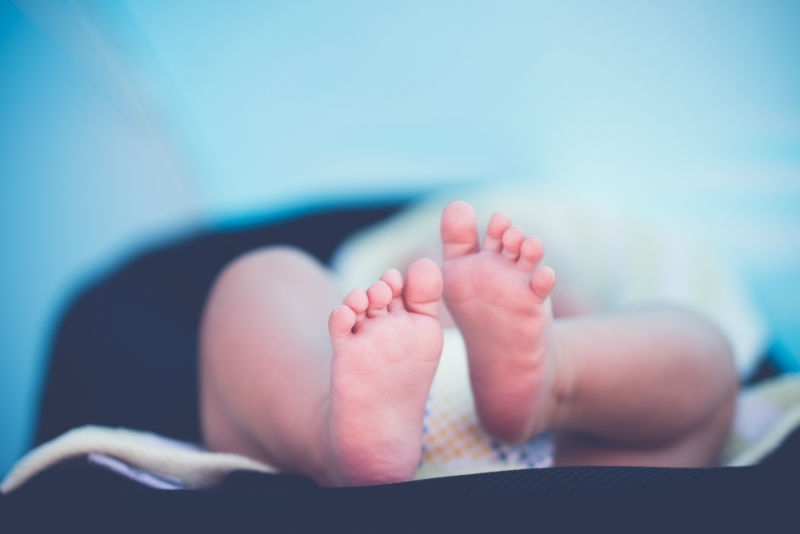 Back in 2007 Angelina Jolie gave an interview for which she was completely and utterly vilified by the press, so what was her crime? The vials of blood at her first wedding? Nope. The time she kissed her brother? Nope.  Seducing a married man? Nope.  No the thing that she had done that was so incredibly shocking was that she had described her precious little new-born bundle of joy, Shiloh, as ‘a blob’.  She went onto say that she was much more excited about the blossoming personalities of her two adopted children Maddox and Pax.

At the time I will admit that I thought at the very least Ange had made a huge faux pas; in fact I felt sorry for Shiloh and wondered if perhaps the actress had been underplaying her feelings for her first biological child in order to avoid speculation that she felt differently towards her than her other two children. But I hadn’t had any children of my own yet then and I had only met a handful of newborns, so what did I know? When friends of mine had babies I would happily hold their newborns, coo for 10 minutes and then think “now what?” before politely handing them back.

I had, somewhat naively, assumed that when it was my turn things would be different; that I would automatically find my own child enthralling and feel that my life was completely fulfilled by staring lovingly at them for hours at a time; that I would be content to simply be meeting their needs and neglecting my own, morphing into some sort of robo-mum-bot.  In short I would have a personality transplant; becoming like one of those lobotomised mother images on TV and in glossy magazines, because didn’t everybody? Isn’t that only the natural and right way to feel? Clearly only a complete monster could find their baby (*whisper it*) boring?

So, I am writing this now, fully aware that some people won’t understand my feelings and that there might be more than a little judgement being sent in my general direction.  If you are totally enthralled by your newborn then feel free to scroll on by; I wish you well but my words are not for you.  I’m writing this for the mothers who don’t feel that fulfilment and contentment they were promised, the ones who are sick to death of the mundane change, feed, burp, repeat, lack of sleep, slap on a smile, fake-it-till-you-make-it, groundhog day and wondering who the fuck really enjoys the new-born phase.  I’m here to tell you its okay, and that it’s okay to dislike this phase, to will it to be over and wish it away.  Because before you know it you will be in a phase that you absolutely love and while you are delighted running around after your toddler there will be another mum who is tearing out her hair, wishing her baby was a newborn again because at least they stayed in one place… And you know what? That’s okay too.

Despite the Clinton card comments of “enjoy every second”, you don’t have to, in fact you have full permission to hate some of it with zero guilt.  Because honestly I’m sure there isn’t a mum on the planet that enjoys ‘every second’ of the sick in their hair, poonami, purple-crying drudgery.  And as mums we might need to lower our expectations. Is it worth it? Absolutely (and trust me if it isn’t yet it will be soon, so keep the faith) Is it easy? No. Is it mentally stimulating? Abso-fucking-lutely not.  Not. At. All.  And I for one am not going to feel guilty for needing a little something more to keep me sane than the brief moments of serenity I got when my baby was sleeping. Yes, it’s lovely and wonderful and special (you get the picture) but there are 24 hours in a day (many of which you will see when caring for a tiny person) and sometimes it is just not enough.

I can write this now as a mum of a totally awesome 16 month old because, while this phase is certainly challenging at times, it is a phase that, by and large, I love; this hilarious and loving personality is emerging in front of me, toddling around and actually communicating with proper words (a handful for now but it’s so exciting!), he loves me reading books with him, loves music and dancing, loves cheese and is incredibly affectionate.  He’s a little dude, a pal, a playmate…. so when I look back at pictures of him in his younger days, or realise he has grown out of yet more  clothes, I don’t feel sad at all, I feel excited about where he is now and what the next phase will be.  For me it’s less about ‘having a baby’ and more about nurturing a tiny human and inviting them into our family.  Its not about tiny booties and darling babygros as much as it’s about unfolding the wonderful and crazy personality within.  And while I’m sure I won’t love every phase, I will always love my boy and the two things are not as connected as people might assume.

So if you get a little crazy, touched-out, over-tantrummed, under-slept and overwhelmed and suddenly have an engulfing urge to run in the opposite direction remember: it’s just a phase. And like all the others it will clear the way for the next secrets of your baby’s personality to reveal themselves in all their sweet, maddening and idiosyncratic glory.

Don’t worry Mama, it’s just a phase, you’ve got this.

Love this? Share it and spread the MOLO love! You can read Claire’s beautiful blog for The Motherload® Now You Are One or for the latest from The Motherload®, head to our homepage

33 year old first-time mum muddling her way through one nappy change at a time. Lover of yoga, music, walking, roast dinners, cosy nights in and chocolate