#NHS70: Five Mums Tell Us Why They Love The NHS 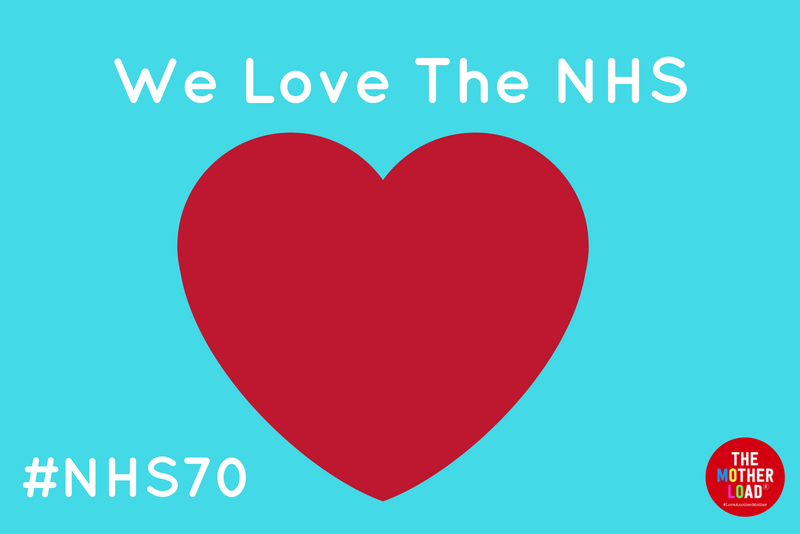 The NHS was founded 70 years ago today, giving healthcare to everyone regardless of how much money they had.

But what would our experience be like as mothers if we didn’t have a National Health Service? Becoming a mum is often the first time many of us will really use the NHS regularly as adults; where would we be without the antenatal care, the hospitals which bring our babies safely into the world, and which make our children better when they are unlucky enough to become seriously ill?

Here, five mums share their stories, of how the NHS has not just helped them, but in some cases saved their child’s life.

All of a sudden I was facing the reality that after a 20 months fight this was the was the day I was going to have to say goodbye.

Sienna was 20 months old and had at this point spent very little time outside of the hospital. She had already fought CDH, CHD and intestinal failure but nothing would have prepared for this day.

I woke up shortly after the nurses handover, to two nurses and a doctor around Sienna. Sienna had spiked a fever but was also showing rapid signs of distress like grunting and being mottled. They made a quick decision to move her to the high dependency ward. See sienna was already on strong broad iv antibiotics for the four days leading to this.

Our nurse Kara who had been Sienna’s nurse for 14 months had to join us in HDU due to staffing and that Sienna would need a 1-1.  I weirdly wasn’t worried at this point I mean we had been moved to HDU multiple times and everything always ended okay…. but as the hours passed I began to realise how serious the situation was.

Sienna’s organs started shutting down, her blood pressure was dropping and she needed so many fluid boluses that her heart would begin to struggle.

She was bleeding out of her nose and mouth as her platelets dropped to dangerous levels. We needed a theatre slot but there was already an emergency in there.

Kara got quieter and quieter the doctors never left the room.

All of a sudden I was facing the reality that after a 20 months fight this was the was the day I was going to have to say goodbye.

The doctors were on the phone shouting at theatres that Sienna had sepsis and was heading to septic shock and they needed to take her central line out but there wasn’t any space they were battling to save a neonates infected bowel.  Our doctors and nurses never stopped the worked minute by minute to keep her alive until the theatres were available.

The decision was then made to intubate Sienna on to life support and to a get CATS ambulance to retrieve her to an available ICU. We managed to get to theatre and the cats ambulance arrived. I patiently waited.

Our nurse’s shift was long over but she hadn’t left. She wouldn’t leave. I walked past her and she was crying. The doctor’s shift was over but she came to sit with me whilst the night doctor never left Sienna’s side in theatre.  Sienna was triple her normal size, she was burning hot on the inside but freezing cold on the outside.

She came out on life support and we were transported to an ICU we had never been to. We were greeted with excellent care and I couldn’t have asked for more.  The next day I sat by Sienna’s bed while we all wished and prayed that a miracle would happen. A nurse came in and said there was a phone call for me.

I was greeted on the phone by the entire children’s ward at Chelsea. The doctor from the day before had rung to check on us BOTH.  With a army of nurses behind her screaming different things at me.

That’s the moment I knew they were not only doctors and nurses but human. They were, in a weird way our very large extended family.  They were our heroes.

Sienna did survive and we were extremely lucky that after a long battle she recovered.  On arrival back to our ward there was cheers and hugs with nothing but excitement that Sienna had made it home to Mercury ward.

I’m very grateful to the army of gynaecologists, nurses, midwives, fetal medicine specialists and obstetricians who made it possible for us to have our little family.

I’ve had three pregnancies that have tried to kill me and the NHS has made sure that I survived all of them. The first was ectopic, I received prompt treatment in a gynae emergency clinic. The second was ridiculously complicated, I had a c-section at 32 weeks and my daughter was in NICU and SCBU for 40 days. The third was only moderately complicated and I had a c-section at 38 weeks.

I’m very grateful to the army of gynaecologists, nurses, midwives, fetal medicine specialists and obstetricians who made it possible for us to have our little family. I’m also very grateful to the teams who managed my mum’s care for terminal cancer and my dad’s stroke rehabilitation. And the sensible GPs and health visitors who made sure that I didn’t fall apart while I was caring for a premature baby and two poorly parents.

It takes a really special type of person to work for the NHS.

When my four month old had a rash and temp on a Sunday morning I called 111. I was sent to see the out of hours doctor who uttered the word ‘meningitis’, called the Paediatric Emergency Doctor and told them to expect us. Within two hours of seeing the first doctor we were in a side room on a ward and my baby had IV antibiotics going in and was about to have a lumbar puncture. Everyone we came into contact with was calm, professional, caring and reassuring. It takes a really special type of person to work for the NHS. It turned out to be viral meningitis so definitely not as serious as it could’ve been for which I’m grateful. I can’t imagine having the stress of worrying about sorting payment/insurance docs on top of caring for a sick child. We are so lucky.

I am very proud of the NHS!

My midwife was literally the most incredible woman. Totally empowered me and restored my faith after my first section which was traumatic for me. She supported throughout my pregnancy – extra scans and all sorts – with a sense of humour throughout. For my second section she came in on her day off to be in theatre with me and briefed the whole team (including consultants) on what I wanted and how it was going to be! I think about her often and will ALWAYS remember her kindness and be grateful. The NHS has also been just wonderful for my dad this past year and a half and I can’t thank them enough. I am very proud of the NHS!

The NHS saved my son’s life

The NHS saved my son’s life when he was 14 weeks old. He got a urine infection and rapidly became very ill with sepsis. We spent a week in and out of hospital. The staff at the children’s A&E, children’s ward and outpatient unit were incredible, they gave him the best care and as the shell-shocked parents of a sick tiny baby they looked after us so well too. They were so calm and professional we didn’t find out until days later that he had been critically ill and could have died. Nobody came to me with insurance forms or sent me a bill for his lumbar puncture or his expensive blood tests or antibiotics. He is now a healthy and bubbly six month old. The NHS makes me proud to be British. I work in the NHS so I know where the problems are but even with its difficulties we are exceptionally lucky to have it.