#NotMyAriel: The Hashtag That Should Not Be Trending 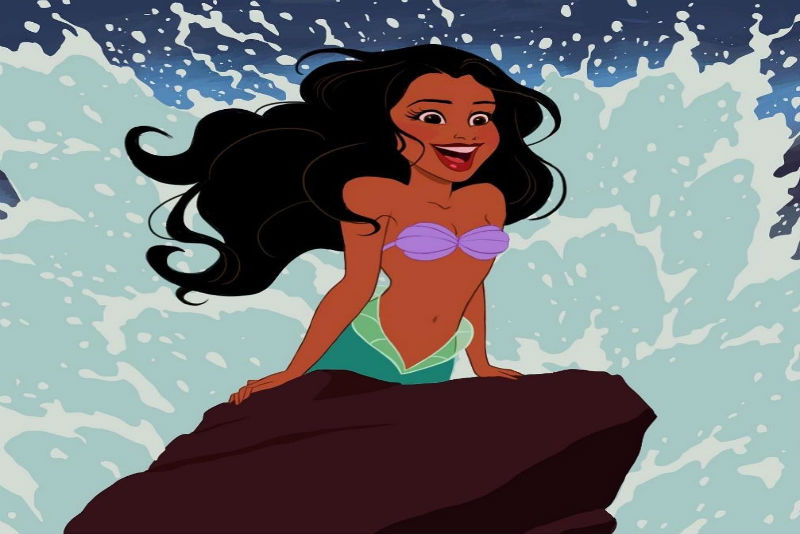 I reached 20 years of age and I wanted to join the army but “you can’t, you’re a girl”.

When I was 25 (+ a few years), Disney cast Halle Bailey as Ariel in The Little Mermaid live remake. The public’s response? “But she’s the wrong colour!”.

I constantly hear I can’t do something because of my gender or my ethnic background. I don’t belong, nor am I welcome in anybody’s world. I’m either too much of one thing or not enough of another (sorry, not sorry). If this is news to you, you only need to see the lengths people are going to, to prove that Halle Bailey does not belong, she is not welcome and she is not accepted. Halle Bailey does not belong in the FICTIONAL world under the sea.

The arguments range from keeping to the original Danish fairytale, the one where:

Then there is the very real and logical issue of historical and scientific accuracy. There is the fact that mermaid feeding grounds are not conducive for producing melanin gifted merpeople. There are also the arguments about talent, diversity quotas etc. and these can be all found under the trending hashtag #NotMyAriel, but you know that already. You probably already know that there is a trending hashtag to #recastAriel. I don’t want talk about it though, instead I want to talk my relationship with Disney.

A part of my world

I was 3 years old when the Lion King was released. An introduction to the world of Disney and I fell in love. Mulan defying society’s expectations and customs was the role-model I need growing up. Belle from Beauty and the Beast inspired me to read every book I came across. Ariel from The Little Mermaid made me excited to swim. I didn’t need these Disney heroines to look like me, nor did I need them to look like anybody else’s interpretation of what they should look like. I just needed them to tell their story, to inspire me, to make me believe that I could do anything I set my mind to no matter what other people did to tear me down.

My children are now old enough to watch Disney films. When we watched Pocahontas I touched on the real history behind it. At the end of Frozen I explained that there was no greater love than their love for each other. Halfway through Dumbo I asked them if they thought it was a kind way to treat somebody, just because they were a little different. Disney is not just an opportunity to tell a story, it’s a chance to sort out right from wrong, to work out where your moral compass points.

When we watch The Little Mermaid live remake I will tell my children that there are people out there, who didn’t want her to be Ariel because of the colour of her skin. When I ask them if that’s the right thing to do, if it’s a kind way to treat somebody, I know what their answer will be.