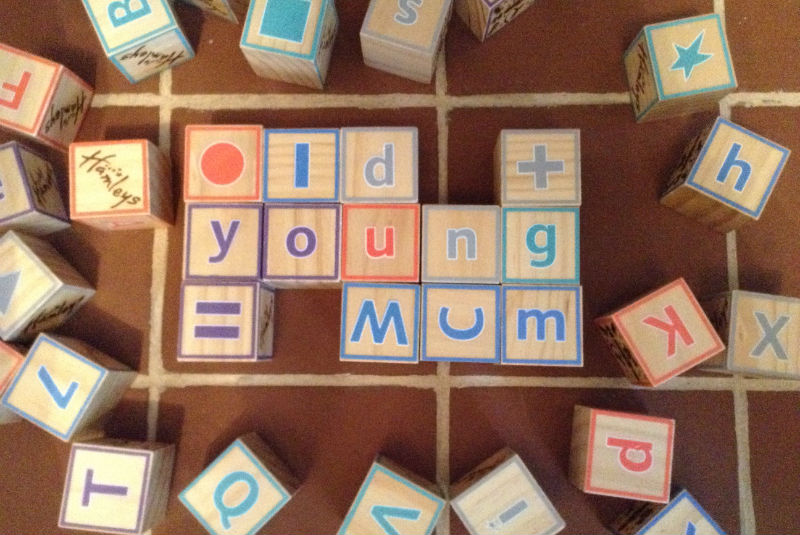 Ever wondered what it would be like if you’d had children a decade earlier, or left it years later? I did, so I rounded up some MOLO bloggers who took the plunge into motherhood in their twenties, thirties and forties and asked them a thing or two about their experiences.

Did you make a conscious decision to have children at a particular time of your life, or is it just how things turned out?

Sam: I had my life planned out. Married at 22, first child at 25. Life thought differently. My first marriage produced no children and had disintegrated by the time I was 30. I met my current husband at 31 and had my first baby when I was 35. Subsequently had two miscarriages at the age of 40, then fell pregnant and welcomed baby number two, who really was a surprise.

Rachael: There was no way I wanted children with any of the men in my former relationships. Fathers need to be a specific type of man – motivating, stoic, with mutually sound moral principles. I met him so late on. There was no white charger but a practical white Audi. I was cautious. I didn’t blunder in to it.

Jade: I didn’t make a conscious decision to have children when I did, it was a total accident, but a happy one. My partner and I had only been together eight months, but things are wonderful.

Do you think your age has had much of an impact on the way you parent?

Sam: I think I might be slightly more old-fashioned on some things, I am big on outdoors play and turning off computers. They played no part in my childhood and I don’t always get the fascination with gadgets, which puts me slightly out-of-step with younger mums, for whom game consoles and the internet were around when they were growing up.

Catherine: Definitely. I felt really ready, undaunted by it and I’d already learned a lot about parenting and birth. We’d made decisions over the years about the aspirations we had for our parenting and decided on approaches. I didn’t feel naive and I was certain I was with the right man. We’re also feeling like a couple of knackered old donkeys. Despite being quite fit, we regularly feel waaaaay too old for this shit. The sleep deprivation is agony.

Rachael: Nothing prepares you for the trauma of parenting, it’s as fresh at 37 as at 16. I’m certainly not a back-flipping fun on roller-skates mum though. I’m more of a careful, methodologically researched mum who dicks about with attachment-based play and stories.

Liz: Although I was 25 when I had Finley (I thought plenty old enough), I was definitely seen as a young mum. I was always the youngest at baby and toddler groups we went to and because of that I felt like I had something to prove. I wanted to show I was capable.

Jade: I’m not sure it has had an impact to be honest, I sort of feel like I’ve always been ready to have kids. My Mum told me when my brother was born, and I was six, that I was like his second mother and she couldn’t imagine me doing anything else.

How do you think your parenting experience would be different if you’d done it earlier or later?

Sam: I wonder if I would have more empathy if I was younger, especially with my daughter. It’s a long time since I was 11. I forget what it’s like to be a kid. I think we all grow up with our kids, they teach us things – in that way, they help to keep me younger, despite the fact I will probably have to work until I am 70 to send them both to university.

Catherine: I could not have spoiled my twenties with this, I needed the freedom of youth for my selfish self. I genuinely admire the energy of young parents but I know few whose relationships didn’t suffer or sever and I can’t help thinking they should be doing slammers in a bar in Goa or dancing on a table with a lover, not wiping someone’s arse or doing the wrong kind of all-nighter.

Rachael: I was a complete risk in my teens and early twenties. Had I birthed two children back then, there’s no way I’d have coped with the sleep deprivation, the personal sacrifices, the career sabbatical, the need to straighten up and put my ego aside. I’d have muddled through but I don’t think I’d have been able to get it into perspective and cherish it for the filthy, messy, deeply painful but restorative beauty that it is.

Liz: There is always a sense of ‘am I good enough?’ and a niggling feeling that I might have been a better mum if I’d waited until I was older. As I get older, I’ve learned that it doesn’t matter really. I know I’m doing my best and love those little munchkins with all the love I have to give, and so that has to be good enough, right?

Love this? You can read Laura’s last brilliant blog The Why Phase, or for more from The Motherload® bloggers, including Jade, Liz, Rachael and Sam, head to our homepage