Please Stop Telling Me To Sleep Train My Baby 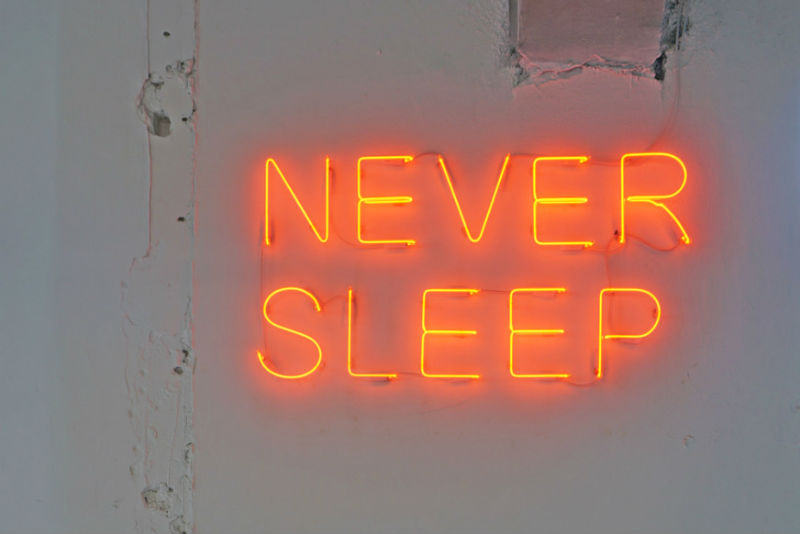 My son, small as he is, is very clear on what he does and doesn’t like. He likes yoghurt, flirting, cats, dogs, Duplo, bum-shuffling, and baths. He doesn’t like naps, bedtime, being tricked into sleeping into the pram, or waking up.

Because yes, my son is the thieviest of sleep thiefs. He seems to believe he was put on this earth to stay awake at all times, and so I’ve spent the past 14 months in a sleep-deprived haze so thick that….oh, I’m sorry, was I saying something? I think I nodded off for a second.

Apparently, though, the snoozy catastrophe that is our house is all my fault. I have done it to myself, and have no right to complain.

I decided fairly early on that I wasn’t up for sleep training.

No disrespect to those who do it – you do what works for you – but it’s just not for us. But apparently, for some people this decision means I can never, ever make mention of my son’s rubbish sleeping because I haven’t been willing to “try everything.”

A typical conversation with one of those people goes something like this. I meet someone new. They inevitably ask how my son sleeps, because that’s what you ask someone with a baby, apparently. I laugh the hollow laugh of a woman who hasn’t slept since 2016 and am initially met with looks of the deepest sympathies. They tell me how their child was still waking once a night until they were seven or eight months old and I repress the urge to shout “YOU DO NOT KNOW TRUE HORROR” because parenting isn’t a competition but God it’s tempting to top trump them with the tales of my nocturnal landing shufflings. Which, incidentally, is the name for my motherhood-themed girlband.

Then they tell me how what fixed it for them is a bit of controlled crying.

Three horrendous nights and they were done and fixed. Except for when there’s something else going on, like teething.

And here’s where it all flips around. They ask if I’ve thought about sleep training, and I say it’s not for me, and then I’m apparently dead to them.

Okay, I’m maybe not dead to them, but that sympathetic face sure disappears fast. I’m complaining about sleep and I haven’t even tried training? What kind of a chump am I?

And, to give fair warning, I’m also a chump who’s about to throw a bit of a pity party. Not just because I’m so very tired (not sure if I’ve mentioned that), but because not sleep training is a hard decision to make, and to keep making every time your child cries out in the night. The pressure to do it is huge, from health visitors, and well-meaning other parents, and relatives, and books, and people on my Facebook feed who I met in a hostel 10 years ago and who are for some reason still my friends. For these people it’s the magic solution to a baby who won’t sleep, and apparently you should absolutely do it.

And for those who’ve had it work, the decision not to try it can seem obtuse, and masochistic, and downright idiotic. I totally get that – from their point of view, I really must seem like a fool. But, just as they know it was what was right for their family, I know that it’s not what’s right for mine. But saying that doesn’t make the pressure and the conversations go away.

So where does that leave me? I’m beginning to realise it leaves me somewhere pretty annoying – trapped in a Groundhog Day of the sleep training conversation, with no escape until my son eventually leaves home and is wide awake at 3am in someone else’s house.

Because that’s what I tell myself to help get through it. One day he’ll be 25, and he won’t need me to cuddle him back to sleep in the night.