Pregnancy & Birth ~ USA ~ “I Chose My Obstetrician on Yelp” 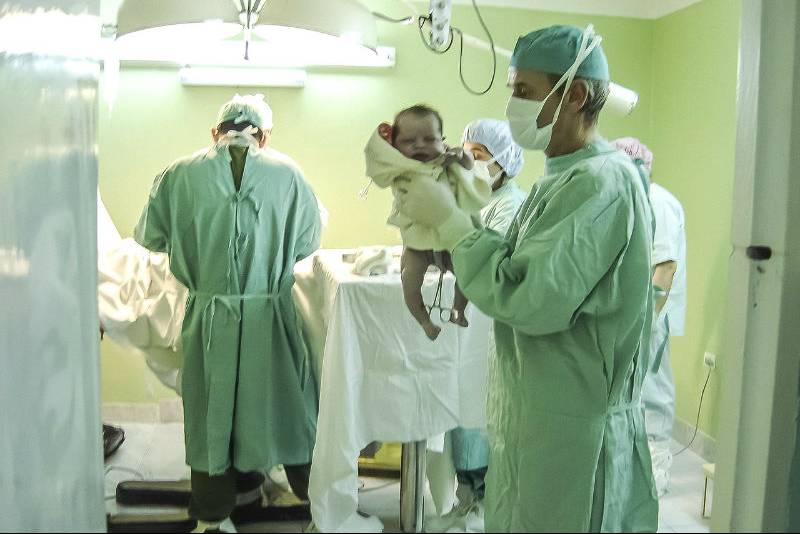 Pregnancy and birth USA – things are done a little differently state side.

…We’d been living in the US for about 18 months when I got pregnant with our daughter. My husband and I were delighted as we’d been trying for a little while, but also because we’d hit dual citizenship gold!

What we hadn’t appreciated was quite how different it would be to go through a pregnancy in the US rather than at home in the UK. My friends have told me about their midwife-led births where they were encouraged to go as natural as possible. Of course, you take for granted that your healthcare will be free too.

I don’t want to comment on the positives and negatives of insurance-based healthcare versus a national health system. Believe me, I have many many comments on this. Instead, I want to share some of my own experiences that my friends back in the UK have found the most different to theirs through the wonderful NHS.

Once I found out I was pregnant, I discovered it was time for me to choose my own obstetrician, or ‘OB’. And where else would I choose a medical provider in the US than on the Yelp app? After selecting one of the top rated OBs in the city (100 reviews and 4.5 stars in case you’re wondering), and confirming that my insurance company listed her as “in network”, I secured my first appointment and scan. At just eight weeks.

My health insurance comes for a small monthly fee, mostly subsidised by my husband’s employer. Friends who pay for their own insurance typically pay around $300 (£200) plus per month.

At that eight week appointment I met my OB who would see me personally once a month, and then later once a week, throughout my pregnancy. We realized five minutes into this first appointment that she’d assumed we were actually interviewing her and so she was selling us on the benefits of using her and her hospital for the birth. Given we had no idea what to look for in an OB (I had to spell check ‘obstetrician’ when I wrote it above) and people were pretty positive about her on Yelp, we explained we could cut to the chase.

Throughout my pregnancy she was a constant. She worked with me on a birth plan – “good, that doesn’t sound too ridiculous. Did I tell you about the patient who forbade me to speak to her directly?”. She gave me direct and hysteria-free advice – “I’m taking a long haul flight. What should I make sure to do?” “Have a nice time.” And, as it turned out, she later saved my baby’s life after an extremely complicated c-section. She wasn’t modest about this either – “You were extremely lucky I was there”.

There are so many appointments

Back at my first OB appointment, I was given the paperwork required to set the gears in motion for my appointment cycle. It was like an initiative test to work out everything I was meant to organize: a 9 week scan, blood tests, 12 week sonogram, 14 week genetic counselling session, 20 week sonogram, 24 week glucose test, hospital tour, birth class and of course all of my OB appointments, initially monthly, then fortnightly and finally weekly.

Don’t get me wrong, I’m a worrier and so I loved that I had so many appointments and checks, but it all speaks to the incredible medicalisation of the pregnancy process.

On my due date, I went in for a ‘routine’ amniotic fluid levels test. Embarrassed, I told the nurse that I had wet the bed in the night. It turned out I hadn’t. In fact, my waters had broken and so I was kept in the hospital to have the baby that day. After nothing happened for several hours, I was induced.

I’d been told in the hospital’s pain relief class that 85% of women at my hospital have epidurals. Knowing it was unlikely I’d make the top 15% of brave women, I decided that I’d be following the majority. A friend of mine nearby was told that in her hospital she would “have to fight to avoid an epidural as the nurses like quiet corridors” and “the anaesthetist pays for his family holidays on his epidural commissions”. I did however wait, at the nurse’s gentle suggestion, until I actually felt some pain.

As I lay trying to sleep, between being rolled from one side to another every half hour, I laughed (yes, the epidural was that good) at how I had insisted on being brought up to one of the rooms with a bath. This was so far from a ‘natural birth’ that it felt like a comedy sketch.

Of course, I ended up, like one in every three Americans, having a c-section.

My husband returned home from our hospital tour at 34 weeks and re-packed his hospital bag. “I’m going to need more stuff”, he told me as he stuffed extra clothes, swimming trunks and a bottle of champagne into his suitcase with a massive grin on his face.

On leaving the c-section recovery area, I was immediately wheeled to my own room with en-suite bathroom, flat screen TV and views over the city. My husband pulled out his camp bed and changed into his first outfit.

While recovering from major abdominal surgery isn’t exactly a mini-break, the hospital certainly felt like a hotel at times. Though I’d probably ask for my money back if the hotel staff were waking me up with pain meds and a blood pressure monitor every four hours.

We made the most of the room service during our four day stay too: “Ooh darling, can you call down and order me the burger tonight….with a side of prunes as usual please.” On our fourth night a ‘stork dinner’ was served to us in our room. We chose the steak, with the tiramisu for dessert, and the whole thing was served on a table cloth across my hospital bed table. Of course, when we finally ate it in about two minutes flat during a brief reprieve from crying and breast chewing, it was a little cold. But it tasted bloody marvellous.

My absolute favourite thing about the hospital though was the night nursery. While it might be controversial to be separated from your baby so early on, it’s a personal choice. And my personal choice was to keep this new fragile baby the hell away from the two of us clueless idiots.

We were completely convinced that she would only be safe in a room full of nurses during the night, even if those nurses were just putting her cot by the printer while they went about their admin. They’d only accept the babies when they were already asleep, which led to my husband sprinting down the corridor one evening pushing her cot in front of him before she could wake up. In all seriousness though, it was incredible. The nurses would bring her in for me to feed her regularly, and it gave us a few precious nights of sleep recovery before being discharged.

Once we got home, we were visited the next day by a nurse from the hospital. After commending us on the baby’s weight gain (before that all went wrong) and asking us some basic questions, she told us we had passed whatever test she was there to administer. The only thing we had failed on apparently was not having a baby earthquake survival kit. I’d never seen that mentioned on Mumsnet.

I can’t finish without mentioning the total cost of my pregnancy. We were incredibly fortunate that our insurance covered everything with no ‘deductible’ (excess) to pay by us. The bills, each thankfully marked as ‘fully covered’, rolled in as our eyebrows raised higher and higher.

For all of our appointments and scans during my very routine pregnancy, my insurance company was billed $15,000 (around £10,000). For the labour and my four day stay in hospital (which, granted, did involve a pretty complicated labour), the insurance was billed $80,000 (around £50,000). Although you know, that second figure did include the room service, and I really did order a lot of prunes…

What we ended up with after all of this is exactly the same as we would have ended up with anywhere in the world. And she’s worth every cent of the $95,000 (that the insurers paid) and then some. We move back to the UK shortly and so I’m anticipating I’ll be experiencing something kind of different next time around – “what do you mean I can’t leave my kid by the printer with y’all for the night?”