The Pressure To Bottle Feed 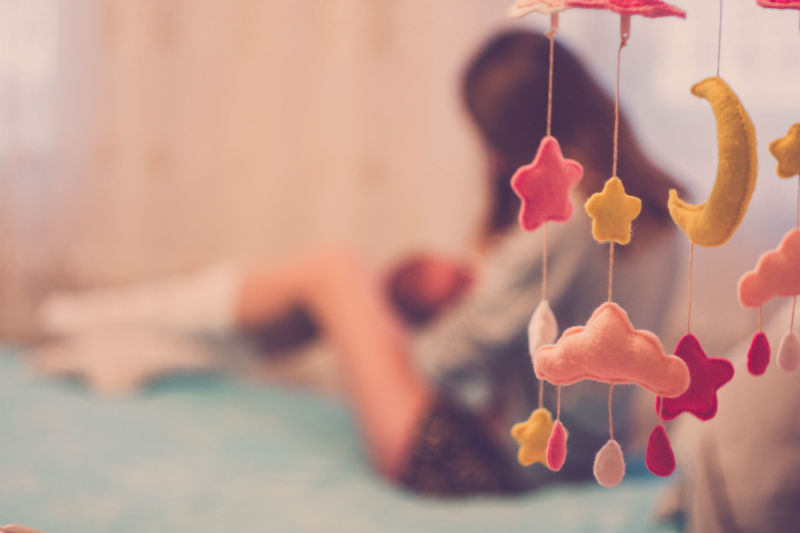 Earlier this month, I watched “Breastfeeding Uncovered”, a documentary that aired on Channel Four in which presenter and new mum Kate Quilton tries to pinpoint why Britain has some of the lowest rates of breastfeeding in the world and my memories of my own breastfeeding struggles after my first child was born were vividly reawakened…

Among other lamentable observations (such as how she’s made to feel like a leper for breastfeeding in public), Quilton identifies one key issue which rings very true for my own experience:

She reports how from the minute babies are born in this country, and from the very first sniff of any problem with establishing breastfeeding, many mums describe an immense pressure from medical staff, friends and family to give their baby formula. Instead of new mums being supported to learn how to breastfeed successfully, it seems that many of us are far too quickly pushed into either ‘topping up’ with formula, or else abandoning breastfeeding altogether and switching over to bottle feeding.

Before talking more about my own experience, I want to emphasise that this post is in no way a criticism of women who choose to bottle feed. My concern is about this entirely unhelpful pressure to switch over to formula that mums who wish to breastfeed repeatedly experience.

After my son was born in New York five years ago, I experienced a severe postpartum haemorrhage. This meant that instead of the magical first 24 hours I imagined I’d experience with my long-awaited new baby, I was rushed off to emergency surgery straight after delivery, and then spent the first night in the recovery room, receiving blood transfusions and under constant monitoring. I did not see my baby again until the next afternoon.

This also meant that I missed out on the crucial first 24 hours for establishing breastfeeding. And that contrary to my plans, my son was formula fed for the first 24 hours of his life.

I took it upon myself thereafter to try and make up for lost time and did everything I could to get the breastfeeding going. It was a pretty relentless battle but it was really important to me so I didn’t give up. But with my body weak from the traumatic birth and blood loss, I found that I could not establish a strong milk supply quickly, even with long hours spent cluster feeding.

Given this reality, and knowing that my son was already used to formula due to my absence after his birth, I realised quite quickly that I would have to – at least initially – combine breast / formula feeding.

What I did not expect, however, was the screaming chorus of people all around me trying to persuade me to stop breastfeeding altogether and just give him formula.

For a start, the temptingly easy ready-made formula bottles with their perfectly adaptable teats were constantly offered to me and baby for the couple of days I stayed in the hospital after the difficult birth. Formula was taken as a given by the medical staff at the New York hospital I was in – their question was only how often and how much did I want to give him, not if I wanted to give him formula at all.

No one told me that the more formula I give, the harder it would be to increase my milk supply. They just wanted the baby fed quickly and efficiently.

After coming home, with my ongoing milk supply issue, it felt like a near constant refrain from those around me to ‘just give formula’.  Everyone was at it – doctors and nurses (in the US, unlike in the UK, there were no community midwife visits after birth, instead you take your baby to the paediatrician’s office), family, friends…

What did I need to struggle for when there was this easy alternative staring me in the face? This was the overriding voice I recall from those first few hazy sleep-deprived months.

It would have just been so easy to give in to the pressure. Formula was everywhere, screaming out “DRINK ME”. Especially as for all the time I was struggling, I knew that my baby preferred the formula as he got his fix more quickly. I was constantly questioning my choices and wondering if I had got it all wrong, feeling guilty and anxious. Was I needlessly making my baby suffer?

In the end, it turns out I’m a pretty stubborn mule, and I kept going. With the help of an electric pump, I started expressing five times a day to increase my supply; I learnt everything there was to know about natural supplements to boost milk supply. And thanks to a La Leche League friend, I finally overcame issues with my baby’s latch.

And with all this superhuman effort, after about four or five months of combined feeding, I achieved what seemed like the impossible – an exclusively breastfed baby. It was a wonderful sense of satisfaction.

Since that first-time struggle, I have given birth twice more (in the UK), and have had a positive experience exclusively breastfeeding for over a year both times.

If there is one thing I can conclude based on watching “Breastfeeding Uncovered” and my own story, it is that the whole narrative of health professionals (and our own peers) needs to change in relation to breastfeeding mums – especially if the UK is to tackle its low breastfeeding rates. Let the narrative be about helping new mums who wish to breastfeed make a success of it – and feel confident in their choice – not undermining them or pressurising them to give up.