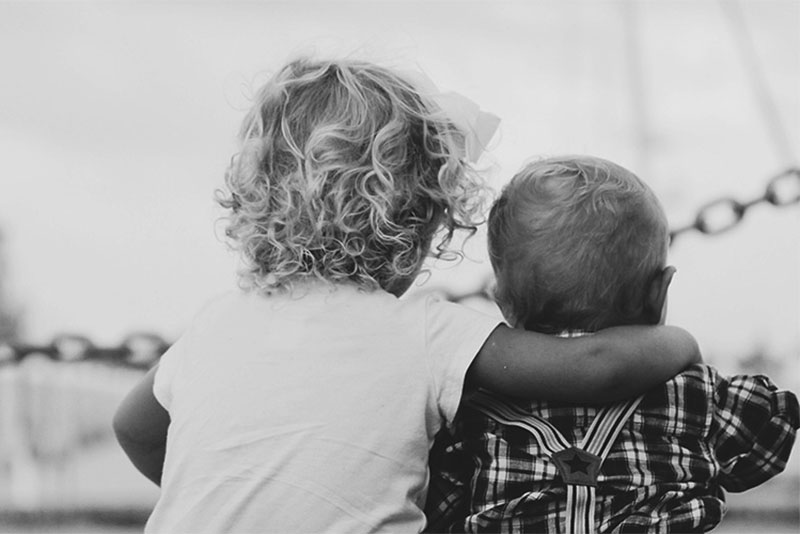 I can pinpoint the exact moment I realised Second Child Syndrome was real. My second boy was five months old and I’d just wiped his nose with his big brother’s dirty sock…

Not a baby wipe. Not a piece of kitchen roll. And certainly not the branded hypoallergenic gentle balsam tissue with which I’d caressed the first one’s nostrils. Poor, poor number two.

He turns one this week. For the first child’s first birthday we lavished him with (admittedly pointless) gifts and both took the DAY ITSELF OFF WORK to walk him round the local wildlife park.

We followed this up with a big family bash for 60 people at a local hired hall, for which we also sorted out soft play equipment hire at the eye-watering price of a hundred quid. What are my plans for this week?

I’m going to be honest, until this morning I didn’t have any. I’ve now ordered a £3 rice cake topper of No.2’s face from Amazon (it’s going on a basic ginger cake. He’s a red-head. It’s funny!) and banged out a quick Facebook message to about three friends to come round and eat it on the day after his birthday.

On the day itself, we have plans: I’m taking him for his 12 month booster injections.

Initially, I worried about this sort of stuff. He was exposed to a TV screen about a year-and-a-half before his brother was allowed. He tried ice-cream at 9 months old. In December I caught him eating broken advent calendar chocolate OFF THE FLOOR.

Now? Not so much. He’s lucky. We live in a safe country, free from poverty and he has everything he could need. Admittedly none of it is new, but that’s by-the-by. He has a brilliant older brother to play with, fight and learn (good and bad things) from.

He’s got two parents who have had nearly 4 years practice at this baby lark now, and have hopefully learned a few good tricks along the way.

He’s also my last baby, so I’ve lavished him with love and attention and enjoyed almost every moment, unlike with number one, who probably didn’t even get a glimpse of normal me for three or four months. Second Child Syndrome: when you look at it this way, it’s not all bad!

Sophie is a thirtysomething mum of two, a big eater of food and drinker of wine (of which her favourites are Kung Fu Girl Riesling and Chateau Musar, in case you were going to buy her a bottle for… you know… just being fabulous.

She lives 2 disappointing miles short of the Cotswolds with her husband and boys in a chaotic house of farts, fun and love.

When she’s not arsing around with writing, she is a radio presenter, producer and journalist and also a jobbing voiceover artist.

Sophie lives with her husband and two sons in a village six disappointing miles short of the Cotswolds. She’s a radio presenter, voiceover artist and lover of food, wine and shoes.