A Million Pieces: Maternal Mental Health
Why All Couples Need A Safe Word – In The Delivery Suite
Baby Girl, You Are One 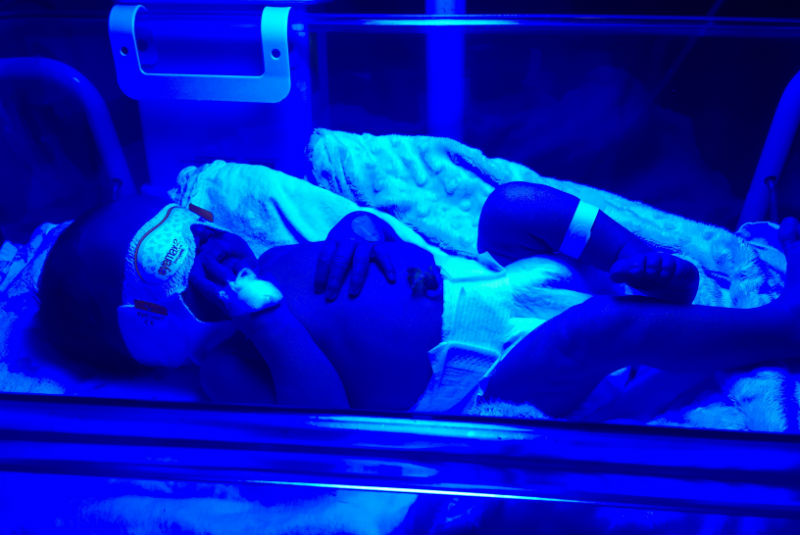 As I lay here, in today’s smudged make up and unbrushed hair, invading your personal space in a way that feels only natural (you did it to me for 8 months after all); I can’t bear to tear myself away from you.

Don’t get me wrong, as much as I’d love to get pissed as a fart, dust off my dancing shoes, stumble home accessorised by the remainders of a dirty kebab to then have a full night’s sleep (I know, I’m sure that it’s a myth too) … the anxiety of leaving you isn’t worth it.

You are not my first baby, or even my second, you’re not the babies I lost through pregnancy, you are my third born; yet the thought of leaving you causes panic attacks that feel as though an elephant is tap-dancing on my chest and I feel an overwhelming rush of emotion. I simply cannot do it.

Post-Traumatic Stress Disorder has done this to me.

I have not been to war or had a fist fight with a lion to be diagnosed with this; I simply did something that amazing women have been doing for thousands of years, I gave birth.

No matter how much or how little money you have, if you’re married, single, old or young when you fall pregnant you have one job (besides trying not to piss yourself when you laugh or sneeze) you have to essentially be an oven, but what if  you’re a lousy cook?

My waters broke prematurely and I was in hospital for three days before induction due to staff shortage. Despite the worry of infection, I managed to go for a relaxing soak without the entire cast of Paw Patrol toys rammed in my crack, and finish a whole book… okay …a magazine, then a nap.  As soon as I gave birth, motherly instinct kicked in and told me something was not right, he was wheezing, mucassy and couldn’t feed; he felt freezing to touch and was shivering. I kept getting told that it was just shock from birth so I sat up in the hospital bed cradling him, sat on a burning ring of fire and a tear from the huge head that he inherited from dad.

My son was disgnosed with pneumonia the following day. He had picked up an infection from a prolonged membrane rupture (cue the guilt), he also had jaundice and sepsis, by this point he was very poorly; he was taken away for a test and was rushed away from us straight to the special care baby unit. His tiny, fragile 6lb frame was put in an incubator, given oxygen and had more tubes in him than orifices.

We feared the worst and our world crumbled in front of us. If he didn’t pull through I didn’t want to live any more. As selfish as it sounds, knowing I had my other children to think of too, I just couldn’t fathom going on with the loss. I was sure they would be better off without me, I wouldn’t be able to admit to them or family that it was whilst inside me that their brother, or nephew or grandson fell ill.

Being the tough cookie that he is, he started to recover, we were able to change his nappy through the side of the incubator and feed him some expressed milk. With things looking positive I finally felt up to announcing the birth on Facebook (because if it’s not on social media was I even pregnant? or had I just eaten too many pies?).

Shortly after recovery he fell very poorly again, this time with meningitis. Despite holding our tiny screaming baby whilst he had a lumbar puncture and multiple X-rays we were reassured by the doctor that it was ‘good meningitis’ (at which point my son’s dad sarcastically exclaimed ‘thank god he has GOOD meningitis’). Again our fighter pulled through.

The guilt of giving birth to a poorly baby is indescribable. Trying to find someone to blame other than your body for not doing the job that it was created to do. Flash backs, panic attacks and a deep feeling of helplessness. Having to relive the experience every time you step back into the hospital to have follow-up appointments.

It has taken until now to admit the diagnosis of Post Traumatic Stress Disorder, and that I have been receiving help from counselling and medication. As sad as it sounds, it is painfully hard to shatter the illusion that you have your shit together. Everyone has a battle going on, try not to assume from a smile that you see briefly, that they are not completely falling apart behind closed doors.

So to my boy, my son, my littlest love; despite the fact that you are a little shitbag who finds it hilarious to turn the TV off when we are watching, to post everything you can get your hands on down the toilet and piss on me at every opportunity you get, you are the reason I am still here.  Thank you for being so much stronger than I was, enjoy getting away with everything while it lasts.