Whistles or Jeers: Why Street Harassment is Never Okay 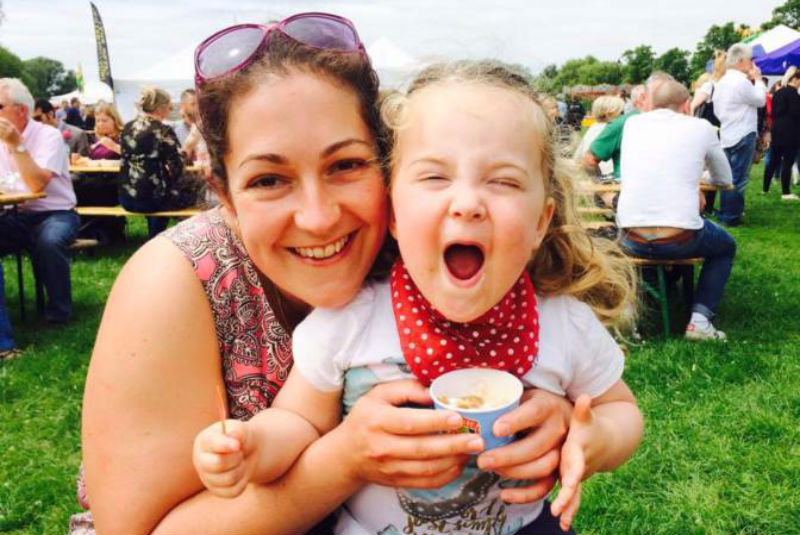 I was going about my business last week, when I overheard a horrible conversation about myself. It made me feel like shit. I’ve been reflecting on it for a while now, and I’ve decided it’s time to write about it.

Here is exactly what happened; I was on my way to London. Ironically, to talk on TV about the pressures women are under to eat properly whilst pregnant. I was pretty nervous. I was keen to do well on the TV and not make a twat of myself. So there I stood at Peterborough station, all glammed up, getting my tickets from the machine. I heard some male laughter and chatter behind me, followed by a wolf whistle. The voices were only a few feet away from me. Now I can count on one hand the number of times a wolf whistle has been aimed at me, and they were all a good few years ago. I thought nothing of it and assumed it was aimed at someone else. But then the following conversation ensued “What her mate?” “Yeah!” “What HER in the khaki coat? She’s not sexy, mate, she’s FAT!”. By this point I knew it was about me. I burnt up with embarrassment and rage.

“I am a feminist, and I am not putting up with this shit!” I thought. So I turned round and glared at them, stomped right passed them, even though I had no need to go in their direction. I wanted to challenge them back and make them realise they hadn’t intimidated me. By this point they were laughing “ooh you’re getting daggers now mate!” as I walked back past them, the one who definitely didn’t think I was sexy delivered the final verbal blow “Oh yeah, going to get a Cornish pasty were you?” and they all laughed. Nice huh?

So I boarded my train feeling pretty crap. I’d just been shamed publicly and hadn’t even come up with a decent retort. And I’ll admit it, for a short time they did manage to make me feel fat and ugly. Any hopes of me looking good on the telly were dashed. I was now a fatty on my way to give a live interview about why people should lay off women and their diets while pregnant, and cut them some slack. I was definitely going to come across as a fat, ugly, lazy slob.

So, I did what any self respecting MOLO would do. I had a bit of a cry on the train (whilst desperately trying not to smudge my mascara) and posted on The Motherload® Facebook group about my experience, in search of a bit of solidarity and love. And my god did I get it. Within minutes there were messages of support and love and stories from fellow MOLOs who’d gone through similar experiences. It was kind of beautiful and amazing and horribly sad at the same time. Some told of how they get wolf whistled at regularly on country lanes while running, and it makes the feel scared. Some had been told they had a nice body but a “seven pinter face” (apparently this means it would take seven pints to find them attractive). Charming, eh? Others had overheard conversations on buses from men chatting to each other about all the things they’d like to do to them, in vile detail. There were stories of men kindly informing women that they had a fat arse, totally unprovoked. In each of these instances the women in question felt vulnerable and violated. How the fuck do these men think it’s acceptable to judge and speak of our appearance in this way?

What I find interesting is that the women on The Motherload® seem to treat both the cat calling and the derogatory rude comments in a similar unwelcome manner. And I totally understand why. I have been on the receiving end of both. For many years I’ve struggled with my weight. I remember many nasty comments about being fat in my teenage years. Each time it hurt. During my University years I went on a weight loss mission. I managed to lose around 3 stone. Luckily for me GHDs had also just been invented. I was now a lot slimmer and had the ability to have straight shiny hair. Men seemed to suddenly treat me differently. Yes some of it was nice and I took it as a compliment. But often, the random, drunk attention in pubs and clubs and on the street was pretty horrible. I had my arse pinched. Two blokes asking for my number once followed me pretty relentlessly for a good mile across London. I was so scared. I remember a rather horrible experience being chatted up by a cab driver. A man on a train once put his hand up my skirt then tried to pass it off as a joke. The worst was nearly having my drink spiked in a club in London. Luckily I was warned before I drank it. For years I’d wanted to be more attractive to men, but this was not fun. What I realised is that these incidents, despite being few and far between, were (and probably are) a pretty common occurrence for women on a daily basis up and down the country. And that’s incredibly sad.

What can we do to teach our kids that this kind of behaviour is not acceptable? I have two daughters and the thought of them having to go through this crap makes me so sad. But I have to be positive. When I was a teenager and in my very early 20s I used to feel ashamed when I’d get shouted at in the street or a boy would call me a “fatty” at the school disco. These days, despite being temporarily floored, I feel cross, not embarrassed. That’s no doubt because I’m older, wiser and more sure of myself. But there are many more channels of support these days. One MOLO put me in touch with the fabulous ihollaback.org, an organisation whose mission is to build safe, inclusive public spaces by transforming the culture that perpetuates discrimination and violence. There you can post your own stories of harassment, shaming or belittling and read others’. People then post to “have your back” in support. There is the Twitter handle @EverydaySexism, which documents experiences of sexism, harassment and assault to show how bad the problem is and to create solidarity. And of course, there is The Motherload® itself. If it wasn’t for MOLOs that day, I don’t know whether I’d have gone on and done that TV interview. The comments of support and love, and the knowledge I wasn’t alone seriously gave me the confidence to brush myself off and get on with it, safe in the knowledge a massive troop of MOLOs had my back. And for that, I am grateful.

Love this? Share it, and spread the MOLO love. You can read Sally’s last brilliant blog The Shame in my PND Anger Demons or for the latest from The Motherload®, head to our homepage. If you’d like to see the interview Sally did after being harassed, you can watch it here

Sally Bunkham is a blogger and founder of  Mum’s Back, who provide hamper treats for mums focusing on the yummy stuff they’ve not been allowed whilst pregnant. Sally also raises awareness of perinatal mental health issues. Follow Sally on Facebook

Sally Bunkham is the founder of mumsback.com, who provide luxury gift hampers for new mums focussing on the yummy stuff they've been denied in pregnancy. Mum's Back also raise awareness of perinatal mental health issues, and £1 from every hamper goes to PANDAS Foundation.