Should My Miscarriage be a Secret? 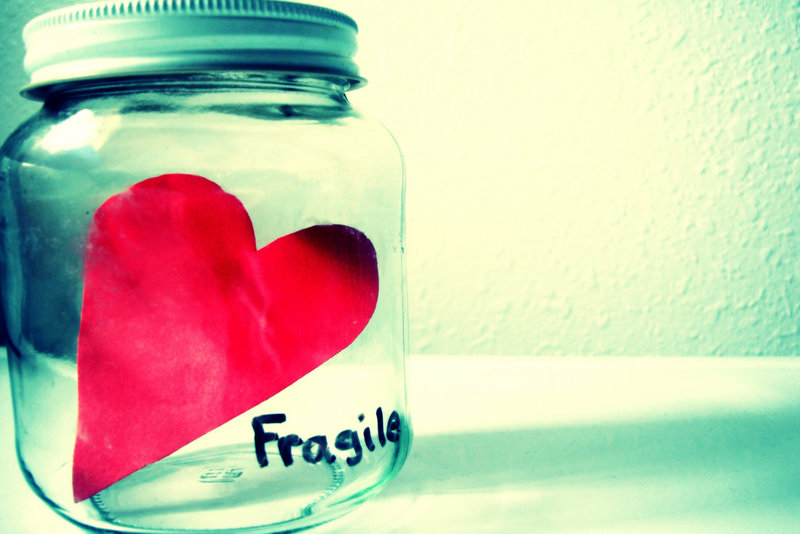 I’ve asked myself countless times “why do we keep a miscarriage a secret?” Is it because it’s an odd bit of news to tell? “Hey, I was pregnant and now I’m not and I’m falling apart”. How would I expect people to react? How do people feel sad about something they didn’t even know about? How would I expect people to digest short-lived, good news followed instantly by devastatingly bad news in the same sentence?  Maybe we keep it a secret because we are scared that people won’t understand. Scared that they won’t understand how sad we are about losing something that we only had for a few weeks. So, is it easier to keep it quiet? Is it easier to keep it inside and hide your pain than to cause an awkward conversation?

Statistics say that 1 in 5 pregnancies end in miscarriage before the twelfth week and it’s recently been reported that it can cause Post Traumatic Stress Disorder in women who suffer one. 1 in 5 pregnancies! PTSD! Why don’t we talk about it?

I’m not talking about close friends and family, in my case, of course, they knew I was pregnant anyway. But to carry on through life in those following months after a miscarriage without work colleagues and other friends knowing the excruciating pain and sadness you are feeling is so very, very hard. So why do we keep it a secret?

I suffered a missed miscarriage, where you aren’t aware that your baby has stopped growing until you attend a routine scan and are told the brutal news. I didn’t find out until my scan at 12 weeks, the day that you are meant to be driving home with scan photos. Instead I drove home with leaflets on which treatment I needed to get my baby out. Still numb and in shock, my husband and I drove home with the words of the nurse on a loop in my head; “I have some terrible news, the pregnancy ended at 8 weeks”. I can still hear her voice and see the sadness in her eyes. We were in agony and completely heartbroken and there was nothing we could do make it better. Even writing this now, five months on, I feel my heart pounding, the hotness, the sickness, the tears and the panic that washed over me that day and the following week while I waited for our baby to leave my body. Staying at home I could be in the bubble where we knew what was going on, where we were aware of the pain and where it was okay to cry uncontrollably at random.

Leaving the house was different, that was hard. Why was everyone carrying on as if nothing had happened? Why was the world still turning? If bumped into my friends who I hadn’t already told would I be able to tell them what had just happened? I dreaded seeing people. Going back to work was even harder. I felt sick with nerves walking from the car to my office, I wasn’t sure if my legs were going to get me there. Thankfully I work with lovely friends who knew I was pregnant and who let me cry into their hugs when I arrived. I thank god for them. But after that, walking around the building and seeing colleagues who had assumed I’d been on holiday felt impossible. I wanted to run around the building screaming that I had been pregnant with a baby that I loved but it died and that I was so, so sad. That I had a sadness that was swallowing me up and I just needed them to know. I wanted them to know that my baby existed, that my husband and I created a little life that we loved, and that we were sad that it ended. But instead I just tried my best to smile and carry on making my tea in the shared kitchen and making small talk in the toilets.

Seven weeks later the hospital discovered that the medication given to me hadn’t worked and my baby was still inside me, I needed surgery. I was off work again for that and the intense sadness and tears returned. I went back to work once again with the urge to blurt out what had been happening to me, to tell everybody about my baby, to just talk about it. But I just kept it quiet. I didn’t know how to bring it up.

However, as my due date approaches I do find it harder to talk about. I completely understand the women, and men, who keep quiet because they really just don’t want to talk about, because the pain is too much. I understand that now, I think I was in shock at the beginning, nothing felt real, I felt so confused and couldn’t understand why it had happened. So I wanted to talk to people about it, trying to get answers that just aren’t there.

I would never force someone to talk about it. Everybody has the right to deal with it in their own way.  Looking back to when it first happened keeping quiet made me scared. I’m scared that someone who doesn’t know about my miscarriage  will ask me when my husband and I will have kids or if someone will tell me “it’ll be you next!”

I’m scared of someone who doesn’t know about my miscarriage asking pregnant colleagues about their pregnancies and about their scans and their plans for maternity leave while I’m in the same room. I’m just not strong enough to join in yet.

Six months on and the date I’ve been dreading is close. My husband and I are still heartbroken and I suffer inconsolable tears at times, but we are healing and hoping that we will be lucky again soon. Talking to the people in my life that do know about it all has been something that has helped immensely. I have needed to talk about it and although there are many forums online of women experiencing the same thing, I found that speaking to people I know is very healing. I wanted to speak to someone I knew who had been through the same thing. I wanted to share our stories and help each other. But people don’t talk about miscarriage, not beyond their close friends and family anyway. If only we talked about it.

There are charities that do amazing work for parents who have suffered a miscarriage. Their websites have been a godsend for me. But I feel in general things need to be less awkward. If you know someone who has had a miscarriage, don’t ignore them if you just don’t know what to say. You can get in touch with them and let them know that they’re in your thoughts. Don’t be worried that you’ll bring up a bad memory, as they didn’t forget that it happened.

If I can be here, breaking the silence, I would tell someone that their pain is relevant and allowed and that no one is going to belittle their loss just because their baby died before it was even born, no matter how many weeks into the pregnancy, whether it was at eight weeks or five or sixteen or twenty or even two. I want to acknowledge their pain and tell them they have every right to talk about their loss. It’s a painful loss and it’s real. I can’t keep wondering why people don’t talk about it if I’m not willing to talk about it myself. So, if I ever know someone who needs to talk about it, they might just read this and know that there is someone they know, who will just talk.

Natalie is 33, married and has a passion for perfume which is handy as she works in the fragrance industry. Once a marathon runner, now a box-set marathon Netflix viewer. In the midst of house renovations and hoping to expand her family with a puppy and baby!
You can follow Natalie on Twitter