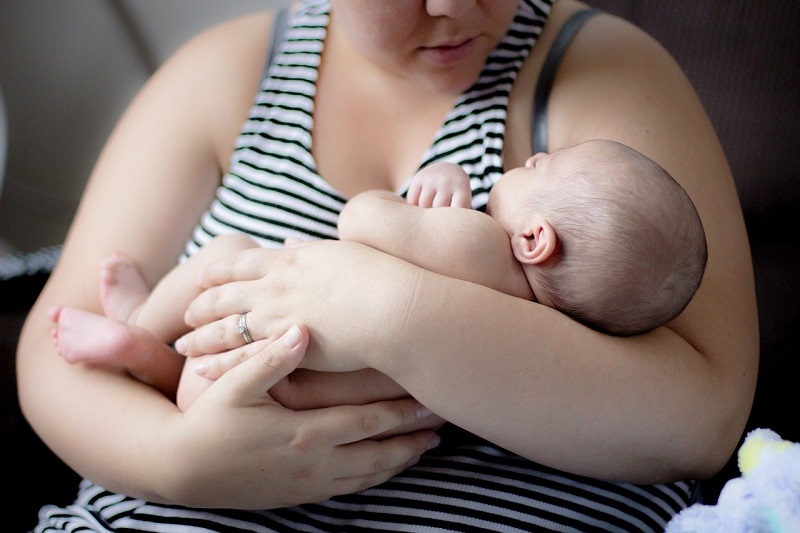 In these worrying times of public health – should unregulated sales reps be allowed to prey on new mums, just hours after they’ve given birth?

Delirious, exhausted, and pissing through a catheter, I spent the first day of my son’s life shaking uncontrollably as an ‘accidental overdose of epidural’ drained from my body. I was battered and bruised, emotionally and physically, and it was four hours before I could even hold my first-born child.

A 45 hour labour had culminated in an emergency Caesarean at 5.30am. My child was immediately attached to breathing apparatus while I was sewn back up. My husband and I were bewildered and shell-shocked, yet we were elated at the existence of the small human lying in the crib next to my hospital bed.

Hours were punctuated by needles, monitors, nurses and doctors, all hurriedly taking notes and ticking forms. So when the next visitor smiled kindly as she approached my bed, yielding nothing more than a clipboard, I sighed with relief.

“Just need your email, address, date of birth and a few other bits and I’ll be on my way,” she whispered gently.

We duly relayed all our personal details as the nice lady filled in the form for me – my hands were still shaking too much to hold a cup of water steadily to my mouth, let alone a pen.

“Great, great,” she murmured. “Such a beautiful baby. The precious first day. A memory forever…”

Alarm bells rang. “Who are you?” I asked? In our befuddled state we had simply presumed that anyone approaching my bed was another medical professional.

“Just doing your Bounty pack for you. Won’t take much longer,” she smiled.

And then it clicked.

Months before, during a ‘what should I expect?’ office chat with Alison Perry – better known now as she of Not Another Mummy Blog – I had been warned about this. Alison had warned me that sales reps prey on exhausted and confused new mums, hovering around their beds, ready to swoop before you know what’s happening. And then it came…

“Let’s just get a quick picture – a beautiful photo you can keep forever. A phone camera just couldn’t do this gorgeous little babe justice. Shall we rest him on your chest?”

I hadn’t yet mastered holding ‘this little babe’, let alone feeding or anything else essential like that.

I was sweaty, my eyes were sunken, I looked worse than I had ever looked in my. I was happy but, er, no, I did not want somebody taking a photo of me.

Bounty reps are paid to gather personal information from new mums. Bounty (UK) Ltd pays cash-strapped NHS Trusts millions of pounds for access to the wards, and collects £90,000 a year from HMRC to distribute Child Benefit forms to bewildered mums at one of the most vulnerable times of their life.

They also convince women to pose for picture with their newborn, then charge them extortionate prices (£20 for two 5×7 photos which would cost about 20p on Snapfish) – for which they earn commission – to buy these photographs.

Luckily I clicked and sent Smiley Lady sharply on her way, but many women aren’t aware of what’s happening until it’s too late.

I recently discussed this on Radio 2’s Jeremy Vine show, with host Amol Rajan and the response to the feature was phenomenal. I was inundated with Tweets, emails and messages from friends, and listeners, relaying their own horror stories of being accosted, half-dressed and bewildered, by these merciless sales reps.

“I was lucid enough to refuse,” one friend wrote, “but the girl in the bed next to me, in tears and alone, was pounced on. The Bounty lady took her photos, then told her the cost. This poor girl said she couldn’t afford them, at which point the rep pulled out a form and offered a three part payment plan. She was demanding this girl’s card details within seconds.”

I did also receive two messages from people saying they were glad the Bounty reps had visited. That they were happy they had a photo, and that the women were kind (they’re always women). That’s great, and I’m pleased that some of their employees show more compassion, humanity, than others, but I still don’t believe a maternity ward is the place for a business to be flogging their wares.

Bounty says it “fully supports and acknowledges the need to respect the privacy and dignity of families on the maternity ward”, but maternity wards are supposed to be a safe haven. They should be secure for women to recover from the physical trauma of childbirth and bond with the brand new human they have pushed out of their vagina (or had hauled out of their belly, in many cases). They should be allowed to recover in peace, protected from the outside world for those few precious hours.

Which brings me to my next point; Coronavirus.

In a climate where self-isolation and imposed quarantines are a very realistic possibility, how on earth can anyone justify the right of a stranger roaming hospital wards having intimate contact with newborn babies and vulnerable mothers? Hand sanitiser on the doorway just doesn’t cut it. Nobody but medical staff and close family should be touching newborns – or mothers fraught with exhaustion and suffering weakened immune systems.

Today I contacted Bounty to pose this question, but I was told categorically that nobody would speak to me when I called their Head Office number, and an email to their press office went unanswered, so I can only assume they don’t see Coronavirus as an issue.

You can read the BBC article about Bounty photography here