Speakers’ Corner: Why Brides Should Give Wedding Speeches 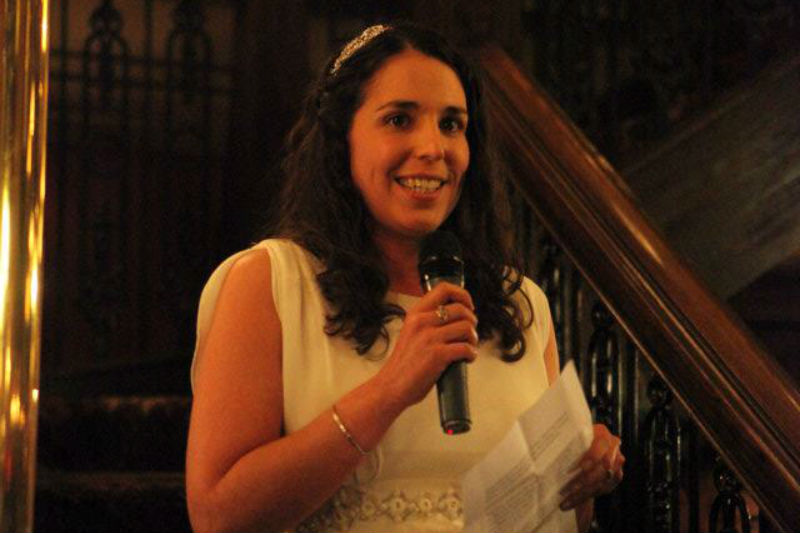 The wedding of the year (sorry Eugenie) has piqued my interest again with the news that Meghan Markle is expected to break with tradition and give a bridal speech.

It is, of course, the 21st century, even in the House of Windsor, and women can speak. On a stage. With a microphone. They can be witty, and warm and (brace yourselves) funny.

As a woman who gave a speech at her wedding (bloody fantastic it was too) it is slightly galling to think that perhaps only 24 of my 150 guests actually agreed with the whole concept of me being able to express my joy verbally that day.

Of course, wedding days are hugely traditional affairs littered with relics from the patriarchy. The bride dresses up in the prettiest and least practical outfit she has ever worn, and is given away by her father, who in most cases has not been financially supporting or physically protecting her from cads for at least a decade. She is handed straight over to her new owner/fiance who takes immediate possession and stakes his claim with a band of gold displaying to all that SHE IS MINE. (Random True Blood reference there, apols). These are traditions which I chose to embrace on my wedding day because:

a) I love my dad and he was looking forward to escorting me down the aisle.

b) I love jewellery and never miss the chance to wear more of it.

c) I love my husband and I made him wear a band of gold too. What can I say? We’re both possessive.

But I’m sure as hell not going to let the menfolk do all the talking. The purpose of the speeches is to thank the guests, to thank the families, to welcome new members to those clans, to say how stunning the bridesmaids look (not to mention how exquisitely pissed they got the bride on the hen party) to tell a few jokes and to toast the happy couple. Doesn’t sound too hard. So why is it that all the speeches are supposed to be given by the blokes? The groom, the best man, the father of the bride all get a turn, while the women giggle coquettishly and peep over their ostrich feather fans.

I am not known for being a quiet person. I also work in broadcasting; talking is part of my job. So why would I want to be silent on my wedding day? I get that it’s not for everyone – lots of people get nervous about speaking to a roomful of people – not to mention the nerves of shackling yourself to another human for the rest of your earthly life. But why on earth would 84% of people think it’s not cool for a bride to give a speech on her own wedding day? How could anyone possibly object?

I would encourage any woman who is getting married to at least consider giving a speech. It doesn’t have to be long (everyone hates long speeches anyway), it doesn’t have to include a powerpoint presentation, or be a stand-up routine worthy of the Hammersmith Apollo. It just has to be you, having a voice on one of the most important days of your life. Sure, your dad and your husband are fantastic blokes, but they don’t know how to express how you feel on this day. Only you can do that.

I felt proud, and empowered and involved by giving a speech on my wedding day. I hope Meghan feels the same. I hope you do too.

And I bet, by the end of your speech that the 84% of naysayers realise that traditions aren’t there to bind us up or to silence us, but that they can change and be turned into something new and that the world wouldn’t fall apart just because someone broke with tradition. Because that’s called progress.

Make a speech, express yourself, take another chunk out of the patriarchy – and wear a pretty dress while you do it.

Like this? Give it a share and spread the MOLO love! You can read Alison’s last blog Happy Birth Day and for the latest brilliant blogs from our writers, pop over to The Motherload® homepage