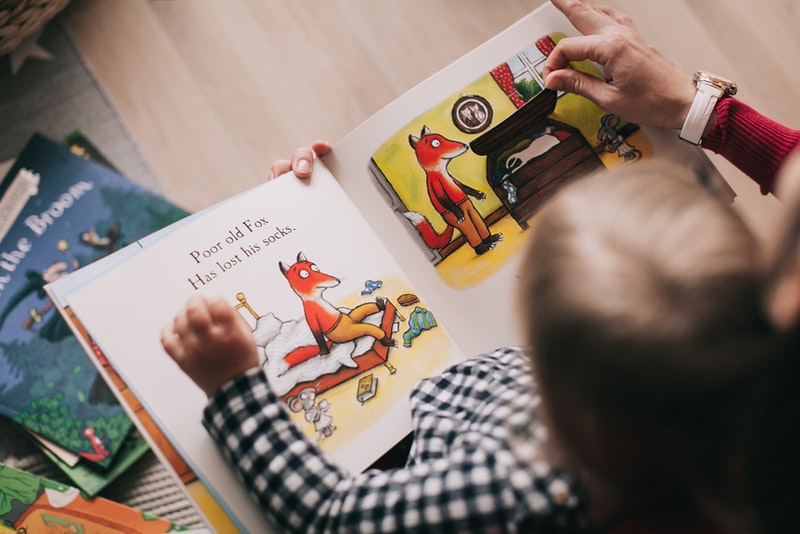 On the walk home from the school run on World Book Day, I felt a deep sense of relief. Despite having had to make a few stops on the way to shove stuffing back into my son’s Supertato costume, both children had entered their classrooms with their costumes intact, held together with generous quantities of fabric glue and an ambitious spirit.

Now in pre-school, this is the first year they have had the opportunity to dress up for World Book Day, and I have definitely learned some lessons. In the future I will take a more dictatorial approach, telling them who they will be, rather than fielding increasingly outlandish requests for elaborate costumes which must be rendered with precise accuracy. Because it turns out that World Book Day can be expensive! And time consuming!

And, shocker, it turns out that World Book Day is another great opportunity for people to be judgemental.

I’ve lost track of the number of times I’ve seen people take great pains to point out that superheroes and Disney princesses don’t qualify as characters from books. Pre-children, I might have agreed with them, but not anymore.

Here follow the reasons that I think they are wrong:

1. They are characters from books!

Most superheroes have come from comic books, which may not be highbrow reading but are a great way to engage reluctant readers. Many of the Disney princesses come from books: Rapunzel, The Snow Queen and The Little Mermaid have given us Tangled, Frozen and…The Little Mermaid. Is it really a problem if a child chooses to wear the outfit she associates with her understanding of a character, rather than a more generic version?

2. Some children don’t like to read, and some parents don’t know how to encourage reading.

Special educational needs can make reading challenging, and in some cases even alienating. The most popular children’s films have spin-off books. The children don’t know which came first, and if familiar characters and imagery get them past the barriers that prevent them from enjoying books, then great! They’re reading!

3. Costumes are expensive and can be wasteful.

If you already own a Batman costume, and your child is happy to wear it, why spend the extra money on something new for a single day? Surely, as parents, we are all just trying to find the best solution to suit our families.

4. Books, films and television have long been forms of media that are intertwined.

As adults, we often read books after having watched the film version, or eagerly anticipate a TV series to see how it adapted a favourite book. No one takes issue with a child showing up as Zog or the Highway Rat, even if that child’s only knowledge of those characters is from watching a BBC adaptation on Christmas Day. I’d wager that there’s an element of snobbery involved when we’re happy to accept those costumes as being acceptable for World Book Day, rather than ones associated with Disney or Marvel. I saw quite a few adorable Peter Rabbits today who almost certainly took their inspiration from CBeebies rather than Beatrix Potter’s rather more tame character, but no one tuts with dismay at a rabbit onesie with a pastel blue coat.

Here’s what it all comes down to: World Book Day is about encouraging an enthusiastic love of books. As a secondary school English teacher, who has taught hundreds of children who would rather stick pins under their fingernails than read a book, I am of the opinion that if the book is appropriate for the child and they are enjoying it, then it is fine. And if their preferred character is a princess or a superhero, and wearing that costume allows them to participate happily in the day, then that’s fantastic. None of us are in a position to judge what brings a small child a bit of joy.