Surviving Your First Holiday Abroad With A Toddler 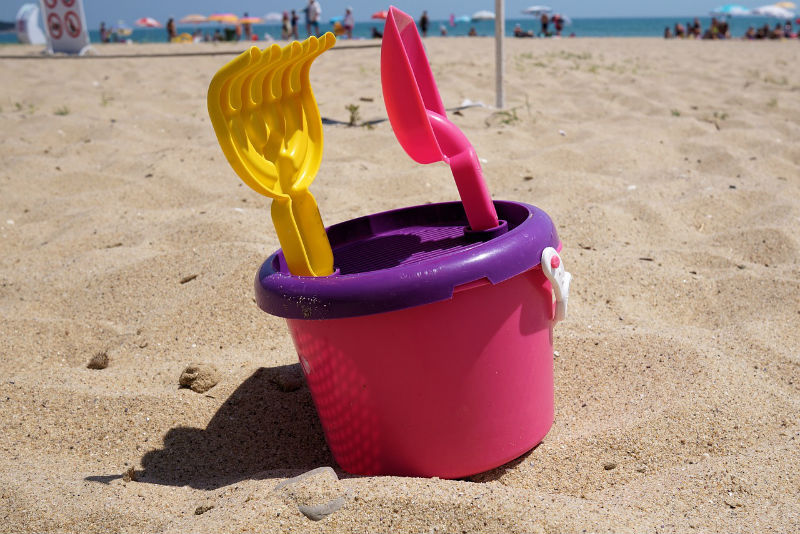 As tempting as it is to go out and buy lots of pretty ‘holiday clothes’, if you’re going somewhere hot then chances are most of them will never surface from the suitcase.

My daughter’s standard outfit most days was a nappy and a slathering of factor 50. She loved the sense of freedom and I loved the break from the daily battles about what clothes to wear and how to get them on a writhing, angry toddler. Same applies for shoes. You may not get to go out and eat tapas and drink sangria until the early hours anymore but you do not have to put shoes on a toddler every morning. I repeat – YOU DO NOT HAVE TO PUT THEIR SHOES ON. No-one tells you about this joy. Who says holidays are no longer relaxing?!

Lesson 2: Accept that mealtimes will be tricky

Forget about vitamins and a balanced diet. Because your toddler sure as hell will. Loves bread and cheese at home? Not in France (which is unfortunate really when it’s so bloody good). Usually a fruit monster? Not anymore, you may as well have placed a steaming mound of cat poo on her tray.

“No like it today” became a familiar refrain when presented with anything other than chicken nuggets and chips. I know what you’re thinking Jamie Oliver, but when you’re hot and bothered and in danger of meltdowns all round (literal and metaphorical), sometimes a piece of breaded meat is the only thing that’s going to cut it. I’m still baffled as to how a two-year-old who won’t eat something as brightly-coloured and sweet as a strawberry knows that she wants to eat this bland, beige food. As for the ice creams.. who knew a toddler could devour a mini Magnum in under six bites?! Can’t think where she’s picked up that habit from…

We knew this wasn’t going to be the relaxing holiday we once had pre-child, but we’d still get a moment to ourselves for reading and snoozing by the pool while she napped right?

Her daytime nap schedule, which usually involves a 90 minute slumber somewhere around the middle of the day, became as unpredictable as Northern Rail’s trains.

I blame the air conditioning – a quick trip in the car at 9am became the perfect opportunity for a snooze, writing off all hope of a midday break. Likewise, the journey home from days out also seemed to be the ideal time to doze, thereby meaning she’d had so much sleep before she went to bed that she woke up bright and breezy at 4am every day. AAAAGH.

Lesson 4: All toddlers should learn a language from day one

Because there is literally nothing cuter than hearing your bubba say their first words in a foreign tongue. Yes, we had to repeat “Bonjour mummy, bonjour daddy” at her parrot fashion at least 50 times a day to get it to happen, but she’s still doing it now and it melts my heart.

A great party trick for impressing the grandparents when you return home too. Should keep her in ice creams for a while longer..

Lesson 5: Everything is an adventure

This is the biggie. Because, despite everything mentioned above, I wouldn’t have changed it for the world. Paddling in the crystal clear waters under the Pont du Gard, watching the mountain scenery whizz by from the window of a steam train, seeing Olive playing and laughing with her little Dutch friend without any language barrier whatsoever, and building sandcastles on the beach are precious memories that we will have forever.

There’s nothing like seeing new places through the eyes of a toddler to make you appreciate them even more.

Having said that, I’m sure if you asked Olive what she enjoyed the most it would probably include playing with the air conditioning vents in the airport departure lounge and watching the horse in the field next to our gite do a big poo. It’s the simple things…

Sarah Matthews is a freelance writer and mum to two-year-old Olive. When not writing or parenting she enjoys wine and sleep mostly, as well as occasionally reliving her youth at Clubbercise classes and stretching out her achey limbs at yoga. And she definitely needs to get better at writing biographies that don’t make her sound like an old woman.. www.sarah-matthews.com