Swimming Saved Me – What Will Save You? 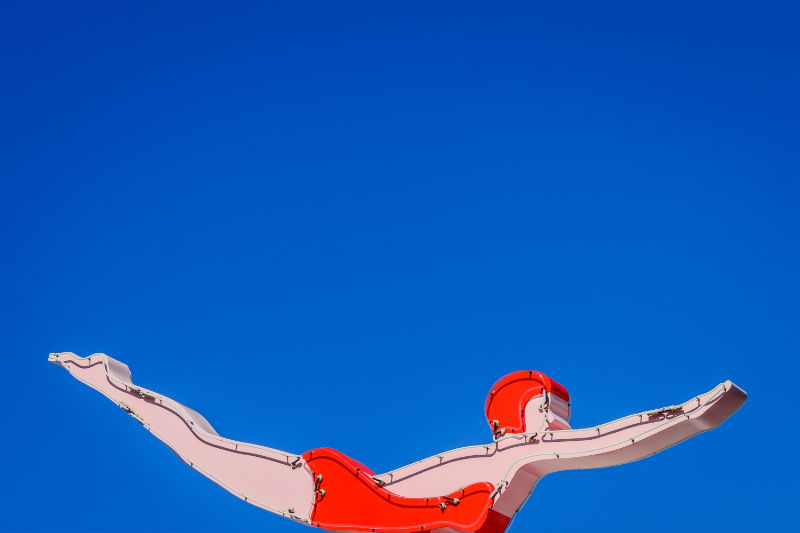 About five years ago my other half had what i thought was a bit of a mid-life crisis. A good one. Fast approaching 50, he decided to get fit. Watching him go from a midnight-snacking couch potato to a seriously fit amateur Triathlete was painful. He felt better, he looked better and he behaved better. He had found his tribe in a weekly boot-camp – he was energised, shit, he was HAPPY.

He was also not in the house as much. He already worked a lot. Now, when he wasn’t working he was training. I found myself feeling resentful and upset, convinced he was going to run off with one of the 28 year olds from bootcamp.

Since having my kids I had somewhat lost my mojo.

I didn’t really exercise, I went to work and I came home. My life had become very small and frankly a bit depressing. I had suffered badly with PND after both my pregnancies and wound up in a psychiatric hospital in 2010 for a month. I soon realised that this new happier him must be down to his new-found love of exercise and getting out of the house – I decided I wanted some of that too. “I’m going to do a triathlon! “ I announced out of the blue one day. “Great! “says he. “Fuck”, says me. I should quantify this. Triathlon is a sport in three parts; swimming (usually in open water), cycling and running. I’ve had a hip replacement and at the time of signing up could not swim front crawl or a length of a pool. I had not really exercised for several years. This would not be easy. But I am nothing if not stubborn.

I had affordable swimming lessons at the local pool, trained hard in the other disciplines and did it. I didn’t complete it very quickly, but I DID complete it. I had a full on panic attack in the lake and nearly gave up, but made the inspired mistake of doing it for charity and so I knew, while swallowing swamp water and crying, hanging off a safety person’s kayak that I had to carry on. So I did. The feeling of complete and utter euphoria I got, dragging myself up the home straight with my family and friends shouting me on and my young son running along side me was unbelievable.

I will never forget it. I was hooked.

Running and cycling were not my thing, but strangely, despite having to learn to swim to do it – swimming was the thing I had enjoyed. Not just swimming in a pool either, but outside and in cold water. It was scary – but in a good way. Last year I completed another, longer, triathlon in a relay team and smashed the swim time, I also completed the Swim Serpentine event in London. The training for the first one was difficult, finding the extra time, not feeling guilty – my other half and I had a fair few arguments about who was training when. But last year was much easier. We have found our groove. My kids are 11 and eight, so if I head out to the pool really early, it works well. It helps that my OH is mega supportive and we even train together sometimes. He sees the benefits of my swimming, for my mental health and that of our family. 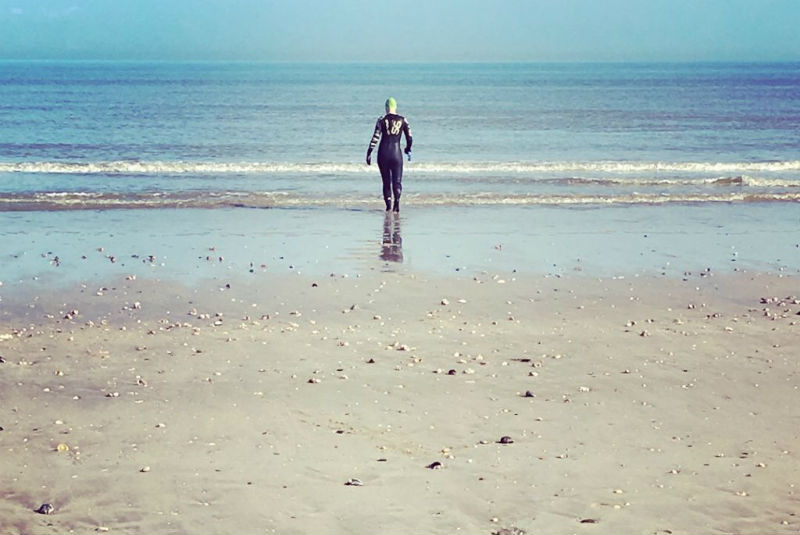 Swimming has become incredibly important to me. I delight in the solitude of being in the water. I love the silence; it’s meditative. No thoughts of dinner, work, laundry to be done or supermarket runs to be made – it’s just me and my breathing. And then afterwards, in the shower and in the sauna I’m Karen again, not Daisy and Stan’s mum, but Karen – a whole person in her own right.

I’m a swimmer. I am a thing other than a mother. That has been profound and powerful to me.

I love the connections that outdoor swimming gives me. When I am there I am connected to myself, with my body – something I definitely lost when I became a mother. I’m connected to the outside, I’m not in my car, I’m not looking at my phone. Swimming through the winter, this year, outside, I have had to learn to listen to my body and learn its signals in a way I have never explored before. When I swim a few lengths in water sub 5 degrees in temperature I feel alive in a way I just don’t anywhere else. I have reconnected with an old friend, an accomplished swimmer herself. She too has a young family and we have discussed what it means to us to have this independence, this thing that is ours. This July we will both attempt to swim the length of Coniston water in the Lake District, it’s 8 kilometers. I’m already eyeing up Windermere (15 km) for next year’s challenge.

I’m lucky, I have a supportive partner and am able to make the time to swim for two hours at a time, I know we can’t all do that. But I’ve talked to other MOLOs while writing this piece, Geraldine Cooper sings in a choir, Ray Smart writes poetry and Marianne Marshall pole dances (honest!). All of them have shared with me the same feeling of joy they get for doing ‘their’ thing.

So MOLOs, I urge you, find your ‘thing’ – whatever it is – you won’t regret it. Swimming saved me. What’s going to save you?