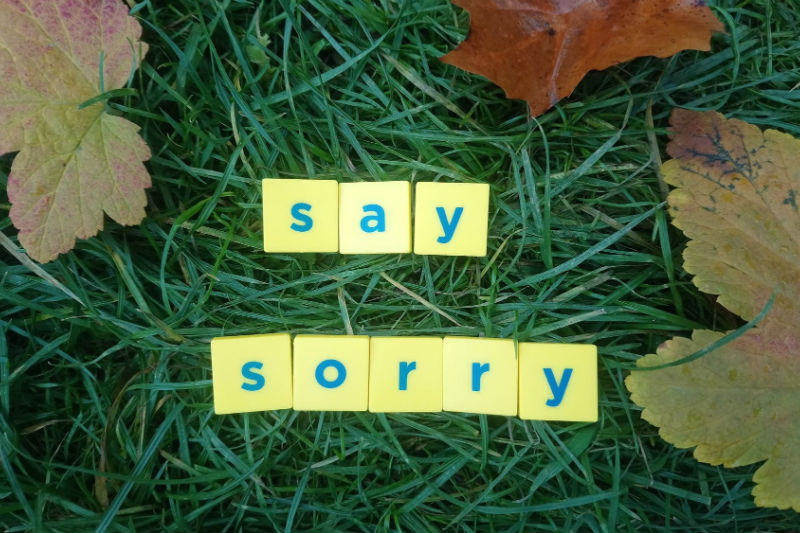 I’ve always been obsessed with words. As a child, I was reading fluently by the age of three and largely self-taught. By age ten I was breezing through six-plus novels a week, and continued to binge-read ferociously into my late twenties. I had no idea this was unusual until my son bet me I’d never manage Roald Dahl’s Matilda in a week and I nailed it in an hour. That’s not normal, mum, he said, so I asked around. The kid had a point.

In childhood, it was routine to make new words when my existing vocabulary fell short. Swearing gave me absolute pleasure, too. Still does now. Nothing beats hissing: oh, in a hurry are we, cock-nosed jism-face? when some bloke sidles up and overtakes belligerently in the filter lane. I’ve always plumped for anatomically correct words, too, which still manages to make the odd adult so embarrassed they can’t even make eye contact. A favourite game as a teenager was to slip vulva, orgasm, menstruation and heavy grey discharge all into one conversation at family dinner parties and watch as my mother turned paler than her mushroom stroganoff, fervently topping our guest’s wine glasses up in the hope alcohol may soften the shock of me.

When my childhood home was up for sale, I found England’s Glory match boxes stashed under the floorboards with notelets hidden inside. Swirly script on soap-scented paper: ‘fire’ ‘soil’ ‘ligature’ ‘listen’ ‘curiously.’ My best words. My sister and I had a secret language, too – a way of understanding one another without ever being understood. Now, a mother of two boys, I know how crucial age-appropriate language is but I’m concerned that little voices are too heavily governed by adults.

Social etiquette demands children ‘speak nicely’, ‘nice’ being a contradictory word with very little meaning to it. We want our children to say ‘nice’ things at the right time, for their words not to rock the status quo. Undeniably, words hurt if used with abandon but for children, language acquisition and how to use those new words are two very separate developmental stages with a good few years sandwiched between them. Consider the three-year old accepting a biscuit without verbal thanks. His gratitude is right there in the rub of his pudgy hands, the anticipation before he takes that first sugared bite. Consider the four year old screaming ‘meanie’ to his mum at the park, a boy distraught at not getting his turn on the swings after waiting an age. Rude words are his safety net. Consider me queuing for a bottle of Malbec in Waitrose and that little CLOSED sign being propped up just before my sale. Would I clamber over the conveyor belt to boot the LCD screen or belt out a few choice words?

These days, parents enforce linguistic militancy on their children under the guise of ‘manners.’ Manners must be heard. This social façade prevents children from alternative modes of self-expression, rather, it closes down the instinct for compassion. The gentle touch of regret, an offer to play a new game, the lustre of appreciative eyes aren’t sufficient. Society wants children to regurgitate words on request. Children must say please and thank you and sorry by rote regardless of whether they feel it or not. A test many children fail, a test adults routinely measure children by. Conformity of the highest order. How often is the child who says sorry (under duress) perceived to be more compassionate than the child who won’t say sorry because they’re still hurting?

This disrespect for autonomy was alien when I crashed onto the hypocritical stage of parenting. Magic words being uttered within earshot of other parents for the sole purpose of social approval. On buses, at parties, kids everywhere being asked by adults in irritable tones: ‘Yes, WHAT?’ for the child to mimic back parrot style: ‘Yes, PLEASE!’ It’s not even a polite way to parent. It’s less about courtesy and more about a child getting their parent’s coding right. Are children who automatically say thank you more civil than their peers? Show me the stats.

Recently, my eight-year old asked if he could use ‘Oh my god’ when another parent claimed it was a swear word. Go for your life, I said. I’m an atheist but my son attends a C of E school so blasphemous context was explained. Use with discretion was explained. The adult chastising him was explained. And I don’t mind telling you how my heart swells when I hear him shout: Oh – My – God! with great big pauses in-between-each-word when he’s flying down a steep hill on his push bike.

Children are spikes of hot fiery energy. They rarely stop moving or talking and listening comes last. At pre-school, it’s the language of sound where superheroes kapow and speeding cars leave skid marks around the house.

Then comes the language of pain in middle-age where articulation baffles. Political. It’s all about: I’m hurting so I’ll hurt you with kills, shoots and hunts where exclusion and inclusion are always at the tip of the tongue. A hard stage for parents to hear. Language gets assigned for winners or losers and we try to censor that. Parents want to curb negative language in that quest for ‘nice’ kids because ultimately, what we want for our children is acceptance. We forget language is the safest way to articulate fears, that our still-small inside that burgeoning body is unable to express emotion maturely yet.

I want my kids to invent words that explain – bang on – how they’re feeling when dictionaries fail. Create secret languages in dens. Say the unexpected. Call people out when they feel socially gagged. I want them to thank by action rather than spitting out knee-jerk idioms at my insistence. The language of hurt and forbidden words are theirs to explore. With guidance. I won’t censor them. Words are one of the last rights.