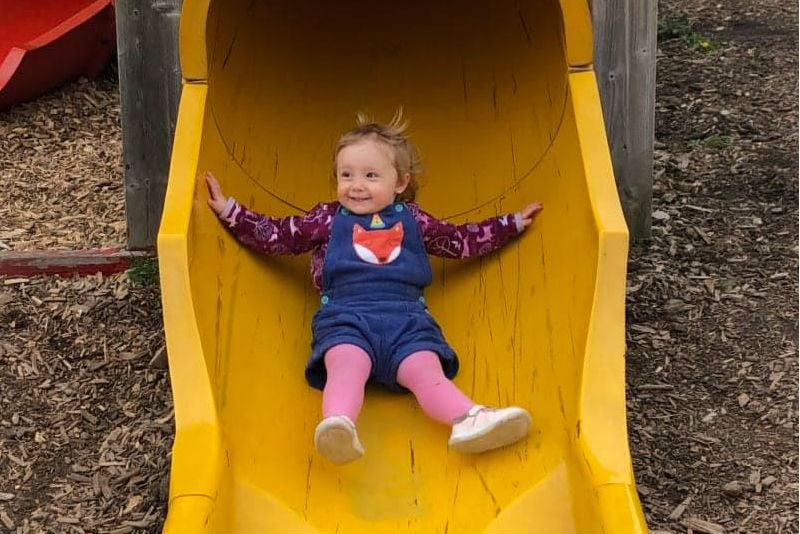 Disclaimer: I have nothing against the colour pink.

It’s a perfectly lovely colour and if my daughter chooses to wear pink or wants a pink room when she’s older, that’s totally fine. I do, however, have a problem with the stereotype that pink and sparkles are for girls and blue is for boys.

So MOLOs, here’s my current parenting dilemma. We’ve been pretty careful about avoiding any sort of gender stereotyping with our 22-month-old daughter. Her clothes are varied and mostly gender neutral. She plays with dolls, tea sets, cars and building blocks. We’ve tried to make sure she doesn’t see any physical limitations in her gender so we really encourage her to run, climb, get dirty and kick a ball around. At the moment the only things she watches on TV are Bing and Hey Duggee, neither of which seem to overly enforce gender stereotypes.

But despite all that, she loves the colour pink, wearing tights and pretty dresses, has recently wanted to put things in her hair and refused to eat her yoghurt today unless she could eat it with her purple (basically a shade of pink) spoon.

Perhaps she’s just asserting herself and this is the way she’s doing it.

And of course, I love that she’s already showing independence and wanting to make her own choices. Perhaps it is a case of nature over nurture and she’s just going to be a girly girl. If it’s the latter I definitely need to up my game – I was the least girly girl ever growing up!

What worries me is that she might start saying, ‘this is for girls’ or ‘that’s for boys’ and the older she gets that her expectations for what might be possible for her will be influenced by that. I know we can correct her when she says things like that, and she’ll always be taught by us that she can do anything she likes, but countering the messaging she receives from the outside world isn’t going to be easy.

Here’s the real kicker and something I’d rather not admit; I really just wish she’d stop liking pink quite as much.