The Emergency Services: Heroes, or Humans? 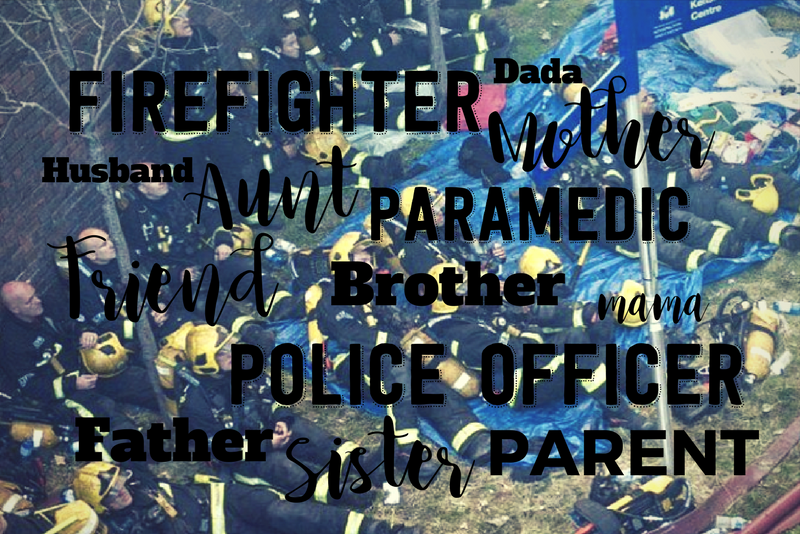 “This is an completely unprecedented fire. In my twenty-nine years in London Fire Brigade I have never seen a fire of this nature, and I have seen many high rise fires.” London Fire Commissioner, Dany Cotton.

The Grenfell Tower fire last night shocked us all. We recoiled from the possibility that this could happen in these modern times; we asked each other how could it happen? But that’s a question we’ve been asking a lot recently. The Grenfell Tower inferno, the Manchester Arena suicide bomb and the terrorist at Borough Market and London Bridge; in such a short time, the UK’s emergency services have been under immense pressure.

For us, the reality of these incidents is that we watch them through horrified fingers, with that urge to Do Something; but then the shock settles, the news reports lessen and we get on with our lives, not forgetting, but getting on with life. We discuss between ourselves how horrendous these events are, how terrifying this world is that we are bringing our children up in, and how, as parents, we fear for their safety.

What if your life is about confronting the horrors of our society ? What if, when we are all fleeing from the fire, or the terror attack, you run to it, to fight and protect the rest of us?

For thousands of emergency services personnel, this is their ‘everyday’. Being prepared for a major incident, and trained in terrorism, or extremely threatening incidents, is part and parcel of the job. We have over 220,000 men and women working within the emergency services across the UK currently, a decrease of at least 30,000 since the Conservative government took power.  As we flee and seek safety, solace and comfort, they muster adrenaline, bravery and courage; often putting themselves between us and the source of danger. We demand that of them, with little thought to whether they too have families, young children – they are the police officer, the paramedic, the firefighter; not the mother, the father, the son, the daughter, the uncle, the aunt.

Last night, 200 fire fighters attended the scene in 40 fire engines, to tackle the blaze as it spread through an unprecedented 27 floors, taking 12 lives (this figure later rose to 58), and injuring many more critically. Parents trapped in the inferno faced the reality of dropping their children from windows, trusting that passersby would catch their precious babies; and they would be safe. But while we pass that story between ourselves on social media and in the press, do we begin to think about the firefighter who kissed their child goodnight, and as many victims escaped from open windows and fire escapes, donned their uniform and prepared to face one of our ultimate fears; fire. Do we stop and think about what might go through a firefighter’s mind, or a police officer facing a knife-wielding madman, or a paramedic first on scene to treat the victims of a bombing, not quite knowing if the scene is safe and free from threat as yet?

The truth is, we don’t. We label them heroes, but still under the banner of their job. Is it too much for us to give kudos to our police force, to our firefighters, or ambulance services and humanise them? Death may not be the immediate threat in these situations, mainly due to the incredibly high level of training that our emergency services rigorously go through, but many are deeply affected by situations that are deemed ‘ordinary’ in their role. They see things that we can’t even imagine; often involving children. When I became a parent I struggled to watch dramas, movies or even the news items where a child was the victim of a situation; imagine that in real life, amplified by your maternal instinct to protect and nurture, but ultimately responding as a professional with the appropriate detachment that your training instills in you.

A recent study, published in the journal Circulation and funded by the British Heart Foundation, showed that even in their training, firefighters are at higher risk of heart attacks and 66% more likely to develop potentially more harmful clots. From training to the frontline, the exposure to high temperatures is threatening towards their health; how many of them have children, and families, but continue to risk their own health and lives for the rest of us?

Before writing this article, I spoke to a number of our members who are either married to emergency service personnel, or who are police officers, ambulance crew, or fire fighters. Collectively they loved their job, and they were proud to wear the uniform, and protect and serve the public. Rarely did they feel supported by our government, and in some cases, by the public they served. But the recurrent theme through many accounts was that this was their role; they did their job even in the face of adversity and they were trained for the situations that we fear. I spoke to Anna, who spoke of the adrenaline that kicks in when responding to a job, blocking out the fear or doubt that came after the ‘red mist had descended, and the brutal truth of what we’d just been through set in’. With a heightened threat of terror in the UK, ‘Louise’ told me that she was often concerned about her colleagues before they went out on a job. She also went onto to say that “getting home in one piece is a little closer to the front of my mind these days.” Jo spoke of how proud she was of her firefighter husband, “I love that he’s chosen a job that he’s in because he wants to help people in bad situations. I trust him to always make the right choice in someone else’s safety and to keep his crew safe – however I do know if it came down to it he wouldn’t think twice about risking his own life to help someone else.” There are only a few of us who can truly understand that commitment to ‘the job.’

In the midst of the horror and terror that the UK has recently felt, we’ve asked ourselves numerous times how we talk to our children about the images we see on the news, and the talk between the adults. We tell our kids to ‘look for the helpers’, and usually mean the members of the public who stop to offer help, or those who post on social media that they can provide shelter for victims or those caught up in an incident. But perhaps we should also tell our children to look for the uniforms, for those who are risking their lives every day to protect us, and who will put themselves between us and the danger to save lives. For it is they who are the real helpers; the mothers, the fathers, the sons and daughters, the wives and husbands; the emergency services.

Our thoughts are with those who have lost loved ones, and who have lost their homes. You can help by donating to one of these appeals, which have been verified as genuine by Buzzfeed. You can also donate to the Fire Fighters Charity, which supports firefighters who are in need.