The Fear Of The Favourite 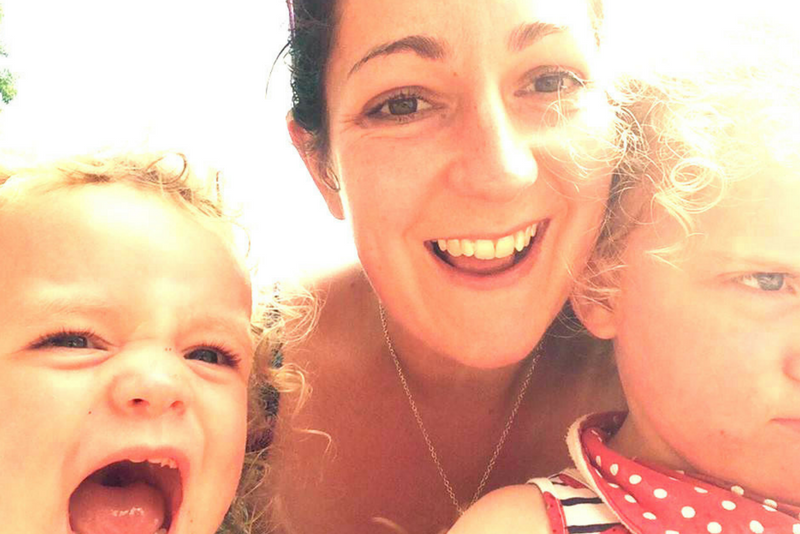 A few months back I started to get really worried. My daughters were just 2 and just 3, and the eldest suddenly began a reign of terror like only 3 year olds can…

Of course, I had no idea how long this period of tyranny would last, being new to it all, and I began to think this was just her little personality coming out. Like, permanently. No one had really warned me about the “threenager” stage. In my naivety I was led to believe it was “terrible twos” and then you’re out the woods. HA! Fat chance. Obviously I know this now.

I thought that maybe this irrational, emotional, tantrumming monster was just the person my daughter was now.  Perhaps that was just the way it was. I was worried. But worse than that, I began really stressing about how I viewed her compared to my youngest daughter. Just as D was turning into a complete monster, R seemed to simultaneously become an angel. It was so…unfortunate! R was like a dream. Just learning to speak. “please this, mummy, thank you that” “yum yum, mummy…mmmm” at meal times, “ooooooh fun! I love this!” on days out. D was the exact opposite. It was HARD to deal with. It went on for weeks.

It suddenly dawned on me… “That’s it. I have a FAVOURITE” and that makes me a flipping awful mother.

I totally loved them both, no question, it’s just R was so much more PLEASANT to be around. How could I feel that way about my daughters? The more this went on, the more I worried and freaked out. “She can sense it!” I would think. “It’s ME! It’s MY FAULT! If I didn’t prefer being around her sister she probably wouldn’t be like this!”. I tied myself up in knots about it.

My husband and I would often go for the old “divide and rule” approach at weekends, because D’s behaviour was so horrendous and tricky, and trying to get them both to do one thing was hard. We’d have to work out which kid would go with which parent for a certain expedition and I’d secretly think “god, I hope I get R today” and then scorn myself. How could I even THINK that?

I myself have a brother and my parents have ALWAYS drummed it into us how equally they loved us. Never for a moment did I doubt it. Until now. Suddenly I began to wonder if it was all a ruse! Well of course they’d SAY that wouldn’t they? That’s what I say about my kids. But that’s not how I feel. Perhaps that’s not how they felt too! They probably secretly prefer my brother. OH. MY. GOD. I’ve been living a lie!

So YEAH, as you can see it all played on my mind a bit.

We carried on like this for a while, and I genuinely began to believe that this was just the way it was from then on. Me pretending I didn’t have a favourite, but secretly preferring the company of R, whilst mentally beating myself up. I’d often have little cries about this. The guilt was horrendous. It felt awful.

After a while, things gradually started to change. D’s tantrums became slightly less frequent. She became a bit more huggy, she’d asked me for kisses, she laughed more, she became fun again! Sure she still had tantrums, but I began to enjoy her company again. I was so happy. And R? Well, she too began her tantrums. She was furious that we’d cut her sandwiches wrong and that we only had Weetabix not cheerios (or something). Things started levelling out. I was no longer so keen to bagsy R on the “divide and rule” days. She was now as risky as her sister! It felt weird to feel so pleased about R’s latest dabble into the role of terrible toddler.

Sometimes we get on and other times we don’t. It doesn’t make our love for them any less. It’s okay to enjoy the company of one kid more than the other. If it’s anything like my experience it won’t last. It’s just that having more than one kid magnifies the comparisons we feel about them, and that can create a situation where we really give ourselves a hard time. Let’s face it, as parents we are pretty bloody good at that, aren’t we?!

Sally Bunkham is the founder of mumsback.com which sells new mum gifts.

Pin it & Save for Later! 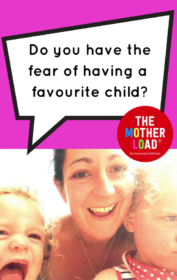 Sally Bunkham is the founder of mumsback.com, who provide luxury gift hampers for new mums focussing on the yummy stuff they've been denied in pregnancy. Mum's Back also raise awareness of perinatal mental health issues, and £1 from every hamper goes to PANDAS Foundation.