The Lessons We Learn From The WAGs at War 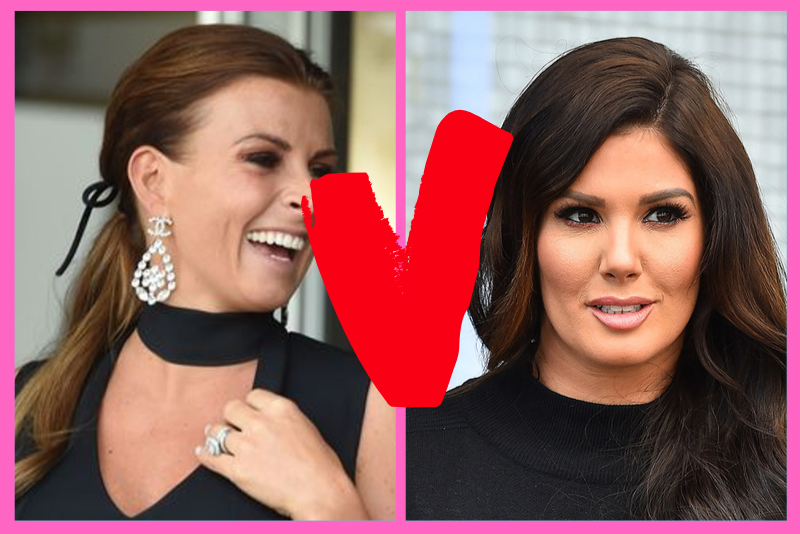 It started with an Instagram post on the 9 October, amongst the headlines about the ongoing Brexit fiasco. Coleen Rooney, wife of England football player Wayne Rooney, began her day with this statement on her public Instagram account:

Talk about dropping a bomb. No vague suspicion for Coleen, but rather an out and out pointed finger. Twitter went into overdrive with memes popping up almost instantly and #WagathaChristie started trending as the nation’s thumbs went bonkers on WhatsApp, texting “OMG have you seen Coleen & Becky Vardy ding dong?”

We sure had, hun. The newspapers went into overdrive, and we lapped up, for a glorious, gossipy few hours a victorious Coleen who had turned private detective to unveil her leaky friend. ‘What a cow!’ we text to each other. ‘Who would do that? Total rat!’ to another, ‘I always knew Rebekah Vardy was a snake, you can just tell’. With more gusto than a fall out in our own friendship groups, we split into two camps, #TeamColeen, and #TeamRebekah as the story grew traction, more vague ‘sources’ crawled out of the woodwork and we awaited Rebekah’s retort with baited breath while the tabloids reported she was jumping on a plane (she was in Dubai on holiday) to instruct a legal team, including a forensic online persony thing that no-one knew up until this point you could actually hire.

But as Rebekah’s silence grew, so did the trolls, and after what seemed an eternity, she released a statement. Her instagram instantly became a seething snake pit of vitriol and attacks, with people, many women, writing comments like ‘I hope you die’ and worse, ‘I hope your baby dies’.

“I’m being hounded by trolls” Rebekah announced to the press, in despair. She refuted Coleen’s account of what had happened. It didn’t matter, by then, the public had played judge and jury and declared her guilty as hell. Gossip had turned to hate and the platforms that she could be contacted easily through had become carrier pigeons of vitriol. Tabloids reported how she had removed her children from school, so afraid of safety against a backdrop of death threats as a modern day witch hunt started to play out in front of our eyes. Over the next two days every chat, discussion and panel show would focus their discussions on the fallout, the betrayal of a friend and a woman scorned enough to play private detective on her instagram. From Loose Women to Radio 4’s Today Programme, every nuance was examined in forensic detail to match Becky’s legal team.

Like the witch hunts of the 1690s, the accused defence is disregarded easily and without much factual basis. Rebekah has now irrefutably denied any involvement and has assured all that will listen to her side of the story that she is not responsible for any leak, under any circumstance. Her spokespeople have confirmed that she wasn’t the only person to have access to her account, with advertising agencies and PR’s also having the password to her instagram in order to fulfil commercial relationships. Still, #TeamColeen remain insistent in their fury on behalf of their ‘sister’ in arms.

Let’s take it down a notch though for a second. Here we have two women, both married to footballers, and both with public personas to maintain. They both benefit from life in the public eye. We have Coleen in one corner, who’s husband regularly, it’s alleged, cheats on her with a variety of women while she appears to care for their home and children and carry out the dutiful wife role and is seemingly a bit of a pushover, if we are honest. In the other corner, we have Rebekah, a woman who appeared who has appeared on numerous panel chat-shows like Loose Women, and This Morning to share her opinion on just about any topic, and who also did a stint on ‘I’m a Celebrity, Get Me Out of Here’, until she was voted off in the third round by the public after she was accused in the papers of bullying a fellow camp-mate (which she firmly denied upon her exit).

This feud has taught us a lot about how society brands and pits women against each other. Do we automatically rush to the defence of Coleen because of the reported cheating, as we feel her heartbreak and her vulnerability in a marriage where her husband (allegedly) disrespects her and their vows, while she appears to put her all into their children and home(s)? Do we feel that in some way, this is her time to be victorious, or that her previous silence over Wayne’s indiscretions is confirmation of how resolute she must be that her facts are right here? Rebekah conversely is the heathen woman, with past behaviour dragged from the depths of newspaper cutting floors to ‘prove’ her guilt further. A woman who gave the (now defunct) News of The World the kiss and tell story about Peter Andre’s ‘chipolata penis’, after all. The tabloids are full of Rebekah’s hunger for fame, interviews with scorned ex-lovers detailing how she binned them off when a more successful – and richer – bloke entered the picture. And of course, getting stuck in the middle is Danielle Lloyd, that bastion of feminism, finally putting the boot in by declaring her #NotAGirlsGirl. Ouch.

To be even more reductive, is this really blonde v brunette, housewife v ambitious woman, meek and mild v strong and opinionated? Is the real background to this debacle (and our unbridled relishing of it) about how we, as a society, expect women to behave and the comeuppance of a woman who has perhaps been a little ore bolshy than her counterpart?

Gossip isn’t a new thing – in fact, it’s how a lot of us bond and create social relationships and construct order within our communities. Over on instagram, @Hollyjunesmith, a life and productivity coach explained in a detailed ‘deep dive’ about the historical relevance  of gossip. She discussed how the passing of information between us helps us to master our social conventions and decide who is friend and who is foe. But with the advent of social media, our scope for social interactions has widened to have much more impact than it would have previously and yet our boundaries, and inhibitions regarding people we barely know are lower than ever due to the intrusive visibility that the various platforms use to their benefit and we unwittingly exploit to ‘share’ our lives. It’s not going anywhere fast but perhaps, with the advent of social media, we have to consider our personal responsibility and love of ‘drama’ and the soap opera of other’s lives, and whether it’s ‘good gossip’ or ‘bad gossip’ that we are contributing to. In this case, we don’t know either party and yet have drawn lines, picked sides, based on the scant details that we have cherry picked from social media and the gutter press. The betrayal of friendship between women is something that evokes and stirs our own emotion like no other, and perhaps, is the centre of this dramatic storm, with Rebekah’s scalp being the ultimate vindicated ‘prize’ for many a hurt and jilted friend.

We really need to take a lesson from the escalation and feeding frenzy that this whole debacle has become and ask ourselves what this actually says about society and the impact of social media. Rebekah is heavily pregnant in all of this, a fact that has been shoved to the side by those ferociously defending Coleen (despite not knowing her, of course). There’s not many voices asking if Coleen should perhaps have waited just a bit longer and for heaven’s sake, did this need to be played out on social media for our consumption? For a woman normally pretty private about her own life and marriage, this seemed to be a calculated and bold move to ‘unburden’ herself in such dramatic fashion. There seems to be scant concern for Rebekah’s welfare; while we empathise with Coleen, as women and mothers we should surely be appalled at the treatment of Rebekah during a vulnerable time in her life.

Whatever the result of this feud will be, it doesn’t take a genius to realise that the real winners in it all are the fatcat owners of the tabloid press and media, for whom this debacle has provided sales and advertising revenue by the bucketload. Perhaps, when the furore has died down, we’ll finally have a chance to look at why our love for drama, and gossip, resulted in such an uncomfortable mess for all involved, and we can examine the true burden of trolling, and online bullying once and for all.