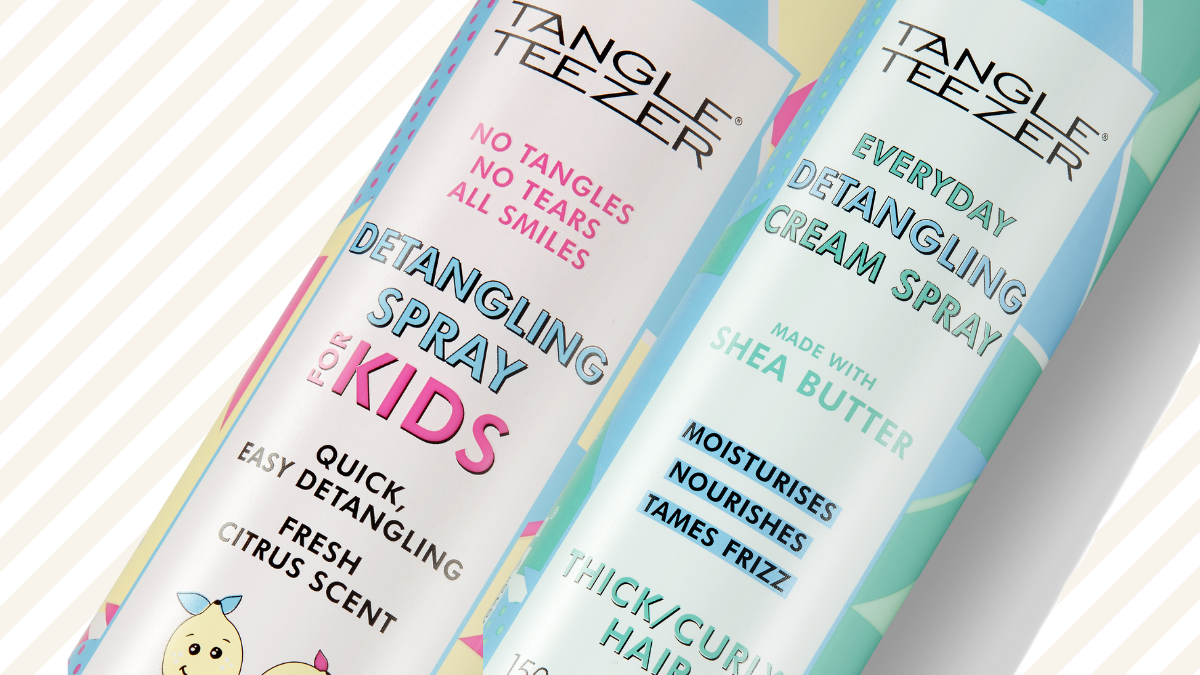 THIS REVIEW ARTICLE IS PART OF A PAID COLLABORATION BETWEEN TANGLE TEEZER AND THE MOTHERLOAD.

Let’s face it, hair brushing in the midst of school-run chaos is never going to end well, but with time pressures and midnight bed-wrigglers coming, literally, to a head at 8.30am just as you need to leave the house, the last thing we all need is a bird’s nest to contend with. Yank-a-hoy!

When Tangle Teezer asked the MOLO’s to review their new detangling sprays and The Wet Detangler brush, it was no surprise that we had an overwhelming response to join the review panel. Each reviewer was sent a spray appropriate for their children’s hair type (mostly the Kid’s Detangling Spray, and Liz and her kids reviewed the Everyday Detangling Cream Spray for Thick/ Curly hair) and The Wet Detangler hair brush. We gave them five days (five school runs!) to review the products before giving their final, and honest opinion. Let’s see what they thought!

Say Hi! to our brilliant panel of MOLO reviewers:

Seema was delighted to report that tears, moans and groans had stopped as a result of using the Detangling Spray for Kids and The Wet Detangler!

“We have been using the products for a few days now, and there have been no tears, moans or groans from my two madams!

The girls have noticed a few differences themselves too – they love the feel of the brush on their hair, they can’t get enough of the smell (even though I do feel like it’s a little too sweet) and they love how quick the whole process is! I also gave the brush to my 5 year old to try using herself, and she felt it was a lot easier than her normal brush.”

Alison reviewed the Detangling Spray for Kids separately on dry, and then wet hair. She said:

The spray is more of a mist so I noticed it covered her hair quite quickly. I used quite a lot on the first try as I was doing it from dry. I would have used a lot less had it been on wet hair. There was no lingering residue that you could see or feel in the hair as such. The only downside I could say is that the residue felt a bit sticky on the hands afterwards, but honestly, it just gives the kids another reason to wash their hands again which isn’t a bad thing at the moment! The result was that it smoothed out the hair quite nicely, and we both loved the smell of the spray. My daughter said it smelled like yoghurt, but it was definitely a refreshing citrus smell to me!

From wet: After my daughter’s bath I used the products again, and you really didn’t need much spray at all, which is good. The moisture from the water mixed with the mist spray helped the brush glide through effortlessly. It was just one stroke per section, so after about 4/5 strokes we were done! Again, the speed is a big deal for me so I can get her hair turban on and get her to bed.

Overall I am really impressed. Having 2b curls myself I wish it would have been around 30 years ago as my mother didn’t understand how to deal with curly hair and there were a lot of tears from her scraping the hair with regular brushes and pulling the tangles really harshly! My little girl is very pleased that she has her “new, special brush” that she can use herself.

Leanne Gargett has three boys and they found the at the effects of the Detangling Spray for Kids lasted into the next day. She says:

“Managed to detangle his hair and fasten it up for ballet class. The spray smells like grapefruit (which isn’t my favourite smell but the boys liked it!) and they both said it helped with the detangling. I am finding the product is building up though and their hair needs washing more. We normally only wash their hair a couple of times a week but I think with this spray it would need to be daily or every second day.

Aydan really likes this brush he finds it doesn’t tug as much. I don’t like the sound it makes when brushing as it does sound like it’s ripping the hair out but it definitely isn’t. I even tested it in my own hair which is curlier and tanglier than Aydan’s because it’s shorter but it was the easiest brush I have ever found to get through my hair. I have a lot of breakage and I think I will invest in one of these for myself.

Liz and her daughters reviewed the Everyday Detangling Cream Spray for Thick/Curly Hair with The Wet Detangler brush. She says:

We usually plait before bed to prevent tangles but didn’t last night so this morning hair was very tangled. Olivia has tight curls and quite dry hair. The spray was great for brushing through the length, but I needed to use a lot more to detangle the ends and this left a creamy white residue.

Once it was up in the ponytail, the hair looked great – sleek and shiny. Grace has thicker hair with much looser curls and the brush was easy to pull through the length of her hair.

We use a traditional Tangle Teezer usually and Grace doesn’t enjoy having her hair brushed at all, but there were no complaints this morning. Again, the ends needed a bit more spray and this left some residue, but I was pleased with the result in the end. The smell is growing on me.

We did the hair at 9am this morning and now at 4pm the hair feels dry but tacky to touch – Grace has complained that it feels sticky – and I’m not sure it’s the right type for the girls’ hair textures.

Steph was delighted that her daughter’s super long hair was so much easier to brush after using the products:

So it was the dreaded after bath hair brushing. My youngest actually asks for the ‘ouch’ when he wants his hair brushed thanks to his sister often complaining.

We usually use Gliss spray and it helps a lot, but her hair will still tangle. I felt that the spray was great, her hair didn’t re-tangle after being brushed. The only downside was the brush wasn’t great for the thickness of her hair and we did find a bristle was already bent after brushing. It was great for my sons hair though as he has finer hair.

Nichola and her girls were big fans of the spray and felt it really worked well for their hair types!

Nichola recorded video reviews to share her thoughts with MOLOs and also said:

‘It saved me at least 10 minutes this morning – and a lot of stress as we didn’t have the grumps and groans and ouches that we usually do!

Nichola’s daughters also shared their thoughts – they loved it! After being given the choice from their old products versus the new Detangling Spray for Kids, with the Wet Detangler brush, it was hands down the best choice for them and their hair – in fact, they were fighting over who would get which one! Well done girls!

The NEW Tangle Teezer Detangling Spray for Kids is available in larger Boots stores and at www.boots.com/tangle-teezer