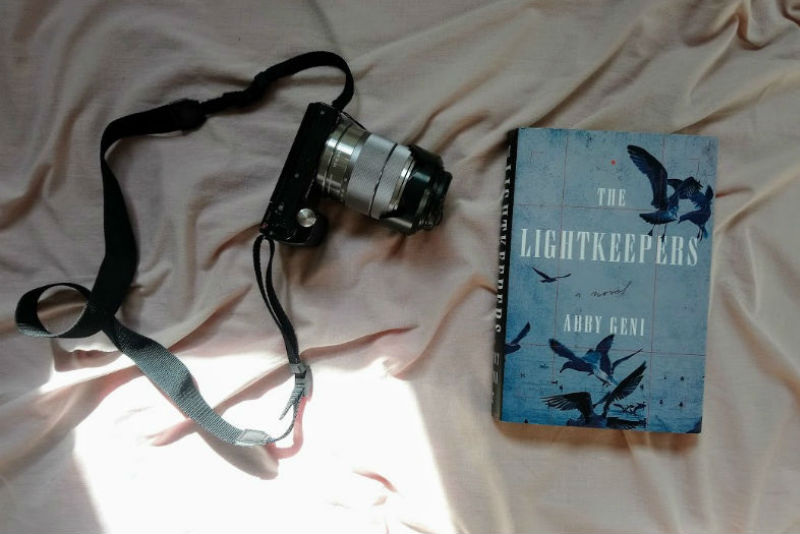 The Lightkeepers by Abby Geni

If you like photography and the wilderness, The Lightkeepers will hit the right aesthetic notes.

This psychological thriller is driven by rootlessness and the ease of human deception. Miranda is a nature photographer who functions best in isolation following the death of her mother.  She finds the jagged pieces of herself come together behind a lens and pursues a residency on the Farallon Islands with six biologists who become increasingly sinister as time passes. This novel is as much about how ecological wildlife functions as it is about how the human species operates in the wilderness.

Sub-text is reinforced by the style of Miranda’s photography. She uses the Dutch Angle frequently, a camera tilt which ensures an angle to the bottom frame of the shot. The shifting impact disconcerts the viewer, a technique largely used in film for scenes of high tension or psychological unease. Think Jaws. Think sea rescue scenes where you feel the panic as briny water sloshes against the camera lens.

From the opening of the novel, movement is unsteady and lurching: ‘A gull slams against Miranda’s temple, knocking her off balance.’ Miranda’s view of the islands is distorted when she departs by ferry: ‘As the ferry grinds away from the shore, the ocean pivots, rotating on its axis.’  I really admired how photography informed the pace of the fiction.

I went through a stage where I used my manual camera to take lurching shots of the sea. Real menacing pictures where the landscape looked topsy-turvy. There’s also an accidental picture I took of me, my dad and my sister. We were having a paddle but look as though we’re drowning. Truth is, I need more practice.

This is a slow burn of a thriller with a strong sense of isolation that will leave you chilly and uncertain. 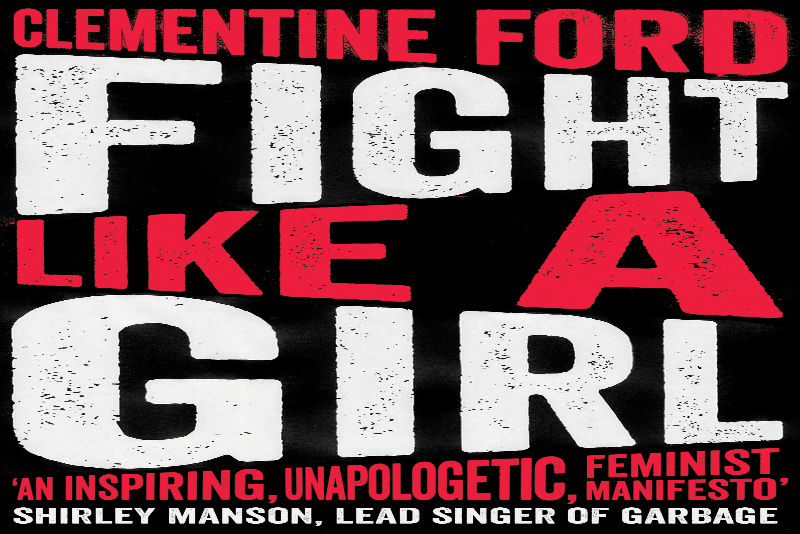 This brilliant feminist manifesto covers a number of difficult topics, from eating disorders to mental health difficulties to sexual assault. It is unapologetically honest and provides an overview of the struggles women face every day in their battle to find something resembling gender equality. More than that, it considers female sexuality, including our desires and needs, and how these are often not acknowledged for women in the same way that they might be for men. Ford writes refreshingly honestly about her own sexuality and desires, and I found this to be a tonic to the way that women are often expected to keep their thoughts about this to themselves.

Fight Like a Girl acts as a toolkit for empowering girls and women and as a woman who did not stumble across this sort of non-fiction book in my teenage years, I am left wishing that it had been available to me back then. This novel is of the no-nonsense, straight-talking variety and provides information that would have been helpful to me years ago. Now that I am raising my own daughters, I hope I can take something of this book and use it to help my children feel empowered. I hope that they can read books like Ford’s when they are older, and understand that they are every bit as important in this world as the males they are growing up with. 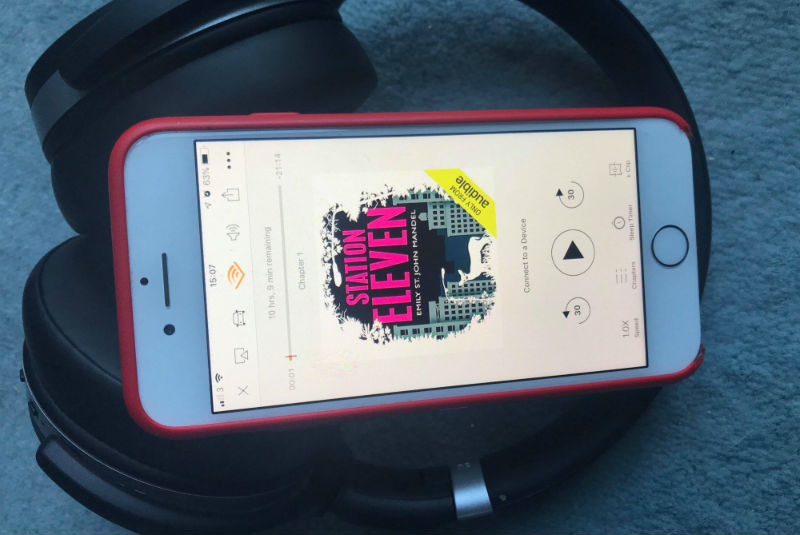 This is a post-apocalyptic story that starts with the death of a famous actor on the same night as the outbreak of a global epidemic. The narrative is divided into two timelines, one following the life of the actor who died through the viewpoints of himself and those closest to him. The other stream follows some of the characters there when the actor dies and those closest to him through what survives after the end of the world as we know it.

One of the main characters is Arthur Leander, the famous actor who dies at the beginning. His life is fundamental to the plot and all the other featuring characters link through him. The story follows him at all different stages of his life through flashbacks. The bulk of the post-apocalyptic story follows Kirsten, a young girl at the collapse of civilisation, who is part of a travelling symphony, going from settlement to settlement. She’s a strong female lead and is shown to be physically powerful and mentally resilient too. Kirsten reminded me a little of Katniss in The Hunger Games in her outlook and her ability to stand up for herself.

I really enjoyed this book, and once I got in to it, I couldn’t stop and I thought about it for ages. The main reason for this is the author’s ability to make the characters come alive. I still want to know more about them, especially the main protagonists. Without spoiling the plot, there is an open question around one of the characters named ‘the Prophet’. Usually I dislike things that aren’t neatly tied up in a book but I really liked how it wasn’t spelled out and left for the reader to guess. My main criticism of the book is that it’s a slow starter; it took me a few chapters to become hooked. That being said, once engaged I couldn’t get enough!