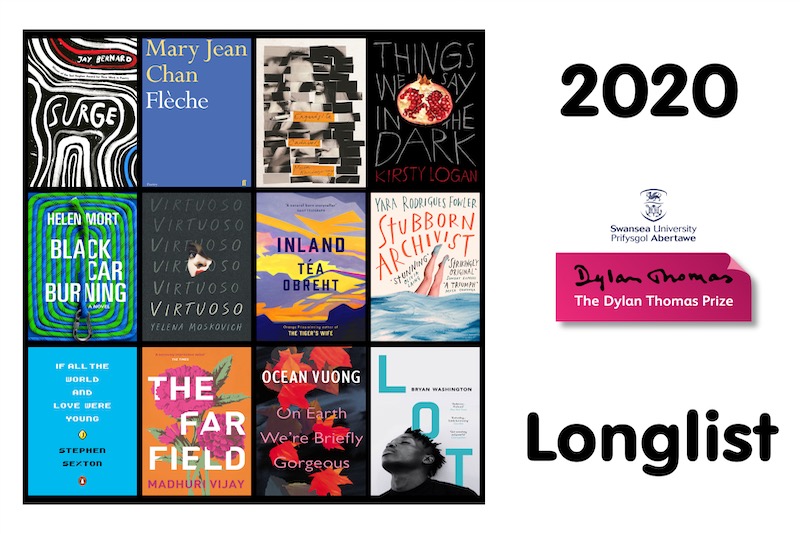 At The Motherload® Book Club we were delighted to work with The Dylan Thomas Prize 2020, and were sent three exquisite works of fiction and poetry to read and review. Every book we received from the longlist spoke of marginalised lives, heartbreak, courage and strength, and two of the books have since been selected for the shortlist.

This is a novel unlike any I’ve ever read before. Its style can only be described as experimental, but don’t let that put you off. It tells the story of Karim, a young film maker, and Maya, an artist. When Karim’s brother disappears in Tunis, Karim wants to follow him but Maya is forced to choose between her partner and her own desires.

At first I was unsure how to read Exquisite Cadavers as it is written unconventionally. The writing itself is flawless and beautiful to read, and so it is well worth persevering to find a way that works for you. The main story of Karim and Maya plays out in one column of the page, and in the margins, we hear a narrative from the author about her inspiration and the experiences that led her to write each part of the novel. With personal, political, cultural and geographical information added in for context, Exquisite Cadavers is not only a work of a fiction, but an educational piece of writing. The notes in the margin give this book a richness that would not otherwise have been present.

This is not a novel to read quickly. I chose to read a chapter of the fiction column, learning more about Karim and Maya’s journey, and then went back to the beginning to read the author’s context. The joy was in savouring the words, and if you have the time to do this, this book rewards again and again.

Jay Bernard’s debut book of poetry, Surge, is a response to the New Cross Fire of 1981, in which 13 black teenagers were killed. Although the cause of the fire was not determined, it may have been a hate crime, and in his poems Bernard speaks eloquently and painfully of the voices of the past. The poor government response at the time screamed of a long history of racism in Britain.

Carefully weaving a line from 1981 to the Grenfell fire, Bernard explores race, racism, identity and ethics to urgently excavate a chapter in British history that was left painfully unacknowledged. This is an important collection that demands your attention and your understanding, resulting in feelings of anger, frustration, and most importantly, power to those who read it.

Focusing on Houston, Washington weaves a series of tales around various neighbourhoods in this debut novel. Each story portrays a snippet of a marginalised life, the sorts of lives that often do not become the main event in a novel, but are more usually reserved for adding depth to a mainstream plot. From a young woman caught having an affair, to local drug dealers and young hustlers, LOT is a story of heartbreak and bravery across a series of neighbourhoods.

Beneath the surface, a young boy is also discovering his sexuality and a desire for other boys in a community in which this will not be allowed, never mind accepted. A queer identity runs throughout the pages, reminding the reader of the permanently repressive atmosphere in which he is growing up. Washington writes poetically of human emotions, rash decisions and an inability to escape from a desperate life. This is a hard hitting book with characters who will force you to question your own beliefs and emotions.