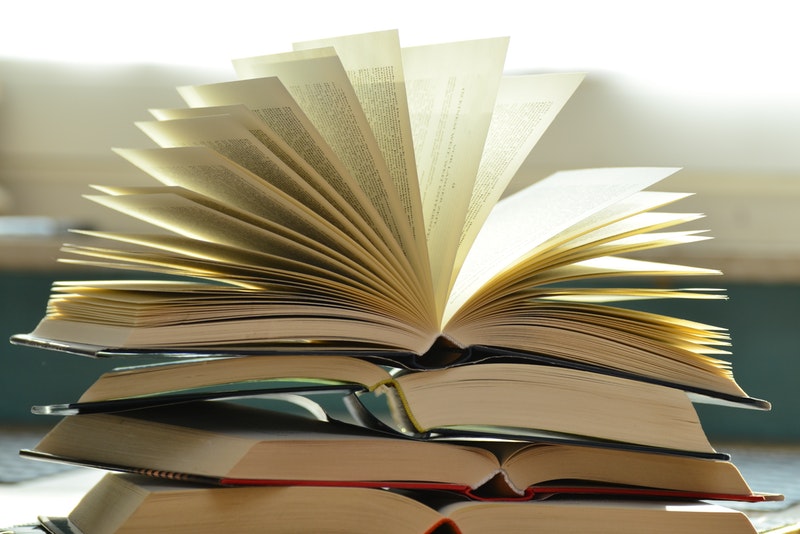 In The Motherload® Book Club’s inaugural year, I’ve read and listened to around eighty books. And it’s been a great reading year for me. I loved so many of those books that narrowing down to my top ten was a painful process. For hours on end, I stared at my list of fourteen or so, before finally deciding which ones had to go. So without further ado, here are my ten favourite books that I read in 2018 (in no particular order).

All the Ugly and Wonderful Things by Bryn Greenwood

Perhaps the most unconventional love story I’ve ever read, this novel centres around Wavy, who grows up with a drug-dealing father and drug-addicted mother. She forms an unlikely friendship with Kellen, who works for her dad, and as she grows up, their relationship deepens. But when outsiders look in, they don’t like what they see. I was utterly enthralled by this beautiful, challenging book from beginning to end.

Our House by Louise Candlish

I read this back at the start of the year and I still remember the breathless feeling of tearing through it, the dread building in me as I realised how possible this nightmare scenario actually was. Fi comes home to find strangers moving into her house. And she hasn’t sold it. From this incredible hook to the shocking final line, I was totally gripped, wishing away time so I could get back to it.

The Trick to Time by Kit de Waal

This was my introduction to Kit de Waal, and I’ve since read her debut, My Name is Leon, but this remains my favourite. She writes so powerfully and movingly about love and loss, and I felt the characters’ emotions as if they were my own. This novel is Mona’s story, and as de Waal peels back the layers of her life, we learn about the tragedies that have shaped her. It’s not an easy read, but it’s an exquisite one.

The Queen of Bloody Everything by Joanna Nadin

This is a book about a girl who doesn’t quite fit in, about her falling in love with the boy next door, about her battling with her peculiar mother. So much familiar ground, but Nadin’s writing sparkles and bursts from the page and I fell head over heels pretty early on. This novel spans a long period, not dissimilar to my own lifetime, and the cultural references are spot on. It’s a book that will make you laugh and cry, and one you will carry with you, in your heart.

I think Home hit me as hard as it did partly because I read it when my son was four, the age of central character Jesika. But mostly it was down to Berriman’s superb writing skill. I don’t think I’ve read a more accurate portrayal of a four-year-old, and I’ve always loved a story where the narrator doesn’t fully understand what’s happening but manages to convey it all to the reader. Berriman has shone a light on poverty, making this novel as important as it is beautiful.

The Lion Tamer Who Lost by Louise Beech

I’ve read this book twice this year, and I’ve recommended it to anyone who will listen. It’s a tragic love story, about Ben and Andrew, about family, about lions, about writing, about life. Ben is in Zimbabwe volunteering at a lion reserve, and we know he’s left behind something that has almost destroyed him. As we learn more about what that is, there are some genuine gasps and plenty of aching sadness. And in between, some of the most wonderful storytelling I’ve come across in a long time.

The Man Who Didn’t Call by Rosie Walsh

This book is an absolute joy from start to finish. There’s so much warmth in this tale of Sarah and Eddie’s love, which lasts for seven days before he disappears from her life with no explanation. The mystery at the heart of this book absorbed me completely, and the twist was absolutely perfect. This is one I’ll remember fondly for a long time, and press into many pairs of hands.

What We’re Teaching Our Sons by Owen Booth

I don’t really know how to categorise this book, which is more a series of linked vignettes than it is a novel. In it, Booth covers topics as wide-ranging as the abominable snowman and the big bang, and somehow gets right to the heart of what it means to be human. I read this in a day, and was utterly awed. It’s moving, it’s funny and it’s true.

Pieces of Me by Natalie Hart

Emma and Adam’s love story is not your typical one. She’s English and he’s American and they met in Iraq, but have since settled in the US. When Adam is redeployed, the life they’ve built together is rocked, but it’s when he comes home that things really begin to change. Hart writes with a light, sure touch, but the result is very powerful.

This unflinching character portrait of Gilda, a prickly woman in her fifties, is pretty perfect, in my opinion. Told in short, punchy chapters, it opens up Gilda’s troubled past and plays with your emotions, until you realise, at the end, that she isn’t the woman you originally thought she was at all. I was happily under its spell from first page to last.

Disclaimer: contains Amazon affiliate link, each purchase results in a teeny tiny sum of money going to The Motherload®®®® which we use for the upkeep of the site.