The Relative Ease of One 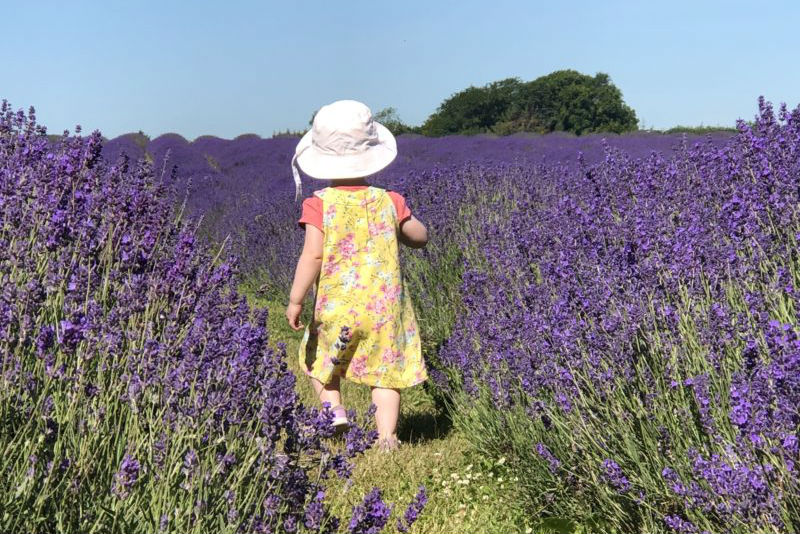 Right now I’m 34 weeks pregnant so firmly in the third trimester. It’s too hot, I’m uncomfortable all the time, I’m not sleeping well because I need to get up for a wee at least five times a night and there’s a large part of me that just can’t wait for this baby to arrive. (That and the fact that I get asked a million times a day if I’m looking forward to meeting him.)

Then the other small part of me raises its hand and reminds me that I should be enjoying the relative calm of the next few weeks because I’ll soon be a mum-of-two and things are about to get a lot more chaotic and tiring.

Don’t get me wrong, I know that all parenting is hard no matter how many children you have. It’s by far the hardest thing I’ve ever done. I didn’t find any of the stages with my daughter particularly easy, especially in the first year, and I definitely suffered with a fair bit of first-time-mum angst.

Nap times have also been a godsend to cope with the sleep deprivation, especially when your 2-year-old still isn’t the best of sleepers! Having those moments of peace during the day are wonderful but that’s about to go out the window too.

I’ve heard some Mums manage the nirvana of toddler and baby naps at the same time so here’s hoping I can get to that blissful place. (Any tips on achieving it will be gratefully received!)

I’ve also got my fingers crossed that my nearly 2 year old keeps napping for at least another 6 months but considering she already skips her nap on some days I’m not sure I’ll be able to count on that!

Also, the odds are good right now when we’re out and about as a family. Between my partner and I we can totally manage the wildling and still get to eat a meal, enjoy a coffee and get jobs done when we’re out together. Now while one of us chases the tornado about, the other one will be looking after the tiny one.

The biggest thing is that I’ve only just realised is what a great age nearly 2 is. Of course she’s still totally dependent and in nappies and all the rest of it and as I mentioned she’s a total whirlwind so it’s not peaceful at all. But she’s also walking (running), talking, feeding herself, plays really nicely and so independent in lots of ways. She’s just so much fun AND we haven’t quite hit the worst of the toddler tantrums yet either! I expect those will be timed for her baby brother’s arrival.

With that in mind, I’m making it my mission for the next few weeks to not complain about being heavily pregnant, working full time and running around after the toddler. Instead I’m going to do my very best to enjoy the relative ease of one. Wish me luck!