The Truth About: Having Kids Less Than A Year Apart 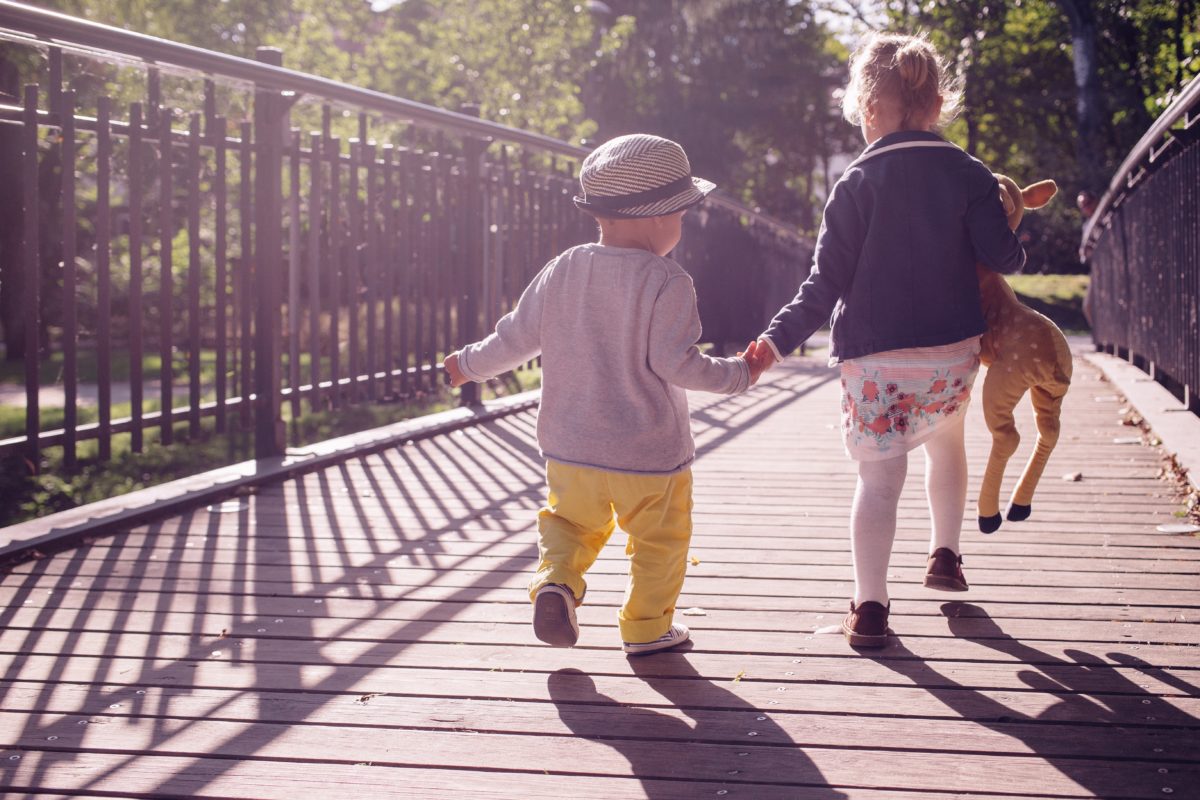 My kids are 11.5 months apart which means for a few weeks every year I’m in the slightly bizarre position of having two non-twin children the same age (in years at least).

That’s with all the joyful symptoms and limitations that go along with it. I’m talking a constantly huge belly (whether still pregnant or not), stretch marks to rival a road map, perpetual exhaustion and very, very battered lady bits. Let’s just say giving birth 11 months after an episiotomy and forceps delivery of a 9lb 11oz baby wasn’t much fun. Pretty much the only physiological bonus is a lack of periods, but there are plenty of other bodily fluids to make up for it – lactating boobs, lochia, the pregnancy sweat-fest… you get the idea.

I also had really bad SPD; the highlight was a trip to Cotswold Wildlife Park with a 10 month old at 7 months pregnant, in the sweltering heat, where I could only keep up with the rest of the party on a hired mobility scooter.

2) Strangers WILL continually ask “so was number 2… planned?”

Or they might come up with some other crass and predictable question of your second baby. From friends and family it’s all well and good but it can feel a bit intrusive from the lady on the checkout (or randomly in my case, the postman). Personally I don’t generally take offence at these frequent queries, but I know it gives some mums the rage. A particularly amusing recent example was when hearing that my husband is a (decidedly lapsed) Catholic, a friend said “ah, so no contraception allowed then. That’s why you had them so close!” Hmm, not exactly.

Mind you, having two so close together is a form of contraception in itself.

3) Everything will become ‘joint’ this and ‘joint’ that.

So far we have had a “joint first-and-second birthday party” (catchy, I know) and a joint Christening, and most of the presents the kids receive can be shared and swapped according to the ever-changing whim of each child. This is both good and bad, since they inevitably decide the same toy is absolutely the only thing worth playing with at exactly the same time. As they get older I’m sure they will want individual celebrations and toys, but for now I’m making the most of the one-size-fits-all approach.

Although we recently discovered when my husband got Charlie dressed in the dark that one size does not, in fact, fit all. A two year old with a pot belly in his baby sister’s bright yellow leggings and matching top is not a great look…

4) The baby days are over quicker.

It is true though that it’s lovely to see them growing up together so close in age, and I hope they will be close as they get older too. I’m also trying to see it as getting the baby/toddler stage out of the way in one fell swoop.

Although I am slightly broody for a third…

Sophie is a mum to two terrors who only narrowly escaped being in the same school year. She does her best to juggle motherhood, work and trying (but mostly failing) to have some semblance of a social life. She has a disturbing Diet Pepsi addiction and regularly falls down internet rabbit holes in the early hours when she has yet again been woken by her Velcro toddler.