The Truth About: Baby Names

What’s in a Name?
50 Baby Names Which MOLOs Crossed off the List 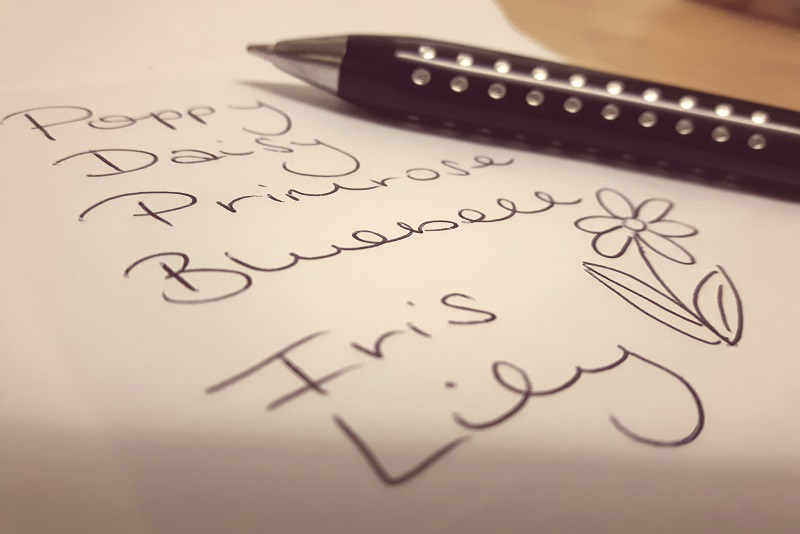 I gasped when I heard the woman calling her child’s name. My knuckles turned white from gripping the handles of the buggy as I scrunched my eyes and clenched my teeth, willing myself not to turn round and show her the look of horror on my face. And then she called again, “Isis! Wait for Mummy. Isis!”

We all hope when we finally decide on a name for a newborn that it will suit them, that everyone will approve and we won’t have any regrets.

How on earth do you cope though when it turns out your little girl’s name will always be associated with the brutality of the Islamic State? Isis is the name of an Egyptian goddess so it’s a beautiful, mystical sentiment but those four letters have now been tarnished forevermore. What do you do if you named your daughter before the terrorist group became a daily fixture in the newspaper? Stick with your choice and pray for world peace? Or change her name? It’s a tough call but I think I’d have to switch a letter and add a more fragrant, floral note to turn her into an Iris.

Who could argue with naming a beautiful baby girl after a pretty flower? Well, my husband as it turns out. I can remember sitting in bed with the duvet pulled up over my bump, turning the pages of the baby names book and reading out suggestions. When I said “Poppy”, he replied quick as a flash without pausing for breath, “No. Makes me think of opium and the war dead.” Scratch that one then, no room for negotiation there.

Choosing your baby’s name should be one of the joys of pregnancy or a fond memory of the first days of parenthood but in reality it can be a battle of wills between you and the other half or worse still the whole family can try to elbow their way into the decision.

I fired off a discussion on this very subject in The Motherload® community. “Despite saying we wouldn’t leave the hospital without naming our baby, she unfortunately didn’t have a name for nearly two weeks,” admitted one MOLO who reckons the name game is harder than childbirth itself. I’m guessing it was a gas-and-air only kind of labour then?!

She went on to say, “There’s so much pressure and having had a lifetime of people not being able to say or spell my name, I knew I didn’t want to inflict that on my daughter. I didn’t want a really popular name either and trying to pick one that’s easy to say and spell and isn’t in the Top 100 is hard! In the end we settled on Bluebell. We love it and it always gets a lovely reaction.” Another gorgeous garden-inspired name.

Published every year by the Office of National Statistics, the list of the Top 100 Baby Names given to boys and girls born in the UK is a way of finding out what’s trending.

When we were expecting our second daughter in 2015, one of the favourites on our shortlist was Olivia but its firm place in the top three put us off. We then toyed with the idea of shortening it to Olive but made the mistake of running it past our almost 3 year old who laughed out loud and ended the conversation by saying, “You can’t call a baby that!” We thought because she loves eating olives she would get on board but sadly she couldn’t see beyond the literal meaning of a small green thing that bobs about in a jar. I won’t tell her yet about Chris Martin and Gwyneth Paltrow naming their daughter Apple.

If you’re choosing a name for your baby, take note of these three tips gleaned from the collective wisdom of the mighty MOLOs…

1. If you tell someone the name you’re considering and they say “Ah….well, that’s um…different”; make no mistake, they hate it. If you love it, ignore them and go for it.

2. If you’ve gone for a name that’s a bit out there and not the norm, or even if it’s perfectly run-of-the-mill but you fear may not be to the taste of your MIL, keep it to yourself and don’t tell anyone until you’re announcing the arrival. People tend to mellow when they’re snuggling a scrumptious brand new baby and may just keep their opinions to themselves.

3. Practise shouting the name until you are sick of the sound of your own voice, feeling hoarse and at the end of your tether. To really immerse yourself in the experience, do this in a supermarket while pushing a trolley at speed, chasing after an imaginary toddler while fellow shoppers stare at you. Grabbing a bottle of wine off the shelf and taking a swig to calm your nerves is sadly not an option. If at the end of this exercise you still like the sound of the name, you’re onto a winner.

Any more wise words to add? Leave a comment or better still join the MOLOs in our community for a chat.