The Truth About: Sleep 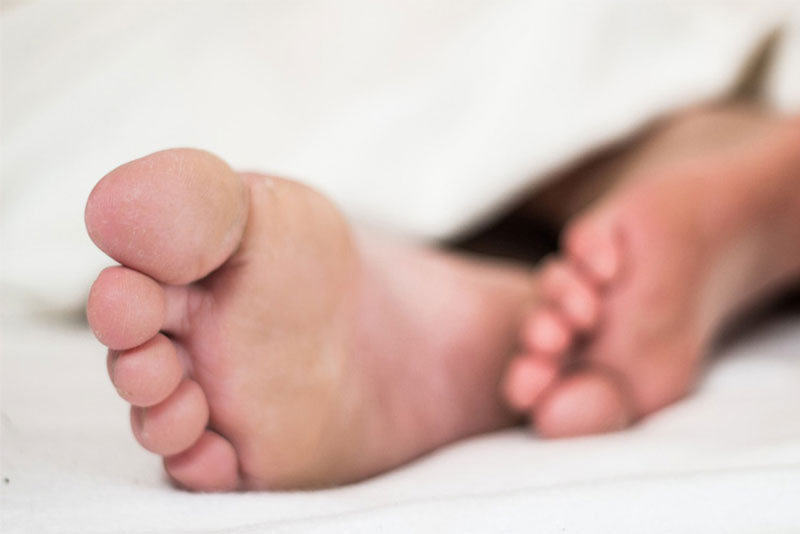 It’s first thing in the morning and my three-year-old daughter is standing next to me in her favourite Frozen pyjamas with a look of wonder on her face. “Wow Mummy, I love purple, can I have some of that make-up on my eyes?” I’ve barely had any sleep…  so in my half-awake state, I am puzzled by this request. I am propped up on pillows feeding her baby sister. I haven’t brushed my teeth or hair yet, let alone applied eye-shadow.

Then it dawns on me; with a sinking feeling I realise she is referring to the dark circles underneath my eyes, which on closer inspection in the mirror are indeed a shade of smoky aubergine. As my own mother always says, “I’ve got bags under my eyes like suitcases.”

I have been waiting to write this on a day when I’m not quite so tired; one of those amazing, life-affirming days when you wake up feeling like a new woman, bursting with energy and vitality and creativity because you had a good, long uninterrupted sleep.

Alas the joy of six precious hours in one stretch remains elusive so I will plough on, sleep-deprived, trying to form coherent sentences while my brain struggles to find the right gear. I feel like a car stuck in a muddy field; the wheels are spinning frantically in a valiant effort to move forward but I’m going nowhere fast.

I am handling what amounts to a hangover complete with pounding head and parched throat even though not a drop of alcohol passed my lips last night.

I need caffeine and sugar; I drink a strong cup of coffee and inhale two tiny packets of Haribo liberated from a party bag. Sleep would solve everything. Anything could be and would be achieved if only I could just get a bit more sleep.

Everyone warns you to get ready for the broken nights when a baby is on the way but it’s not like you can be sensible and save up, putting a bit of sleep by each month to cash in at a later date when you need a nap or a lie-in.

If you could buy gift vouchers for sleep, they would be the best present any parent could wish for. In lieu of that, a genuine offer of babysitting even if it’s just for an hour to allow you to have a snooze is just as welcome.

You start to daydream about sleep, it becomes an obsession as you plot your next fix. Any activity that involves the chance to lie back and close your eyes for a few minutes is a rare treat. Trip to the hairdresser? Yes please. Dentist appointment? I’ll take it.

My eldest daughter loves playing hospitals at the moment and as the poorly patient in this game, she tucks me in with a blanket on the sofa then closes the curtains and tells me not to get up. Apart from being prodded with plastic instruments from her doctor’s kit, it’s really quite restful.

So what would you give for a decent night’s sleep? Have you ever resorted to any desperate or sneaky measures to get some kip? And in your sleep-deprived state, have you ever done anything stupid or funny? I put these questions to The Motherload® group and as expected, the marvellous MoLos did not let me down.

Purple eye-bags are all the rage it seems; one mum admitted turning to tinted moisturiser and Botox to avoid looking like Dot Cotton after two years of being tired.

The perils of sleep deprivation

We heard absent-minded tales of household objects that went mysteriously missing; the surprised husband who opened the fridge one morning to discover the iron and the scatter-brained women who couldn’t find their keys and then located them in the dishwasher and the wheelie bin.

In fact we really can’t be trusted with keys on so little sleep; one mum admitted returning to her car after shopping to find it unlocked with the passenger door wide open and another time had a mad panic when she got home and saw the front door was ajar but they hadn’t been burgled, she’d just forgotten to close it and realised the house is always that much of a tip.

I take my hat off to anyone with twins, it’s hard enough coping with one newborn let alone two of the demanding little darlings. You can understand how this hallucination could happen: “When the twins were about six weeks old, I dreamt I’d actually had triplets.

When the babies woke to be fed, I moved them over to make space in their cot and then gently placed the third baby – a stuffed teddy – in their cot alongside them.” As long as that exhausted mama didn’t actually try to feed their furry little brother!

So just how far would you go to get a good night’s sleep? One MOLO said she would pay cold hard cash; £10 per hour to anyone who could guarantee her a 12-hour slumber from 10pm to 10am. £120?

Now there’s a business brainwave, if only I knew how to provide the service to shattered parents, I would be rich beyond my wildest dreams. I also loved the cheeky admission from another mother who is lucky enough to have a caravan on the front drive where she occasionally escapes to spend the night.

Sleep – the ultimate gift for a new mum

The ultimate confession though made me want to howl with laughter and high five the mum in question. Unashamedly and quite brilliantly, she chose to spend her own birthday money on a night in a hotel.

Her husband was allowed to bring their boys for a swim then he had to take them home while she stayed to enjoy the perfect peace and quiet of a room all to herself, a bubble bath, a bottle of wine, a picnic on the bed and whatever she wanted to watch on telly before having a great night’s sleep and a lovely long lie-in.

Any regrets at being a little selfish? Any guilt at leaving the other half and the kids? None at all, it was completely worth it.

My birthday is coming up and I’m tempted to follow her lead. Or I might ask for sleep gift vouchers and leave it up to the imagination of others how on earth to fulfil that random and seemingly impossible request. I would work it out myself but I’m too tired.