The Last Year Before She Starts School
To Work or Not to Work? That is the Question…
She’s On The Cusp of Growing Up – and I’m Not Ready 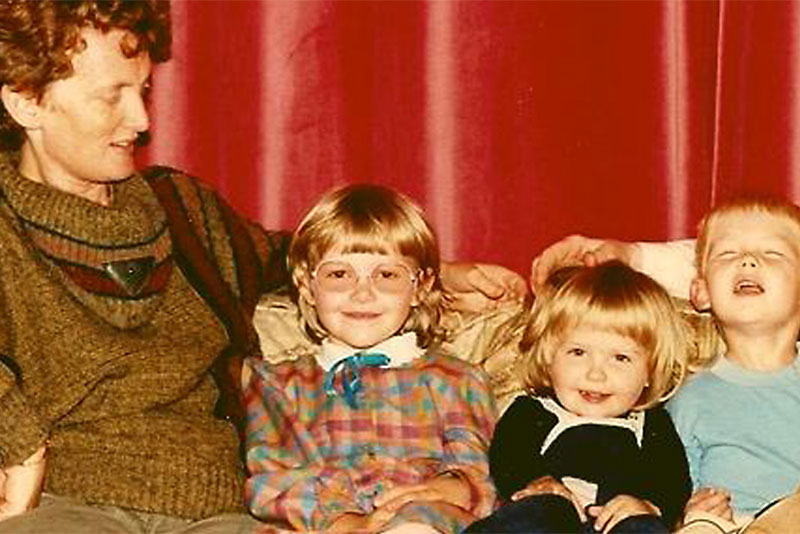 The other day, I was in the supermarket when I came across a greetings card which said: “Sometimes, when I open my mouth, my mother comes out!” I smiled to myself as I remembered how earlier that very morning, I had stood by the front door, bellowing at my two-year-old: “I want you down these stairs by the time I count to three. One. Two! TWO AND A HALF…”.

My lovely mum used to try that very technique on me, my brother and sister endlessly. She is about to turn 70, and I have been going through old photos, thinking about all the things I vowed I would do differently from her. I swore I would never dress my children in matching clothes (there’s nothing I love more), or lecture my husband about putting his dirty clothes in the laundry basket (ha!). But most of all, I promised myself I would never resort to using “mum-isms”.

So, to highlight the hypocrisy of it all, here are just a few of my mother’s buzz-phrases, some of which I already say. And the others? Well, it’s only a matter of time…

“I wish I had been born an octopus!”

The first time I heard Mum say this, I swore I would never be tragic / insane enough to start uttering such nonsense. That was, until I was standing in my bathroom a few weeks ago, attempting to change two dirty nappies simultaneously, while clearing up vomit, and trying to stop a febrile toddler from sitting on top of his baby brother as he casually shoved breadsticks down the gaps in the floorboards. Suddenly, it all became clear. “Jesus wept,” I said to nobody in particular, “my life would be so much easier if I had eight tentacles instead of only TWO BLOODY HANDS!”

If I had a pound for every time my mother uttered this phrase when I was growing up, I would be a rich woman indeed. Whether it was healthy eating, homework being done as soon as we got it, or us helping with the housework, my mum’s desire for regime change was on a par with George W Bush’s. Except we never listened, we just used to roll our eyes and carry on playing our Gameboys / watching Neighbours / feeding our Tamagotchis etc. Something tells me I’ll get a similar response when I try it!

“All I want for Christmas / my birthday / Mother’s Day is good children… any chance?”

Whenever I asked my mother what present I could buy her, she would come out with this little gem. It drove me crazy. Why couldn’t she just be like other mums and ask for Pot Pourri (well, it was the early 90s) or stuff from The Body Shop? I remember thinking life would have to be pretty drastic for THAT to be top of my fantasy present wish list. Where were the diamonds or designer shoes? Honestly, she had no idea. Fast forward a couple of decades and, hey presto, I found myself thinking that I’d very much like a peaceful Christmas myself -with sleep, lots of sleep! (In case my husband is reading this, I should add that diamonds and designer shoes wouldn’t go amiss either.)

“If you stick a brush up my backside, I’ll sweep the floor as I go!”

Picture the scene: you’re cooking the dinner, sorting out the washing, and making up the baby’s next bottle when – from the comfort of his chair – your husband suggests you might want to get the toddler a cup of water while you’re up and about.  This is the ideal riposte. My mum didn’t make it up herself, but I’ll never forget the first time I heard her say it to my dad! Treasure it ladies, and use it with gusto!

“One day, you’ll have children of your own, and then you’ll understand what it’s like being me!”

To quote Oscar Wilde: “All women become like their mothers. That is their tragedy. No man does, and that is his.”

At least I’m not the only one!