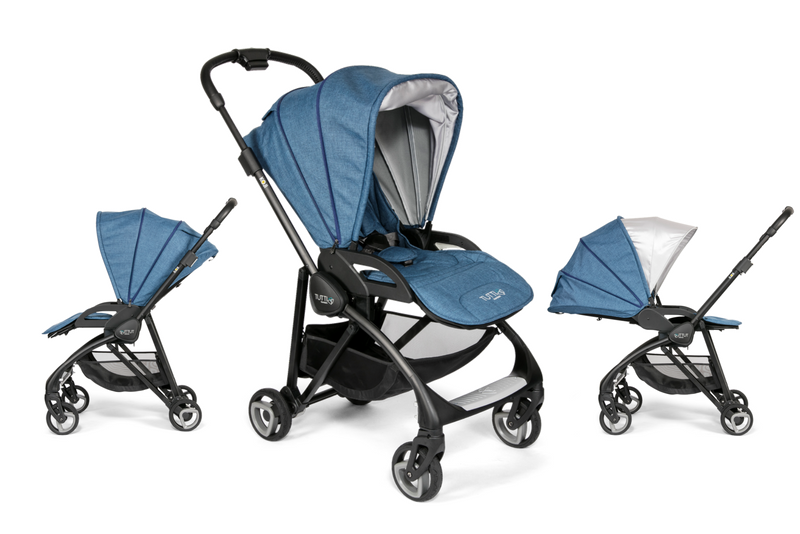 Once you become a parent you find yourself keeping an eye on the ever growing baby products market and getting ridiculously excited when something new hits. So naturally I jumped at the chance to try Tutti Bambini’s newest offering, the Koji pushchair.

What’s in the box?

• Chassis and wheels
• Seat unit
The RRP of the Tutti Bambini Koji is £350, and the accessory pack (hood and seat fabrics) are purchased separately for £80.

You can choose from a selection of colours; Oatmeal, Charcoal, Midnight Blue, Poppy or Liquorice. There is also a choice of two colours in the chassis, black or silver. Additional accessories are also available, and you can also purchase a carrycot option for the chassis. 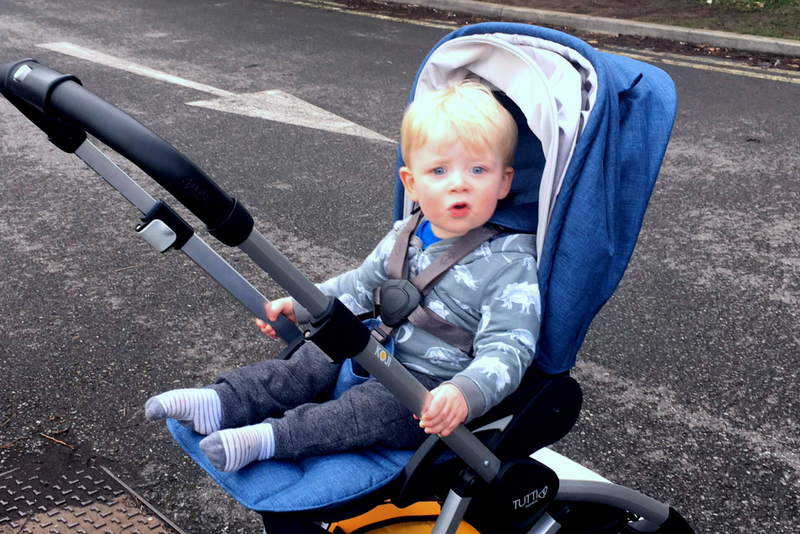 So, lets break it down;

I was surprised when the Tutti Bambini Koji arrived at my house in a fairly discreet box. It was clear this was going to be a city nipper style system. There is very little assembly required at all so if that’s not your thing, and with a toddler, a house and a job it’s certainly not mine, then this is perfect!
The chassis comes ‘as is’ and needs nothing doing but clicking the wheels on and it’s as simple as that. Four clicks! Then, the seat unit unfolds and clicks on. The fabrics form part of an accessory pack and so come separately. Everything simply pops onto the seat shell and threads on. Couldn’t be easier to put together. 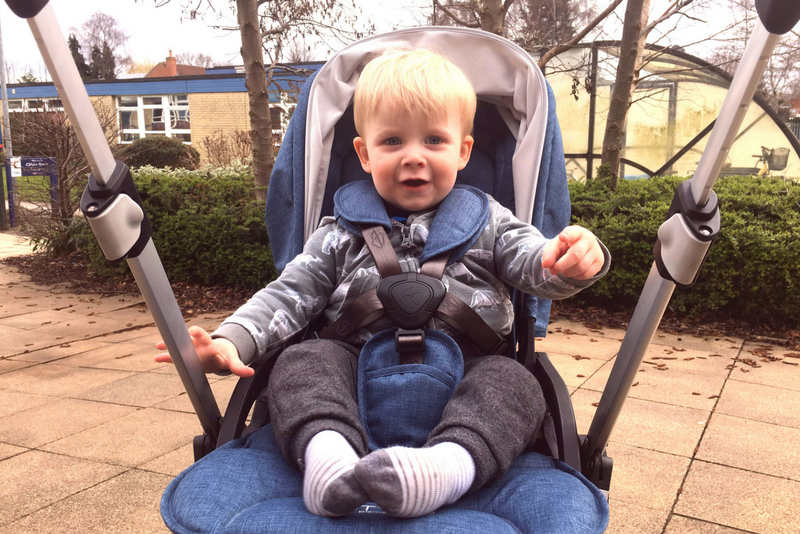 I chose a silver chassis and it looked so sleek and stylish, exactly as i hoped. It has curves that follow the lines of the Tutti Bambini logo making it smart and modern and really in keeping with what you would expect from this brand.

Funnily enough, the buggy is confusing in all the right ways! It’s slimline but so roomy. I was amazed by how small and neat it looked but how much space it had to offer. The basket underneath is spacious meaning you can stuff your change bag in there, or use it for plenty of shopping which is always handy, and the seat unit itself is so open- it’s perfect for my nosey 19 month old. I couldn’t wait to get my son in it.

My absolute favourite thing about this buggy is that your baby can travel forward or parent-facing and it’s  the easiest thing changing it around to either direction We even managed to do it with son still in the seat. With a squeeze of the handles the seat just lifts out and clicks in. It couldn’t be easier, and I love to have my son parent-facing so we can chat while we walk!

There are a number of nice features to this buggy which move it up into the higher end of the market. 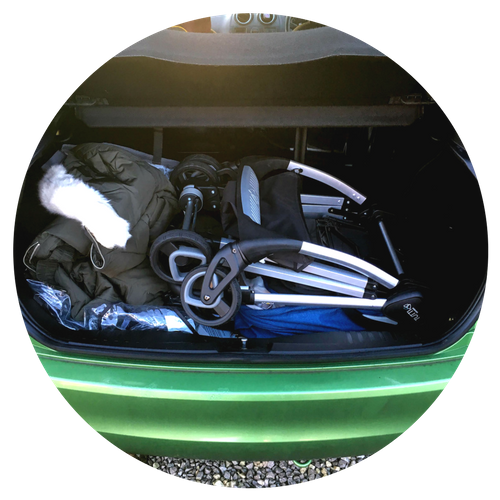 The fold is simple to do and can be done one handed. The only downfall here is with the type of fold and the kind of car you have.
Having a Ford Fiesta, i’ve favoured umbrella fold buggies because while they take up the width of my boot, they push right to the back and the slimness leaves plenty of room. The Koji folds in half and thus takes up half of my, already small, car boot!
In the home though, it’s slightly different, to its credit, as once folded, it’s a free standing unit.

With the small wheels and narrow set this buggy is sturdy but nippy! The wheels are hard wearing rubber, so not likely to puncture (unlike my first travel system which suffered this fate more than once!) I took my son out for the day, on the train into York, and there wasn’t a gap that this buggy couldn’t get through throughout our whole day, which was amazing. With the swivel wheels we were weaving in and out of kids, crowds, dogs! And as for York’s cobbles, no bother! 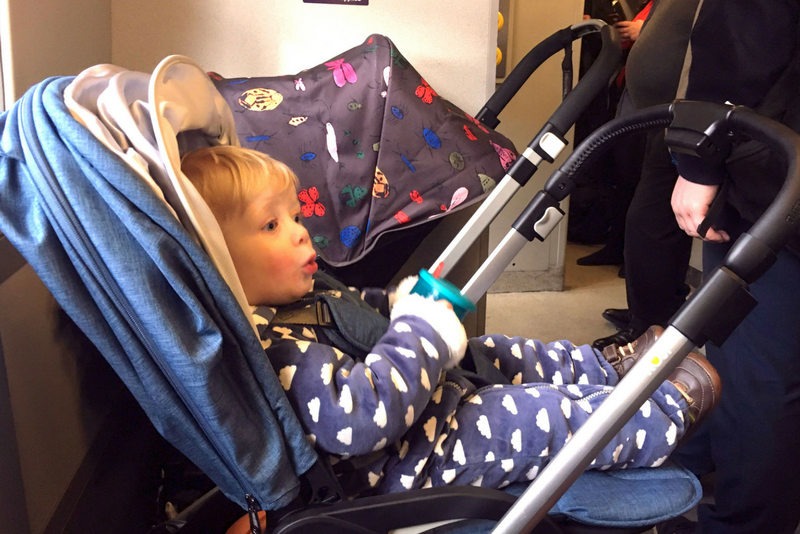 Lets face it, the basket is a kind of a deal breaker for a lot of parents. The basket on my last buggy was relatively puny and couldn’t be accessed once the seat was in the recline position. Whether you have the seat in forward or parent facing mode, there is no difficulty accessing the basket because the seat itself is set so high. I popped my changing bag in here with no trouble AND a couple of bottles of wine that I needed to pick up on my way home. All the essentials a mum needs, right? 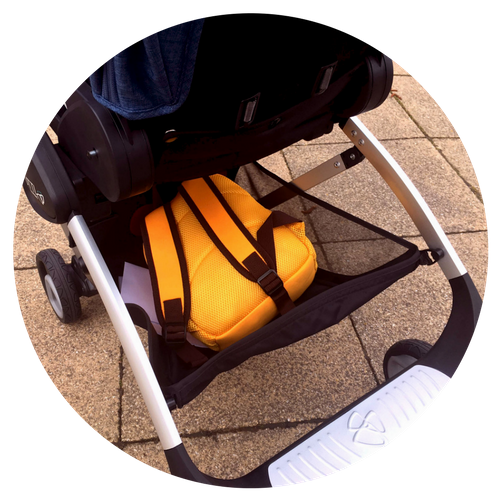 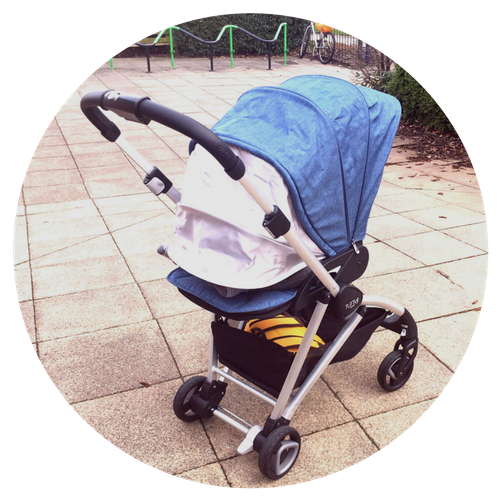 Things that didn’t work for us

Disclosure: Sample was provided and kept as compensation for this review. However, as with any review on The Motherload®® Guide, the findings are the true opinion of our reviewer.

The Tutti Bambini Koji retails for approx £430.00 (for total package) and comes in a variety of colour ways. More information can be found on the Tutti Bambini website. For more great reviews, check out The Guide!

Pin it for later! 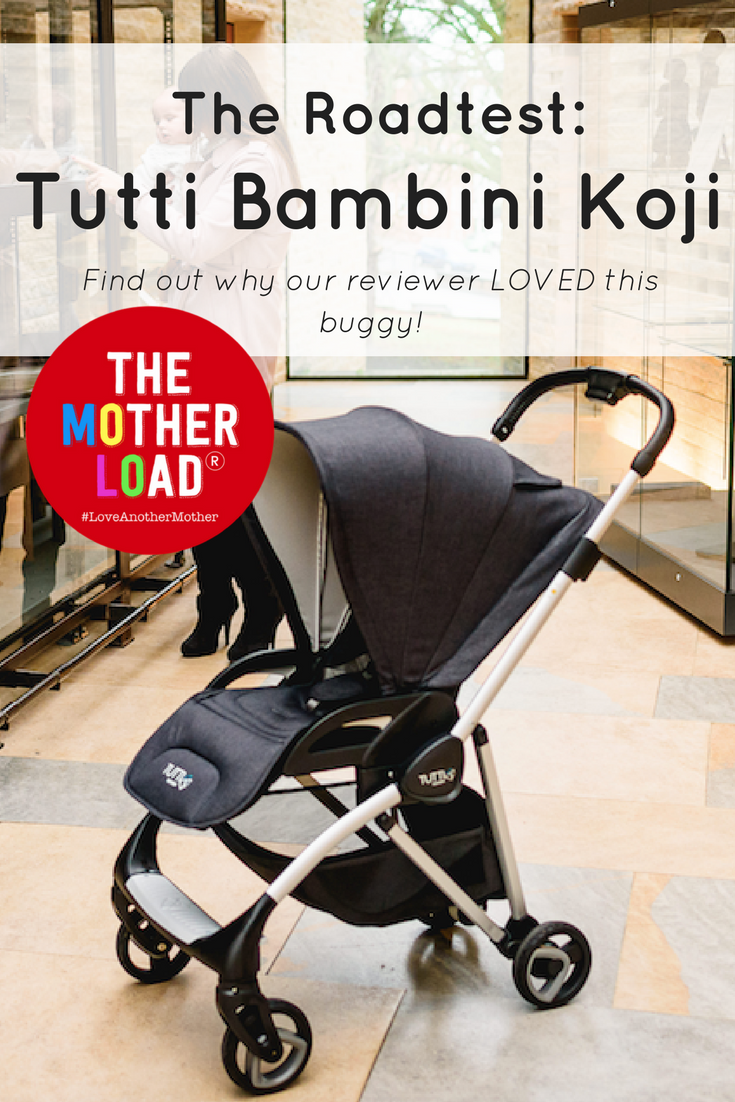