We Need To Talk About: Living With Breast Cancer 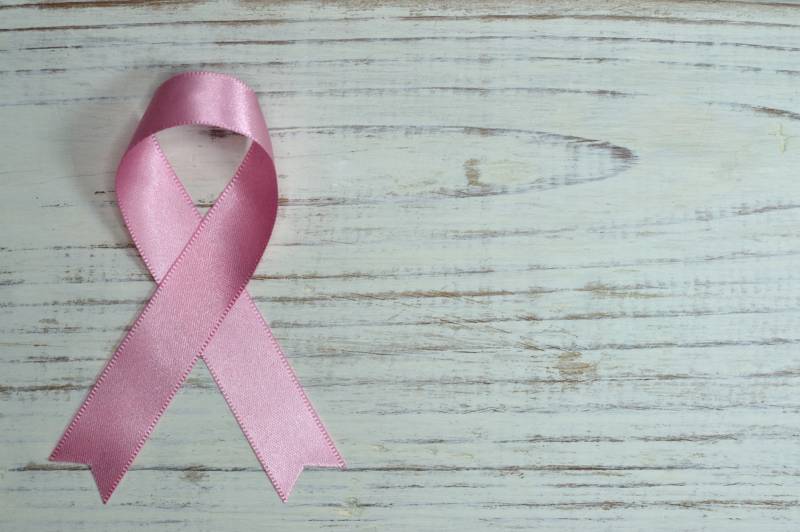 October is Breast Cancer Awareness Month. It’s often thought of as the pink and fluffy form of cancer, but when you’ve seen it from the inside, it’s anything but.

A breast cancer diagnosis can quickly turn from a distant nightmare into a surreal but grim reality where you have conversations you never thought possible and plan for things that it physically hurts you to think about.

Claire Sanders was a pre-teen when her mum was diagnosed with breast cancer. Laura Pearson was pregnant with her second child when she was diagnosed. Here, they discuss some of the ways that cancer has affected their lives from two perspectives; as a child of a breast cancer survivor and as a mother in remission from breast cancer.

Claire: My parents explained that my mum had a lump and would need surgery and medicine to recover. They didn’t use the word ‘cancer’ but I sort of wish they had because I didn’t know what it was for a while. When someone in school told me that meant cancer, I felt stupid and also scared. I think my parents omitted the word because they didn’t want to freak us out, but I’m not sure that it worked. Sometime later, my parents and I approached one of my favourite teachers for me to talk to when I felt overwhelmed and I found that an incredibly reassuring and useful resource.

Laura: My son was two and I was five months pregnant with my daughter when I was diagnosed, so quite different from your situation. We didn’t tell our son anything at first but there must have been an atmosphere in the house. Breast Cancer Care have a picture book for children called Mummy’s Lump that they send out if you request it. We read that a few times, but I don’t think he ever had a sense of how serious it was. I think you have to use your instincts to judge how much information to give. You know your child but it’s a bit of a minefield.

Claire: I feel like I missed out on my teens and ended up rebelling in my 20s. It also took a long time for my relationship with my mother to resemble anything remotely normal. The dynamic changed between us; I was her shoulder to cry on, so when she tried to be more motherly to me, I completely rejected it. Probably also because I truly thought she was going to die, so I was very confused. I also went through puberty while my mum was pushed into an early menopause, which was hard on us both.

Laura: I think a lot about what to tell my children and when. I have the BRCA gene mutation which puts you at high risk of certain types of cancer and there’s a 50% chance they’ll have inherited it, so we have to discuss it at some point. I can imagine them being angry with me about it as teenagers and I think it will break me. Has your mum having breast cancer made you paranoid that it might happen to you?

Claire: No, actually. Since becoming a mother, I have had more of an inkling of how terrifying it must have been for my mum. If anything, my mum’s positivity and the fact that she survived has continued to inspire me as the years have gone by. I’m quite pragmatic about things and try not to get fixated on things I can’t control.

Claire: I generally don’t give too much of a shit about what people think. Not in a nasty way, just that I am who I am and that life’s too short to be worrying about stupid things like if you fit in. I was really shy as a child but after my mother’s diagnosis I needed an outlet from home life so I started articulating my thoughts and I found out that I could make people laugh.

Overall, Mum being ill gave me a massive dose of perspective at an early age – I’m a lot more interested in quality time with my loved ones than buying fancy things. It taught me that while I might cry easily at films, I’m tough as old boots underneath.

Laura: It’s made me focus. I’ve always wanted to be a published author and it’s given me a real kick up the arse, as I feel like I might not have as long as I previously expected. And I just do things that I wouldn’t have done before for fear of people thinking I was weird. If I want to do something nice for someone, or tell them something complimentary, I just do it, even if I don’t know them very well. I don’t take having the kids for granted.

If you or someone you know has been diagnosed with breast cancer, there is help available through charities like Breast Cancer Care and Macmillan Cancer Support.

You can read more about Laura’s experience in her blog When Pregnancy and Breast Cancer Collide.

About Claire Sanders and Laura Pearson

Claire is a 33 year old first-time mum muddling her way through one nappy change at a time. Lover of yoga, music, walking, roast dinners, cosy nights in and chocolate.