We Need To Talk About The Menopause 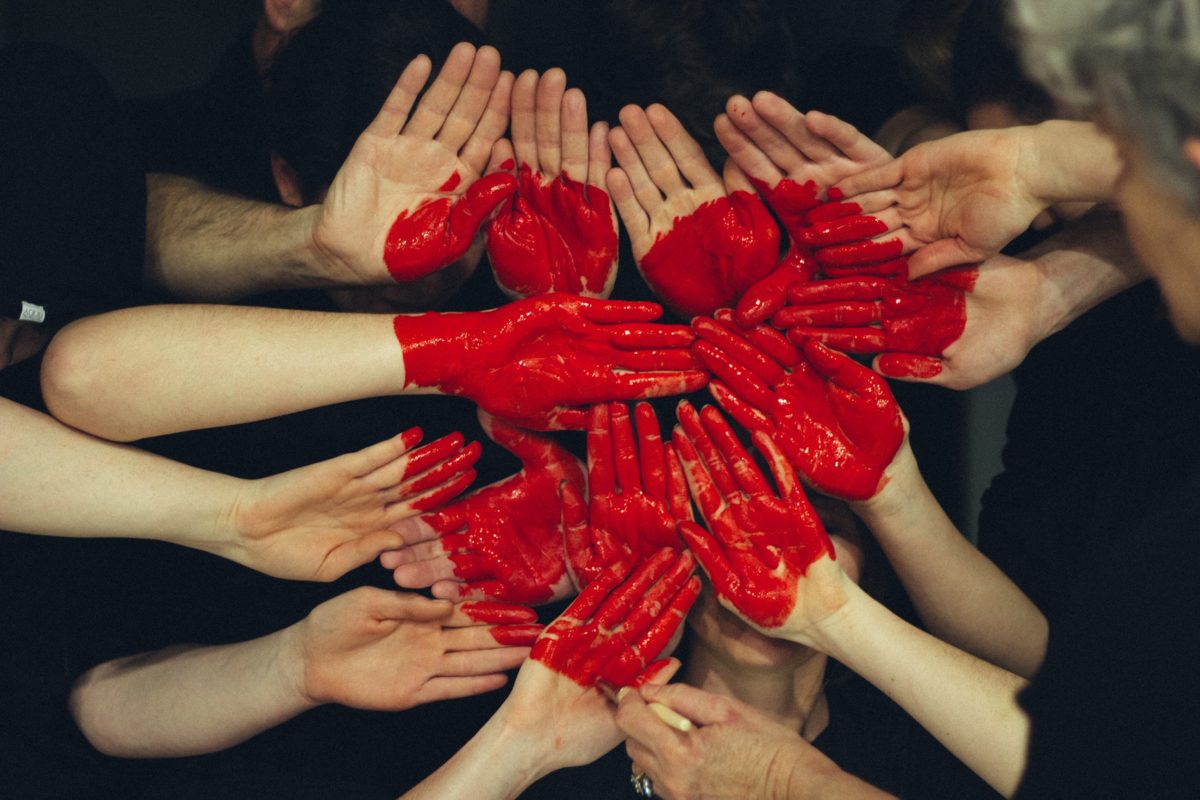 Now approaching fifty, I have survived the hormonal challenges of puberty and childbirth, and I’m hunkering down for the menopause. As I prepare for this fertility shut-down, I’m beginning to notice the stigma which has made women reluctant to share their menopausal experiences and symptoms.

My abdomen is a war zone.  I have endometriosis, adenomyosis and the kind of PMS that makes a bonfire of my usually cheerful personality, then sets it alight. And now I’m facing the many and varied effects of depleting oestrogen levels, and I don’t want to do it alone.

One in every two human beings on this planet will go through what my daughter calls, ‘Old Lady Puberty,’ but this stage in our life-cycle still seems to be taboo. In order for people to understand their own experiences, or those of friends, family and colleagues, we need to talk about the menopause, without shame and without fear.

Like our first forays into motherhood, when people relish telling us their horror stories of ripped perineums and years of broken sleep, the menopause comes with its own folklore of hot flushes and thickening waistlines. And, naturally, there are symptoms which are unpleasant and difficult to live with.

My main symptom at the moment is sleeplessness, waking early and not being able to get back to sleep. I lie in bed, heat radiating from my core, sweat running between my breasts. My moods are unpredictable, the PMS, which used to start after ovulation, now flares randomly, much like the bleeding, which my friends report comes heavily and unannounced to many of our age.

During the peri-menopausal stage (you’re only considered to have gone through the menopause after twelve consecutive months of no periods), many women suffer in silence, afraid of seeking help. The previous scaremongering about Hormone Replacement Therapy has been widely criticised by medics. More recent reports have confirmed that alcohol consumption and obesity have a far greater impact on developing breast cancer than HRT. (Must people keep telling us that wine and cake are bad for us?). If my symptoms worsen, I won’t hesitate to seek medical intervention.

My friends are putting up with many symptoms which would have me hammering on the Doctor’s door: Hot flushes, vaginal dryness, anxiety, insomnia, breast tenderness, reduced sex drive, weight gain and forgetfulness. Whilst it sounds like these are unpleasant topics of conversation, it’s hugely reassuring to hear that what you’re going through is normal, and to discuss what help may be available.

Meg Matthews says she didn’t leave the house for three months because of a sudden wave of unexplained anxiety, which she didn’t know could be a menopausal symptom. In Red Magazine she is quoted as saying, ‘I went from being a relatively outgoing person to feeling depleted by anxiety. Every day left me exhausted.’ Her advice to every woman is to talk about what you’re going through, and ask for help. I couldn’t agree more.

You know those times when your baby wouldn’t latch on, or fix and follow, then your Health Visitor tells you of the myriad of other babies who’ve developed at different stages and you can breathe again? It’s like that.

I have two daughters, one a fully-fledged teen, the other putting in the practice. I make allowances for the hormonal changes rampaging in their evolving bodies. I let them sleep late at weekends and I tolerate the old sulk and over-reaction in a way I wouldn’t if I was unaware of the changes they’re experiencing. Who’s making allowances for my exhaustion and forgetfulness?

Education is key to destroying prejudice in all areas of life, and the menopause is no different. These days, most women will go back to work after having children. The workplace can be a hostile environment for someone who’s newly prone to outbursts of tears or sweat suddenly dripping off the end of their nose in the middle of a presentation.

Wouldn’t it be better if, instead of the eye-rolling and snide comments, like, ‘She must be on the blob,’ or ‘ignore her, it’s her hormones talking,’ we were met with an understanding of what it’s like to be assaulted by physical and psychological symptoms which can inhibit our everyday lives? Ok, we’re no longer burnt as witches if we become challenging and crabbit, but there’s still a long way to go.

Menopausal women are just ageing normally. We’re not mad, or unclean, or useless. We are half the population of the world and are forced to undergo a change which is viewed with distaste or confusion. This will only improve when we begin to talk more openly about what happens to our minds and bodies during the menopause.

Children have lessons in school about going through puberty. Expectant mothers have pre and post-natal classes to tell them what will happen during pregnancy and birth – although nothing could fully prepare us for the variety of colours and textures of baby poo. Why is there no training programme for the menopause? (I see a new business opportunity…there will be wine and cake… Investment welcome)

As mothers, we have already undergone some pretty astonishing changes to our bodies and our brains. Our next step is to become the wiser, more experienced members of the community, not washed-up bitter old hags, which is often how older women are painted.

Because of my troublesome mid-section, I was terrified of the hormonal changes that pregnancy, the postpartum period, and ultimately, the menopause would wreak on me. I wish I hadn’t been so scared. Whilst none of that stuff is easy (we are creating and maintaining an actual life after all, then losing the ability to do so), I haven’t yet gone bonkers, grown a beard, or had bones so brittle they snap as I bend into downward dog.

I will not grow old gracefully. I will age with fire in my belly and a refusal to be categorised by the functionality of my womb. This will be easier for us all to do if we can remove the stigma. Let’s talk about the menopause in the same way we do about puberty and childbirth. It’s a natural part of life, not a guilty bloody secret.