In One End and Out the Other: Weaning and Pooping 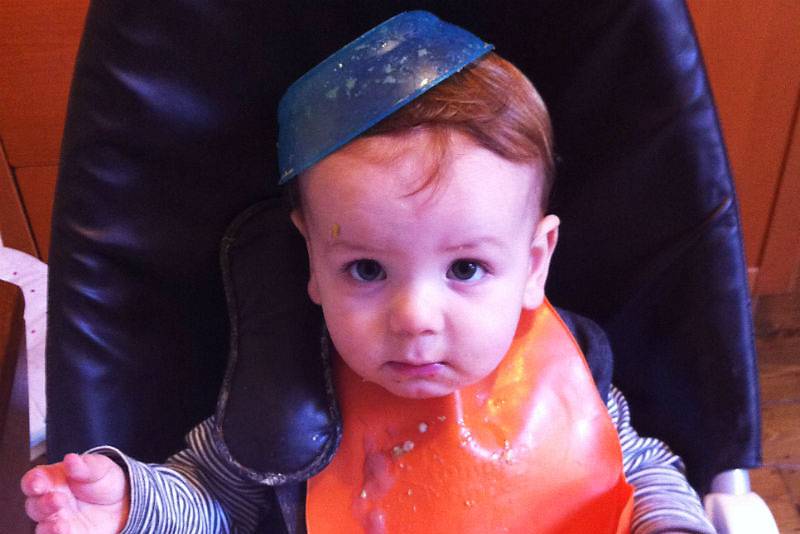 I don’t know why, but I’d never really considered the impact weaning would have on poop…

A week or so before Christmas, I started my baby on a bit of baby rice. I had no plan, I just dived straight in and made it up as I went along.

We started slowly, gradually introducing a few different fruits and vegetables, one at a time. And when I say, I had not prepared myself for the effect that nature’s bounty would have on what came out the other end, I mean NOTHING could have prepared me.

The first thing that hit me was the smell. We had experienced stinky nappies before, don’t get me wrong, but this was a new, much more potent aroma, perhaps unique to vegetarians?

The other notable thing was the consistency: this was a new sticky, gooey kind of poop! In fact, it was not too dissimilar to what went in, in terms of consistency.

I’d chosen not to purée, mainly because of the extra washing up it would create in using my food processor (it’s very much a decorative item in my kitchen). So instead I mashed my steamed fruit and veg with a fork in order to retain a bit of texture, which, I figured, would encourage the chewing action.

The weaning itself was going great. The boy had seemingly enjoyed every mouthful of everything we’d given him, with the one possible exception of sweet potato. He ate it rather reluctantly, perhaps expecting each new spoonful to taste miraculously better than the last, only to be bitterly disappointed again and again. It was probably, the sweet potato that put the nail in the coffin for his poor digestive system; a Christmas gift of constipation!

So, we saw in the new year with two days’ worth of withheld bowel movements, then on the 3rd of Jan a slow evacuation finally began.

It started in the morning with some hard pellets, not unlike something produced by a small woodland animal! These appeared throughout the morning, with rather a lot of whimpering.

They were later followed by the slightly less firm, aforementioned “sticky poops”, which came in a quantity that, frankly, seemed disproportionate for such a small human. Two days’ worth or not, where the hell had he been hiding it all?

The final stage of bowel clearance was, what I’ll call, the “liquid stage”. With the blockage cleared, the flood gates had officially opened. The resulting quantities of steaming ooze still maintained a whiff of its original scent, in this case, eau de mango!

In hindsight, we should have just offered him more water. (Our boy was only having the odd sip at meal times and hadn’t yet mastered the Tommee tippee cup) but knowing mango is a great fibre provider, I’d been offering it for breakfast and dinner, in the hope of getting things moving once more… mission accomplished!

From pellets to poop, his digestive system was (more or less) back on track and in less than a month, I had become THAT person, who nonchalantly discusses the consistency and volume of her child’s poop over coffee.

Still, at least I’m not alone in obsessing over my son’s bowel movements – I’m a Molo after all!!

Just a girl, raising a boy the only way I know how, on a full stomach, with a full heart, a full glass, and very little sleep.

The World Health Organisation and NHS both advise that solid foods should be introduced from six months, earlier weaning carries risks and should only be done under doctor supervision. If your baby seems hungrier earlier than six months, try additional milk feeds, special hungry baby formula or consult your GP. For more advice on weaning and introducing solid foods check out NHS and Baby Centre.