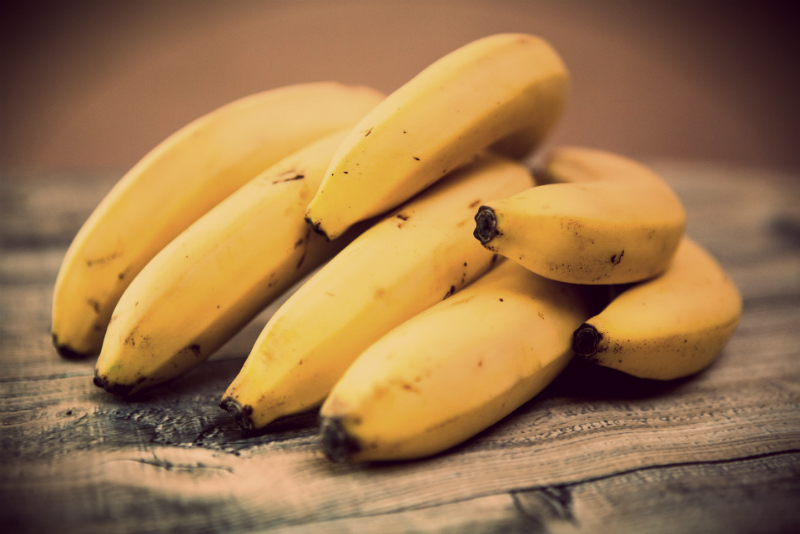 When you’re looking at weaning your little terror it seems there are broadly two approaches: traditional purees and mashed up stuff, or trendy Baby Led Weaning (or BLW).  There’s no right or wrong, no good or bad here.  It’s a matter of preference both for you and your baby.  You might really want to do purees but babs is having none of it.  Similarly you might have a baby who just refuses to chew.  It’s fiiiiiiine.  Tiny brains, remember.  Sprog will get the hang of it eventually. This is the second piece in a two-blog series about the two approaches to weaning, you can read the first part on the purée way here.

There’s no doubt that BLW is the zeitgeisty approach at the moment.  But before blenders and mass production it would have been the only available route (I’m imagining a little Bam Bam with a bone in his hair, stealing a woolly mammoth  bone off Fred Flinstone).  But to our modern tidy homes BLW can seem like the more effortful approach – all that cooking from fresh and tidying up, but FEAR NOT, we can explain.

But what is BLW I hear you cry?  In your hordes.  Well, here’s top MOLO Kate Dyson with the ‘science’ bit:

“BLW means more than no pureeing – it means allowing your child and their natural instinct to dictate how they wean. So you don’t put food in their mouth, you leave it for them to take from their tray or plate, and you allow them to eat as much as they want at any given serving without persuasive encouragement.  It appears from anecdotal evidence and minimal research that baby-led weaned children have more control over their food, develop their pincer-grip earlier, have a better understanding of flavour and a distinct preference and acceptance of different foods earlier on – but of course this can be easily argued against by traditional weaning that they all get the same point within a matter of months with sensible and varied diets being offered by parents.”

So far, so easy. So what are the rules?

Few and far between!  In an ideal world, baby eats what you eat, at the same time and at the same table.  So you shouldn’t have to modify your diet at all.

The three things to avoid are:

Anything else goes!  Curry, chilli, big chunks of cheesecake…well, maybe not.  If you add vino to your spag bog the advice is to cook it for longer (see advice here), and you might want to avoid any processed foods or ready meals due to their salt content.

But the two most important things to bear in mind are: can baby pick it up, and is it soft enough for them to mush up between their gums? Sadly this means lots of overdone veg for the grown ups too.  What would Jamie Oliver say?

It’s also worth phasing in things one by one, starting with the fruit and veg from your meal and then gradually working up to the full a la carte menu. And obvs if you’re concerned about allergies you’ll be watching for that too.

Here’s MOLO Blogger Jade Hampton to tell us how BLW chose her:

“From four months, Finn was desperate to get hold of whatever we were eating, he’d give us those big puppy dog eyes and stare us down whilst we ate anything. Obviously, my immediate thought is, four months is way too early to start weaning! So we just started off with purees, and other general mush. I used a lot of Ella’s Kitchen pouches (other brands are available), and even tried making some myself, all of no avail. Finn absolutely despised it all, and screwed his face up at everything we gave him. So after a month or so of trying, we gave up, and we waited until he was six months old, (well, fivemonths and two weeks, don’t tell the health visitors!). That’s when we started baby-led weaning.

Finn decided from the off that this was much better, and destroyed his first ever piece of wholemeal toast, and by ‘destroyed’, I mean sucked the life out of it entirely. Since then he’s had almost everything that we’ve had, bar anything too salty, sugary or spicy. His favourite by far is steamed broccoli, I think that’s because it has its own natural handle, making for easier munching.

At first, I’ll admit, I was terrified of him choking, but when he did start to struggle one day, to my relief, he was instantly sick and it all came back out again. There was no fuss and he didn’t even cry, just shoved another piece of blueberry wafer in his mouth straight away. Phew!  I’m a seasoned worrier, and I needed that moment of “holy shit”, and then “oh actually he’s okay”, to get over my constant panic!

He’s seven months old now and loving the BLW life. I’ve even started baking, and cooking myself, which is just amazing, because I am super-lazy when it comes to food usually. Baby-led weaning has forced both my partner and I, to evaluate what we are eating, and subconsciously, we are making better choices for ourselves, as well as Finn, purely because he will probably eat ours too! So long, takeaways!

So although it isn’t for everyone, BLW is definitely for us and 100% suits our happy, hungry baby boy.”

The Reality of BLW

What you and I and every BLW mum will find is that although the idea is that baby eats the same food as you, what actually happens is you end up making modified meals suitable for baby to pick up – so lots of tenderstem broccoli and super sticky rice.

Gill Rapley is the Mary Berry of BLW.  Check out her website here

Read what the NHS says about weaning here