When Baby Hears Mummy For The First Time 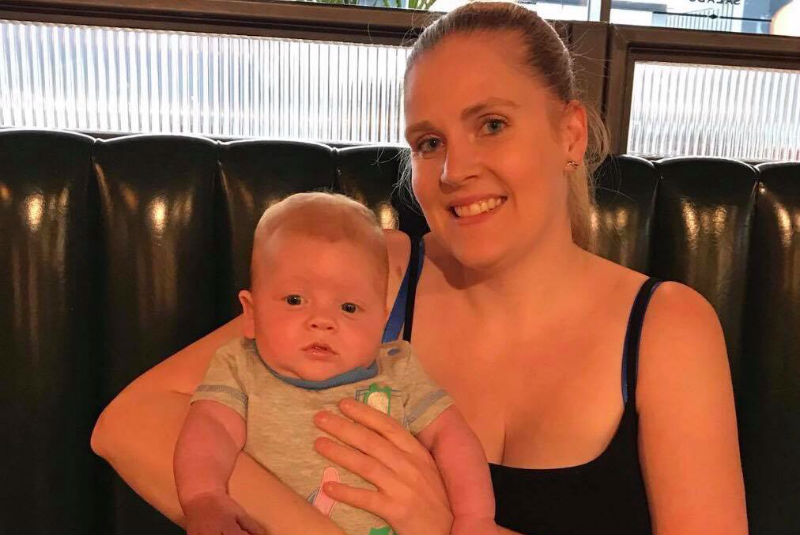 Wow, we were just blown away by this beautiful video in The Motherload® Facebook community. MOLO Stephanie Beresford shared the footage of her four month old baby boy hearing her voice for the very first time.

Oscar was born with severe hearing loss, the newborn screening programme picked up a problem and the news was confirmed when Oscar was just a few months old. Within a few weeks, little Oscar was taken to be fitted with his hearing aids for the very first time.

Thought I’d share this magical moment with all you mummies. I was told my baby boy was deaf at birth and needed hearing aids. I was so stressed and worried about how both he and I would cope but he’s done amazing he only had them fitted last week at 4 months old and now he loves them. Thought I’d share his first time hearing his mummy’s voice.

We think you will agree it’s a really special moment. Watch the video on full screen.

Stephanie’s video got an amazing response from The Motherload® Facebook group, with more than 2.3k reactions and comments. We chatted to Stephanie to find out a bit more about her, and gorgeous Oscar. She told us:

“I knew whilst I was pregnant with him that there was something wrong as he didn’t move in the womb so I had to have regular weekly scans and then fetal medical scans every few weeks as well. He was born early at 36 weeks and had to go to NICU due to breathing problems.”

So when did you realise he might have difficulty hearing?

“They did his first hearing test on NICU when he was one day old which he failed, so they came back the next day and he failed again. They then left it a week as they say babies can sometimes get mucus in their ears and that gives incorrect results however he failed the third test. So on discharge from the hospital he was referred to the specialist who saw him at four weeks old and he had a different sort of test – a more detailed one which is looking at the brain waves whilst sounds are played in his ears (he has to be fully asleep for this) this test indicated that his hearing ability was at 70-80db so severe hearing loss. This test needed to be repeated again as they have to have two results the same to confirm what loss he has.”

It must have been very upsetting…

“So it was finally confirmed only four weeks ago he was deaf, and needed hearing aids so his moulds were taken and he finally had his aids fitting nearly two weeks ago. I was devastated at first knowing he was deaf as I just couldn’t help thinking I wouldn’t be able to settle him with my voice and I was right – all he wanted was to be constantly held. He used to cry so loud, as he couldn’t hear himself crying – he has even set fire doors off in places. We have been thinking the fire alarm was going off as his cry was that high pitched. He would get startled very easily when I touched him when he was asleep so it was better to slowly blow on him to wake him up gently to look at you.”

Have the hearing aids made a difference for Oscar?

“Now he’s got his aids he’s a completely different baby he giggles at me, smiles all the time. He loves to play under the play mat with music and is so, so much easier to settle now he can hear noises and gentle music. He does cry if I take his aids out now so I wait until he’s in a deep sleep before I remove them now and both he and myself are far happier. In the future they will be looking into a cochlear implant but that’s when he’s a little older.”

Stephanie, you and Oscar are an inspiration. It’s great to see how your lives have changed for the better, and how you guys are totally rocking it. Thanks so much for sharing your story with us.