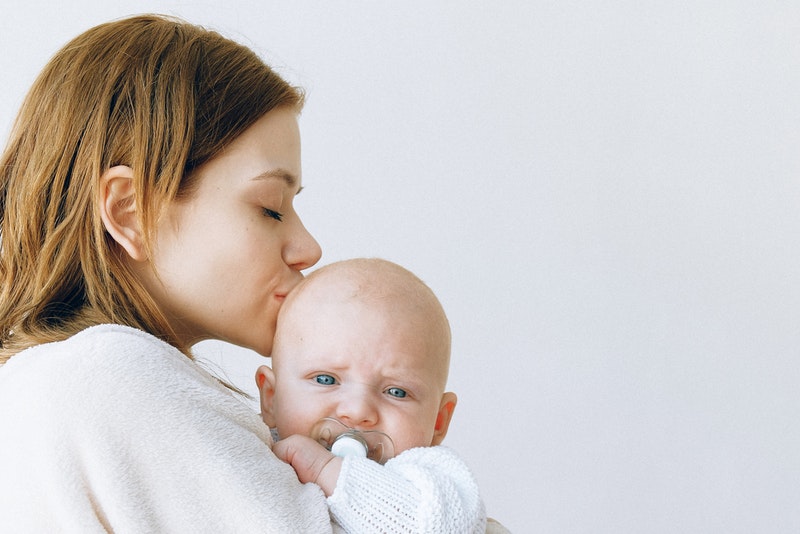 In a few weeks it will be three years since I became a single mum. My youngest was just turning three weeks old when I found out my partner of 13 years, my entire adult life, had been having an affair. Despite the evidence I found on his phone and his laptop it took him three days to admit the extent of his betrayal and when he realised he couldn’t lie his way out of what he’d done he left. Taking the dog and leaving me with our two children.

I was left with no choice but to embrace the role of a single mum. To build a new life and navigate a world I had never considered would be my own.

A world of confusion as I tried to make sense of the benefit system whilst recovering from a horrific birth and skimming the edges of anxiety and depression.

A world of humiliation as I went for STD tests on the same day as my son’s 6-week check-up.

A world of judgement as I was left speechless when an ex-colleague, on seeing I’d bought myself a new pair or trainers with my first pay check after returning to work, suggested I should thank him for buying them as it was his taxes that paid my benefits.

A world of heartache as I watched other mums at baby groups take pictures of their babies playing and laughing and sending them to their partners with heart emojis.

A world of relentless responsibility and decisions and struggle after struggle to ensure my children were happy and healthy and safe. All on my own.

But I did navigate it. I have built that new life. I moved house, I changed jobs, I got out of debt. I did all the night feeds, I changed all the nappies, I weaned, I potty trained, I chose schools, I joined PTAs, I help with homework, I attend hospital appointments and nativity plays and parents’ evenings. But being a single parent is more than just doing everything, it is also being everything. I am my children’s emotional sponge and punchbag, their spokesperson, their confidant, their way finder. Their everything. I do it all and I do it alone because, even though I have a wonderful support network of family and friends both near and far, at the end of the day, when the front door is locked and the curtains are drawn (or there is a global pandemic in full swing) there is just me. Carrying those visible and invisible burdens of parenthood alone.

It’s a hefty weight but around 1.8 million of us are doing it, day in and day out. During lockdown and otherwise. Some of those single parents will recognise my life and my journey as a single parent but many will experience it differently. Many won’t be co-parenting (incidentally a phrase I hate but that’s for another blog), many will have chosen to be single parents, many won’t have a support network, many will be recovering from years of physical and mental abuse. We all have our individual stories and circumstances but we will also share many similar challenges, struggles and joys brought about by being a single parent.

When lockdown hit, single parenting became even harder and new challenges presented themselves. Single parents like me had to decide whether or not to expose their children and themselves to greater risk by continuing visits to their other parent, often against a backdrop of court orders and uncooperative and aggressive exes. For those who didn’t face that choice, or decided the risk of children between homes was too great, there were other decisions to make and risks to weigh up. How best to take the children into shops or chemists or to Dr’s appointments? And would we even be allowed in as many shops restricted numbers allowed from one household? The fear of getting ill ourselves and how we would then look after our children. What would happen if we were physically too ill to get out of bed? Where would our children go? And for how long? And that was all on top of the most basic of concerns – how would we cope without seeing another adult for, what has turned into, months? Alongside this we are juggling work, financial issues including benefits queries no one can seem to answer, a government who until the last week have only included us as an afterthought, home schooling and bone-aching loneliness.

Even before coronavirus and lockdown, I know I am not the only single parent who has felt bemused, frustrated and often hurt by comments from non-single parents comparing their own experiences to mine as a single parent. The throwaway remarks about feeling like a single mum when their husband goes on a stag weekend or works shifts or refuses to bath the kids. But these comments seemed to have intensified over the last few months. Shouts across the park that “we’re all single mums now”, snide comments about how “at least you get to see your mum again” and sarcastic asides about how if “I’d known this was going to happen I’d have filed for divorce too”.

All this hurts because it not only feels like it trivialises our experience and misunderstands what it means to be parenting alone but that actually all our sacrifices and struggles, pre-Covid and now, are begrudged and belittled. So please stop referring to yourself as ‘feeling like a single parent’ if you are not one. Single parenting is a unique experience that cannot be fully understood unless you have done it, unless you’ve lived it every day and known that there is never someone coming back to take over, to help you step back, to share the load.

I’m sure many of these challenges I’ve mentioned impact non-single parent families too. So if they’re not unique, let’s at least say they are experienced differently by single parents. And that is the key word – differently. I’m not saying I’ve necessarily got it worse or harder or deserve more sympathy but it is different.  I know there are many non-single mums reading this now who are feeling lonely and scared and completed isolated. I’m not trying to diminish that or dismiss your feelings and I don’t want this to be a competition as to who is struggling the most. Perhaps actually, what might come out of this, is an increased awareness of the challenges of being a single mum and a greater empathy for what we are doing. But unless you are or have been a single mum you cannot go beyond that, you cannot truly know what it feels like. It is different and it is important to remember that.