Why We Should All Be Raising Feminist Sons 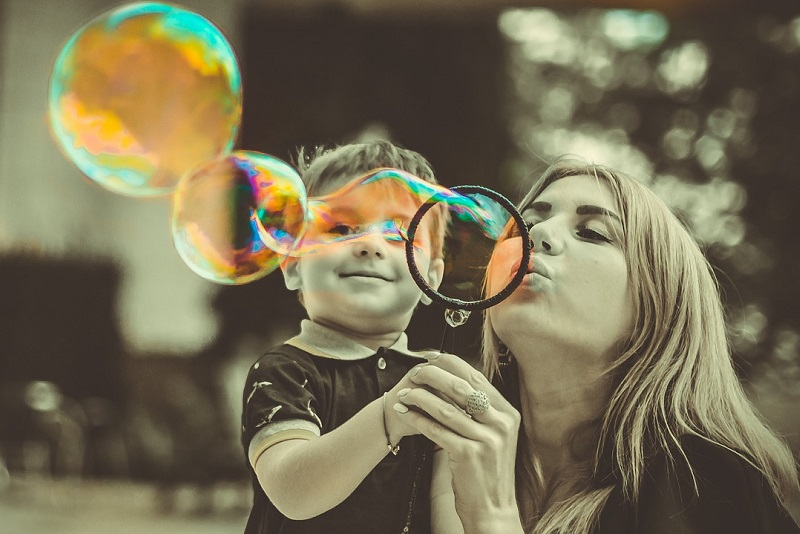 Beyonce, Adele, Ashton Kutcher, and Christina Aguilera have all spoken out about raising their children as Feminists, and raising a child who believes in equal opportunities shouldn’t be that hard for me either. I’m a working mum who hates housework but pays the bills and speak her mind.

But dare to utter the word feminist when discussing a six-year-old boy and you’ll be faced with shock, disbelief, even utter contempt. ‘A boy can’t be a feminist’ they shriek, or ‘Boys will be boys, it’s only natural to teach them they’re different’. Really? Why?

Equality – or rather lack of it – is an issue that rears its ugly head again and again in my kids’ lives, and they’re only four and six. What hope do they have if gender stereotypes are reinforced all around them on a daily basis?

It is important to me to raise a son who respects women. It’s essential that he understands that girls have as much right to play football as boys do, that if he wants a pair of pink trainers he absolutely can have them, that boys and girls should be treated the same. Base treatment on personality and ability, not gender. Makes sense, no?

And why is feminism seen as such a dirty word? I want my kids, both of them, to be feminist and proud.

Feminism doesn’t mean shouty ladies who hate men, its simply the belief that everyone should be treated equally, regardless of gender. My son has a strong sense of right and wrong, yet is already being told by his peers that girls can’t join in their games, that his pink-capped water bottle “is for girls”, and that boys don’t cry.

So what am I doing about it?

I make a point of not using words like pretty or cute to describe my four-year-old daughter. I want her to thrive with pride in her achievements, not worry that her looks will define her. Each morning we repeat the mantra “I’m kind, I’m strong, I’m an independent girl”. A mum at the school gates told her she looked like a princess last week – ‘I’m not a princess, I’m an independent girl’ she replied. Yes, she’s parroting my words, but boy was I proud.

But while the need to instil a sense of worth and strength in my daughter is important, it’s equally as important to raise a son who respects those characteristics in women.

Boys are told they need to be tough, that they shouldn’t cry, and that they’re ‘girly’ if they like certain things. They refer to toys being either for ‘girls’ or ‘boys’, they even assign gender-preference to TV programmes. But this doesn’t come from the mind of a six-year-old boy, it’s learned behaviour, these kids are only going along with the stereotypes adults force upon them.

But I’m determined to raise my son differently. He’s a feminist. All that means is that he respects women and believes in equal opportunities, regardless of sex.

Last year I bought him the famous Goodnight Stories For Rebel Girls (pretty gender-biased title, to be honest, but a great idea). We now have subsequent volumes and every night we each pick a character to read about. The girl loves 1800s Paleontologist Mary Anning while the boy’s favourite is Cleopatra. We’ve plastered ‘Inspirational Women’ over the cover because we believe this book is for boys and girls, and every night we read about an inspirational woman, be it Ada Lovelace, Marie Curie or Madonna. The important thing is that every day my son is seeing positive reinforcement of strong women who have helped shape history.

When I heard his friends telling a classmate she couldn’t join their game “because girls don’t play football” I was horrified but my son just grinned at me. I knew at that moment I could trust him not to be one of those boys. “I’d never tell a girl she can’t play with us because she’s a girl,” he told me later. “Not even if she was really, really rubbish.”

To raise feminist sons we need them to understand that while they may have different interests sometimes, boys and girls deserve the same treatment.

Yes, a lot of his female friends, and even his sister to my dismay, seem to have an innate compulsion to turn everything pink, but they also love climbing trees, building tanks, and riding their bikes really, really fast. And just like him they may also love reading, cuddles, and musicals. It’s personalities that make us different, not gender.

So stop labelling toys as girls’ or boys’. Do you need genitals to operate it? No? Then it’s a toy. Plain and simple.

Stop producing blue and pink wrapped chocolate eggs. Just produce chocolate eggs. Every time my daughter is told that her blue wrapped egg is a ‘boys’ one’ that’s another nail in the coffin for feminism. And every time my son is told ‘that side of the shop is for girls’ at Legoland he’s having a sexist mindset planted in his subconscious.

What we need to do:

Challenge stereotypes – let your son make a daisy chain, buy your daughter a tool kit, and make sure other people in their lives do the same.

Encourage respect – a throwaway comment can leave a long-lasting imprint on the mind of a five-year-old. Don’t joke about ‘women’s work’ or ‘crying like a girl’, reinforce positive attitudes using positive language.

Lead by example – cheer on your son’s female friend when she scores against him, praise the fact his headteacher is a woman – a big boss – and the fact that the Chief Medical Officer, the head of the Met, his favourite author, they’re all women.

Succeed – The best way to raise a feminist son is to show them their Mum can do anything. Face your fears, go for that promotion, take on that challenge. Let your son see you succeed, to break out of your comfort zone, and do things that neither his father, nor any other man in his life, might have done yet. Be strong and make him proud.

And this applies to Dads too. Cheer on your son’s Mum. Think about your language. Consider the roles adopted in your family. It’s everyone’s responsibility to raise feminist sons, so let’s start now.