Your Vote Counts – So Please, Use It

La Dolce Vita
Reasons To Be Cheerful
President Trump: A Vote for Racism, Misogyny and Islamophobia? 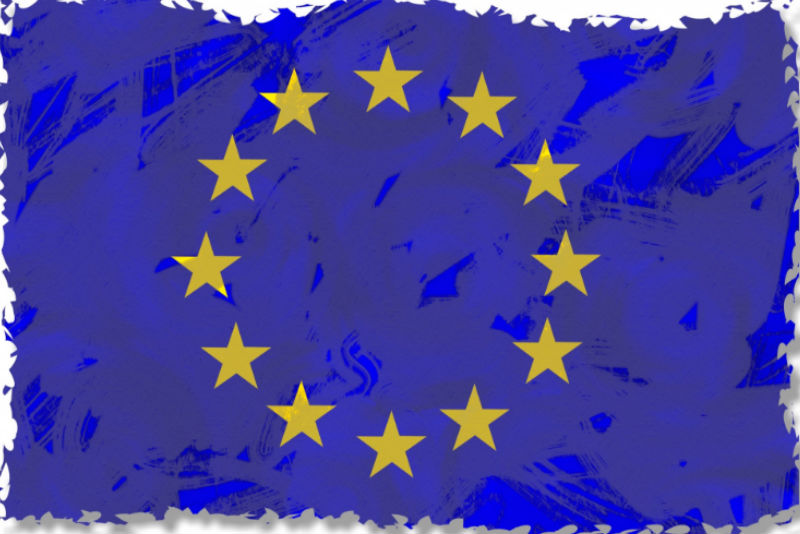 As the Remain and Leave campaigns for the EU Referendum hurtle into the final hours, the opinion polls are currently neck and neck. However, with many people in the UK still confused about which way to vote at the polling stations tomorrow, we hear from our writers on The Motherload® and The Otherload about the importance of having your say, and being a part of this momentous, crucial moment for UK history.

Geraldine Cooper: ‘We have a hand in making history’

The EU: for so long it has been the butt of jokes about bendy bananas and boring bureaucrats, and now it is at the centre of the most important political decision many of us will ever make. In a society that loves a bit of over-statement, where people are routinely hailed as “legends” and occasions deemed “momentous,” this referendum really is crucial. We have a hand in making history, and we have no idea which way things will go tomorrow.

I love politics and I find elections fascinating, but even I can appreciate that this campaign feels like it has been going on forever. I have always known which way I will vote and that hasn’t changed, but over the past few weeks I have run the gamut of emotions from apathy to anger, despair to disillusionment.

Are you in or are you out? It sounds straightforward enough, but the whole question has left many people feeling very confused.

My husband and I, who are usually on pretty much the same page when it comes to politics, have been at loggerheads throughout. We have sat and watched the same interviews and listened to the same phone-ins and agreed all the way through, only to reach totally different conclusions on which way to vote. It has been endlessly frustrating and we even had to stop talking about it for a bit, at least until he finally came round to my way of thinking (thank goodness)!

But seriously, it is not my place – or anyone else’s – to tell you or him which way to vote, goodness knows there are enough people trying to do that already… The only thing that matters is that everyone who is eligible to vote does.

All the way through this campaign, people have been asking for facts to help them decide one way or the other, but there is only one thing of which we can really be sure: your vote counts. When all the memes have disappeared from social media, the pundits have been silenced and the politicians have stopped shouting at each other, what you decide is between you and the ballot box.

I know which way I’ll be voting tomorrow, do you?

Ian Burge: ‘Tomorrow is about your children’s future’

Not only will I be taking my youngest to stay and play at the local children’s centre – always a big day for her, what with the opportunity to beeline for the messy play corner to paint herself – but I’ll also be having my say on whether I think Britain should remain in Europe.

Putting my X in the box.

I urge you to do likewise.

But who am I to tell you to vote in the EU referendum? Fair point, well made.

Okay, I see it like this. The example we set our kids is vital. They look to us for everything, which, given how often my two see me worse for wear after an afternoon subsidising West London’s ale houses, is a troubling thought.

Where I can set a good example though – and where you can too – is by showing the little ones how important it is to make your opinion count. That’s democracy, after all.

There are too many occasions when we parents are made to feel like second-rate citizens because of the kids hanging from our hands, however elections and referendums are a time when everyone in the country is on an equal footing.

David Beckham may have said he’s voting to remain, but his opinion is no more or less important than yours. You have exactly the same number of votes as he does.

Besides what could be more fun than going to vote with a child in tow? Granted I almost ended up with a spoiled ballot paper in the London Mayoral election when my nine-month-old got her hands on the pencil on a string but that’s not the point. It’s always amusing to see how the election volunteers will react when they try to hand you your ballot paper and your baby snatches it off them.

Think of it like this: what are you going to tell your kids if you don’t vote? When they ask you in years to come whether you voted in or out and you have to admit that you couldn’t even make it into the polling station?

Maybe you can’t decide what to vote. Well just ask the kids. Go on, see what they say. They’ll have a view and it will probably be as well-informed as most people’s.

The outcome of the referendum will affect your kids as much as it will affect you. Possibly more so. After all they’ll live the majority of their lives with the consequences of whatever decision the nation makes.

Tomorrow is about your children’s future. It’s about the Britain they will inherit.

You only have one opportunity to influence the decision. Please, for the kids’ sake, don’t let it slip through your fingers.

Fiona Behl: ‘I really hope people are motivated to vote’

Unless you’ve been living on Mars for the past few months you’ll know it’s Referendum time. In or out? That’s the question. I really hope people are motivated to vote because this matters just as much if not more than a general election. I get the apathy when it comes to voting at election time, because really, aren’t they all just as bad as each other at times? This time the decision is clear, cut our losses and go it alone or stay in the gang.

I must admit I’m not sure what the world will look like if we leave, each thing I hear seems to differ.  The economic arguments have been a big driver for scaring the shit out of us, will we all be poor if we leave?! Immigration is constantly thrown in the mix but I’m not against that per se, my husband and father of my daughter moved to the UK 7 years ago and like many others works bloody hard to look after his family.  Of course there are people who just want to take the piss but some of those are Brits too!

The terrible loss of Jo Cox last week has stirred my thinking even more, it would be such a shame if the great British public’s vote was influenced by fear in any way. What she stood for is massively important, and for me, the kind of compassion I’d love my daughter to grow up hearing from her elected leaders.

Happy voting and all will be revealed on Friday.

Writer. Currently on Paternity Leave, taking his turn at stay at home parenting, in West London. In charge of two young daughters.