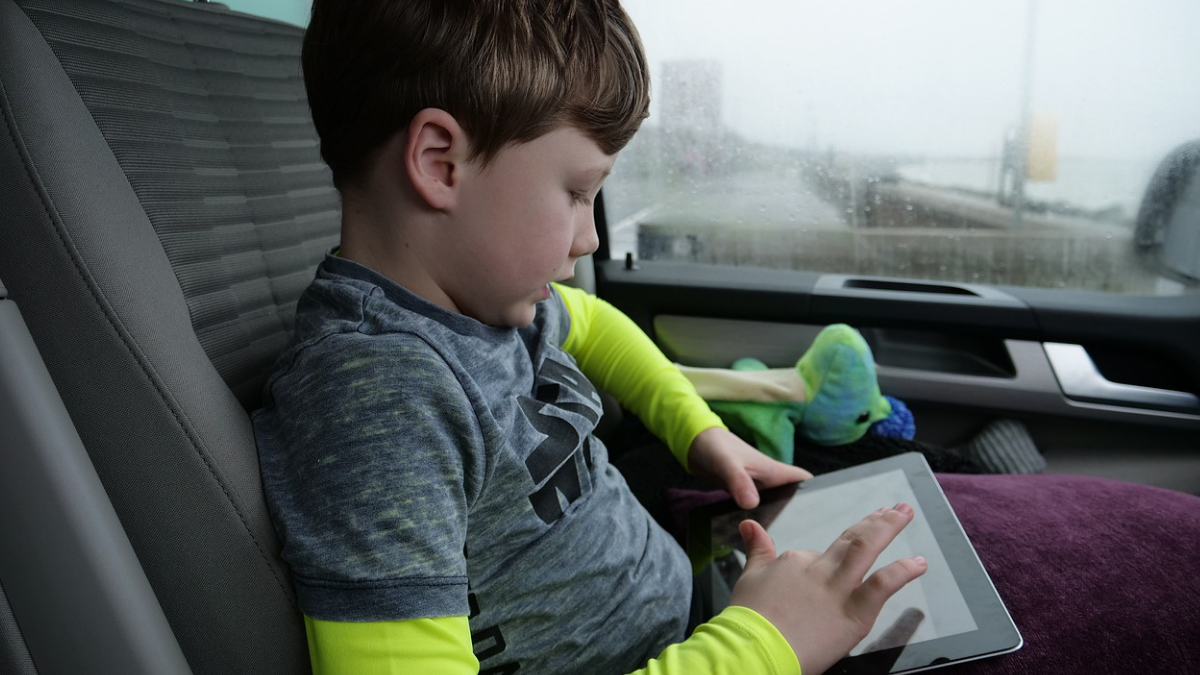 Screen time has become one of the most polarising topics in modern parenting. Some parents feel that it’s an inevitability of modern life, and that children should be allowed to explore and enjoy electronic devices fairly freely. Some believe in the educational and imaginative power of screens, but see the value in limiting time. And other parents fret about isolation and electronics addiction and try to keep screen time to an absolute minimum. Personally, I find that I fall somewhere in between the three perspectives! I’m not sure I’ll ever have a definitive stance on the matter, however many studies I may read, and however many conversations with other parents I may have.

What I do know though is that we’re depending on electronic devices even more, and there’s not exactly any indication that tech progress or utility is slowing down. A recent study on the issue found, in fact, that UK adults now spend some 40% of our time in front of screens!

This is not to say we should simply surrender to technology and live our lives through our phones, computers, and televisions. But to some extent screen and tech dependency are realities of modern life, and thus inevitable parts of our children’s lives. So while I still believe in some moderation (and certainly understand those parents who take a strict stance), I also see tremendous value in making sure that screen time is positive. In other words, if children are bound to spend at least some time with electronic devices, some thought should be given to how to make sure that time is valuable.

I’ve found that there are at least a few good ways to pull this off….

It’s an obvious thing to say at this point, but the simple fact is that our devices are useful and essential to modern life! The same idea was touched on in a previous discussion on screen time here: Screens, that article noted, are “an integral part of the world we live in,” with the lines between on and offline blurring more every day. Our kids are growing up in this world, and I think parents should actually look at this as an opportunity. More specifically, I’ve embraced the idea of allowing a bit more screen time in a way that emphasises devices’ utility.

I don’t mean anything particularly complex. But teaching kids how to responsibly check and send messages, manage social media (appropriate to their ages of course) and conduct basic research is a good way to install the idea that technology is a tool — not just a distraction or means of entertainment. Plus, handling tech time this way will ultimately give you ways to keep your kids safer when they’re out on their own! That may mean buying your little ones their own smartphones a bit earlier than you’d otherwise think to do, but there are plenty of suitable options for kids at this point, and you can generally protect the devices such that they can only be used for approved purposes.

I’ve been convinced by a fair bit of reading that there is actually a compelling argument for encouraging a limited amount of screen time, rather than trying to dissuade children altogether. Perhaps most convincing of all was a study on screen time that suggested that children who spend one or two hours a day watching TV or interacting with digital devices actually have higher levels of “social and emotional well-being” than others.

That’s an idea I buy, and something that I like to think i’ve witnessed even in my own kids (though I’ve certainly been guilty of allowing screen time to go well beyond two hours at times). However, the twist I’d add is that if parents are going to allow or encourage limited screen time, they should also try to incentivise educational content. That is to say, if you’re going to allow your child to watch cartoons on an iPad, make sure the show has an educational component (many do), or sit and watch with the child so that you can ask questions and make it a more intellectual exercise. Little things like this can help to turn a healthy amount of screen time into something particularly beneficial.

When it comes to television specifically, I actually quite value screen time as a way to enjoy some entertainment with my kids, and with the whole family (including my older daughter and my husband). And to get the little ones interested in this idea, I actually decided to invest in a new TV and speakers to bring about something of a makeshift home theatre. We hadn’t bought a new television in over a decade, and in researching a guide to modern TVs, I discovered that there are actually a lot of options that bring about superior quality. I don’t mind saying we wound up splurging a bit on a 75-inch OLED screen, and I can say unequivocally that it was worth it.

Is this in part because I enjoy morning news on a screen so rich it makes our old one look like an antique? Yes, if I’m being honest. Adults have screen time issues, too. But in all seriousness, being able to turn out the lights, put on a family-friendly film, and watch with the family as if we’re in our own private cinema has been magical. The kids love it, we all enjoy films, and it’s really one of the things we most enjoy doing as a family unit. I can’t imagine more positive screen time.

I suppose I’ve already conveyed this point in some respects. But just to highlight it specifically, I’ve come to believe that one of the best ways to make sure screen time is worthwhile or even beneficial for kids is to join in and participate with them. That means teaching them how to use certain devices or programs; watching their silly YouTube videos with them or playing games alongside them; and, again, finding some TV time or films the whole family can enjoy. This doesn’t mean that you need to (or should) oversee every moment of screen time. Kids need freedom to create, explore, and learn on their own as well. But particularly with younger children, being part of appropriately limited screen time is a great way to make sure it’s doing more good than harm.

There may not really be any right answers to the questions parents continually ask about screen time. I’ve researched all I can, and there are merits to a lot of different arguments. But I’ve found that giving up on trying to find an exact right amount of screen time, and focusing instead in the quality of that time seems to bring about a happy balance.