Does Allowing My Child Screen Time Make Me A Lazy Parent? 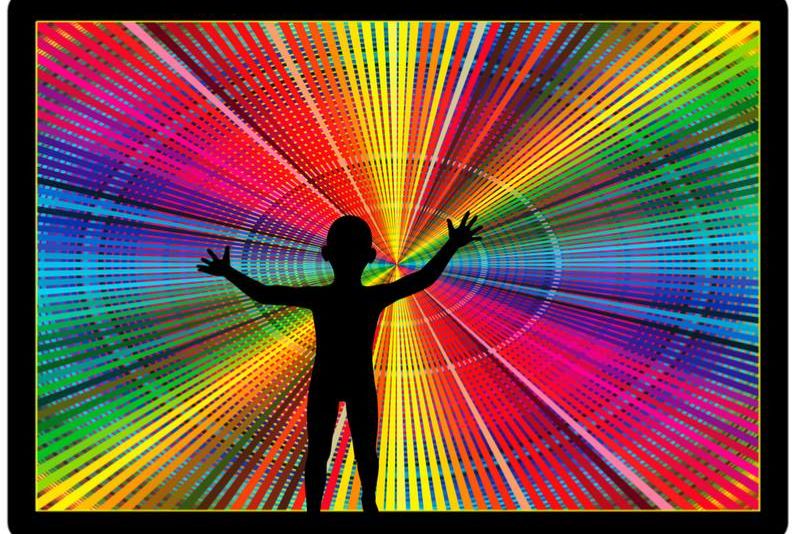 Should children have screen time or is it just lazy parenting? I know which camp I fall into…

In my daily flat white-fuelled 30 minutes of “mum power” I’m aghast at the suggestion that screen time is lazy, and resolve that I haven’t got enough room on my proverbial parental f@*k budget to care about whether the half an hour my four year old spent giving a sloth a mani-pedi at the jungle animal hair salon on her Amazon Fire will turn her into a social recluse because at least she will have a hot meal in her belly and the house no longer looks like the set for Stig of the Dump.

Fast forward to 6am the next day and, because once these doubts are in my mum brain I can’t help but be concerned, I am lying awake genuinely anxious about whether I should be more mindful of how screen time is affecting her mental and physical well being.

The daily battle of trusting my maternal instincts versus mum guilt begins and eventually moderation prevails.

Screen time is fun, exciting, imaginative, and educational. It’s brilliant. I wish I had an iPad as a child. I could wax lyrical about how good screen time can be for tiny minds. To say the internet is amazing as an education tool is clearly an understatement, the vast amount of engaging edutainment children’s apps can only be a good thing. Socially it’s great for their moral compass as so much of it mirrors their own real life and teaches them how to behave by watching the examples set by their on screen heroes. In fact, children’s TV these days is packed with so much saccharin morality that I find myself willing Suzy Sheep to knock Peppa’s block off when she refuses to give her a go on the swings. It’s a far cry from my day when it was just bat shit crazy. My favourite show when I was my daughter’s age was Pob, an alien monkey spitting at a screen and there is nothing wrong with me (excuse me while I wipe the flob from my screen).

Screens are a huge source of fun in our home, which spark a whole world of imaginative play. Screens are an integral part of the world we live in and with the lines between on and offline becoming increasingly blurred, being tech savvy won’t be a huge advantage, it will be the norm so giving them the opportunity to learn how to incorporate it into their life in a balanced way can only be beneficial.

Personal screens are a great tool to teach children self control and how to take responsibility for something. I allow my four year old up to an hour of screen time a day, often she doesn’t even bother with it but if she does that is the maximum amount. We set a timer on my phone, she presses start and stop and can choose when she has it, within reason of course and doesn’t always have it in one sitting. When she has finished we put it on charge together. Denying screen time altogether, like anything else, will only make it more alluring.

In the workplace we are encouraged to work smarter not harder but in parenting there is this competitive martyrdom and using an iPad to get jobs done or even just mentally switch off for a while is useful for everyone involved. Parenting is intense but so is being over-parented and kids need some time off. Not at the expense of running around outside, playing with their friends or any of the traditionally, good wholesome childhood stuff but just to be masters of their own destiny with a few games on a parentally controlled screen is fine. A fun distraction for kids and a chance for you to get on with adulting is surely a win win and why is that such a bad thing?

Kids learn by the example we set for them and being self-disciplined with my own screen time as a stay at home mum is increasingly difficult, not because I’m busy ‘sharenting’, as the media would have us all believe, but because we food shop, bank, pay bills, organise play dates, book outings all on one screen. And let’s face it, these sanctimonious parenting blogs don’t write themselves.

If you enjoyed this post, please visit my blog www.thetantrumtimes.com